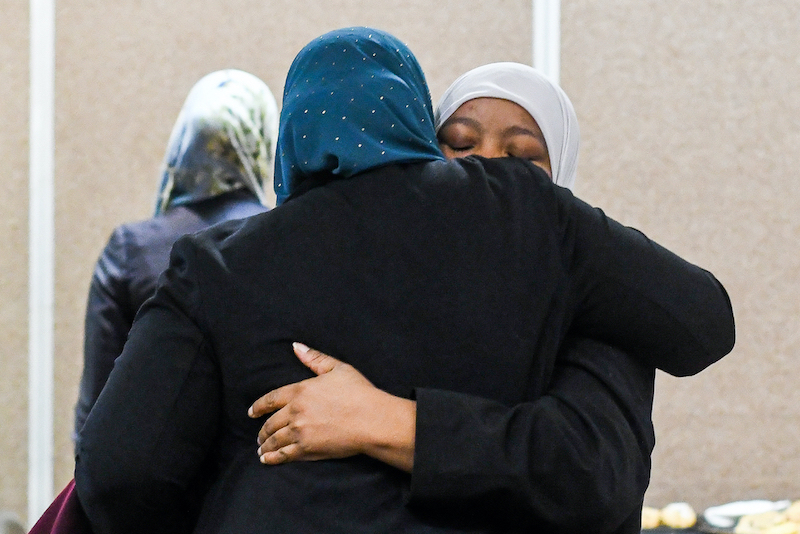 The aftermath of Sept. 11 has brought both challenges and possibilities for a national community determined to thrive.

When Sylvia Chan-Malik reflects on the aftermath of Sept. 11, she has two starkly different personal memories from the trauma.

She recalls the strangers yelling epithets at her and her young daughters on their way to Eid prayers. But she also thinks of her daughters, now teenagers, seeing Hasan Minhaj, the Muslim comedian, at a sold-out theater and reading novels about Muslim girls like themselves.

“It has caused incredible violence and pain and trauma, but it has also created incredible possibility and hope and new forms of community,” Dr. Chan-Malik, associate professor of American studies at Rutgers University, said of Sept. 11. “It absolutely changed everything.”

For 20 years the tragedy of that day has transformed American Muslim life, in deep and conflicting ways. The terrorist attacks unleashed a deluge of anti-Muslim hate and misinformation that persists today. In 2016, Americans elected a president with an anti-Muslim platform, and a surge in violence against American Muslims led a rise in hate crimes against all groups.

Yet the struggle birthed a generation determined to define their place in American life on their own terms, in ways that were unfathomable 20 years ago. Last year Ramy Youssef won a Golden Globe Award for his portrayal of a young New Jersey man struggling with his identity. Americans elected Muslims to Congress for the first time, starting with Keith Ellison and André Carson, African American converts, and then Rashida Tlaib, the daughter of Palestinian immigrants, and Ilhan Omar, a refugee from Somalia who successfully challenged the 181-year rule banning headwear in the House chamber. 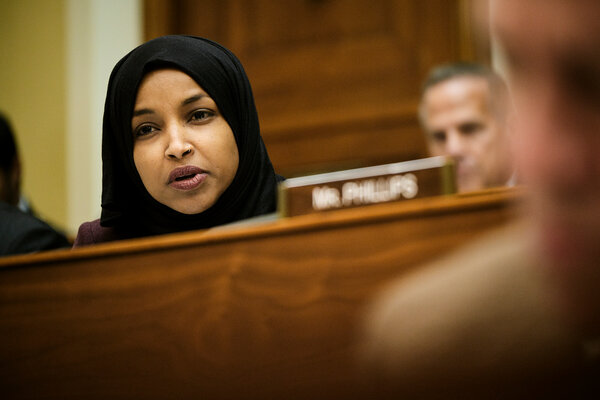 Islam has been part of the American story since enslaved African Muslims first arrived, but the past 20 years have forced a coming of age with sweeping public awareness, said Zeenat Rahman, executive director of the Institute of Politics at the University of Chicago.

“I’m not sure we’d have gotten here as quickly had it not been for the relentless microscope,” she said. “This is not just about one community. This is about what this one community teaches us about who we are as Americans.”

Since Sept. 11, the Muslim population in the United States, one of the country’s most diverse, about doubled to about 3.5 million in 2017, according to the Pew Research Center. About three-quarters of Muslim adults in America are immigrants or children of immigrants.

Twenty years ago, African American Muslims were among the most visible and had an established public voice, especially through the civil rights movement. The fallout from the Sept. 11 attacks opened their relationship with immigrant communities who shared their religion as they helped them navigate the tumultuous landscape, said Plemon El-Amin, imam emeritus of the Atlanta Masjid of Al-Islam, a predominantly African American mosque that started in the 1970s.

With the resulting wars in Afghanistan and Iraq and the registries and surveillance of people from Muslim countries, “the greatest hurt of all of this has been on the Muslim world,” he said.

Change and pain remain woven together. After an arson attack destroyed the Islamic Center of Cape Girardeau in Missouri last year, flowers and letters poured in, said Dr. Tahsin Khalid, the imam, who moved to the United States from Pakistan 30 years ago. Some local churches offered their buildings for temporary worship.

For the past 20 years in Mesa, Ariz., Rana Singh Sodhi has devoted his life to teaching others about his Sikh spirituality. His brother Balbir Singh Sodhi, who wore a turban, was shot to death at his Chevron gas station four days after Sept. 11 by a man who wrongly assumed he was Muslim. He worries about growing anti-Asian violence.

“Who do you think are Americans?” Mr. Sodhi asked. “People need to understand, this nation does not belong to one color, one person, one religion.”

Much work remains to dismantle the anti-Muslim industry, said Farah Brelvi, an interim executive director of Muslim Advocates, a civil rights legal organization formed in the wake of Sept. 11. Former President Donald J. Trump gained prominence through the “trifecta of anti-Muslim bigotry, which is anti-immigrant, anti-Black and anti-Muslim,” she said.

And, she said, there is a correlation of “hysteria” between the dozens of states that introduced legislation against sharia law and the recent rise of similar measures against critical race theory, which argues that historical patterns of racism are ingrained in U.S. law and other modern institutions.

Sept. 11 brought about a “seismic change” for American Muslims’ personal psychological existence, said Farah Pandith, adjunct senior fellow at the Council on Foreign Relations, who served as the country’s first special representative to Muslim communities in 2009. All at once, what it meant to be Muslim was defined by other people, she said, and persistent hostility took a tremendous mental health toll.

Today, Muslim schoolchildren are being asked to explain Osama bin Laden, she said. “You are seeing the scaling of hate, the rising of a fear-based narrative around Islam,” she said.

For Asmaa Abdeldaiem, 19, who grew up in Crown Point, Ind., the fear she felt after Mr. Trump’s election was similar to what she imagined that her parents, who immigrated from Egypt, must have felt after the Sept. 11 attacks. She described being born into a world without a sense of belonging. Every year, she hoped the Sept. 11 anniversary would fall on a weekend so she didn’t have to be at school and feel embarrassed or guilty as the only Muslim person in her class.

“For a lot of people, the first thing they are ever going to know about me is the fact that I am Muslim,” she said. “It’s a lot of weight to carry.”

Still, she has resources that those even a decade older than her did not. “We built up that support system that we wish we had when were children, to make it more survivable for the new issues that have come to the surface,” said Amani Al-Khatahtbeh, 29, who as a teenager started the media company MuslimGirl to correct misconceptions about Muslim women and give voice to their experiences.

By the time Mr. Trump started to push his barring of citizens of certain Muslim-majority countries from entering the United States, her audience had already expanded to be about half-Muslim and half not. A new guard has taken over, she said, as justice movements across minority groups have risen together.

“It is that solidarity that is our liberation,” she said. “That is really saving us this time around.” 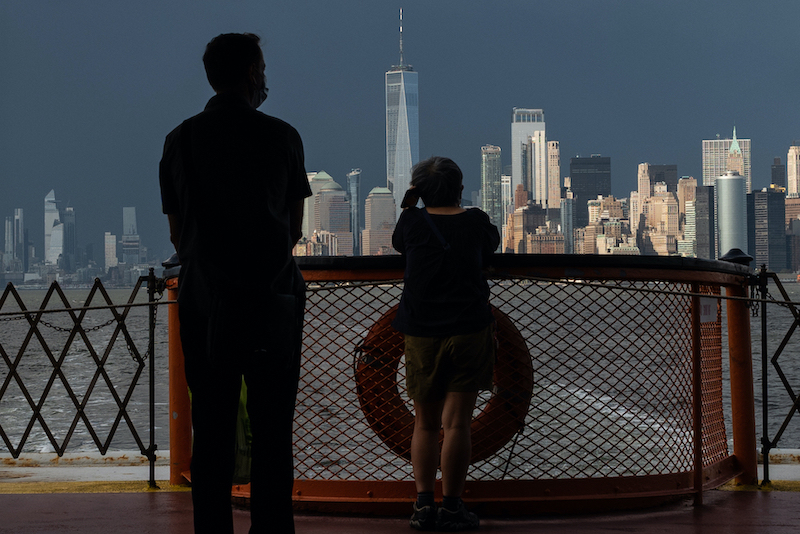 How a Viral Video
Bent Reality

How a Viral Video
Bent Reality 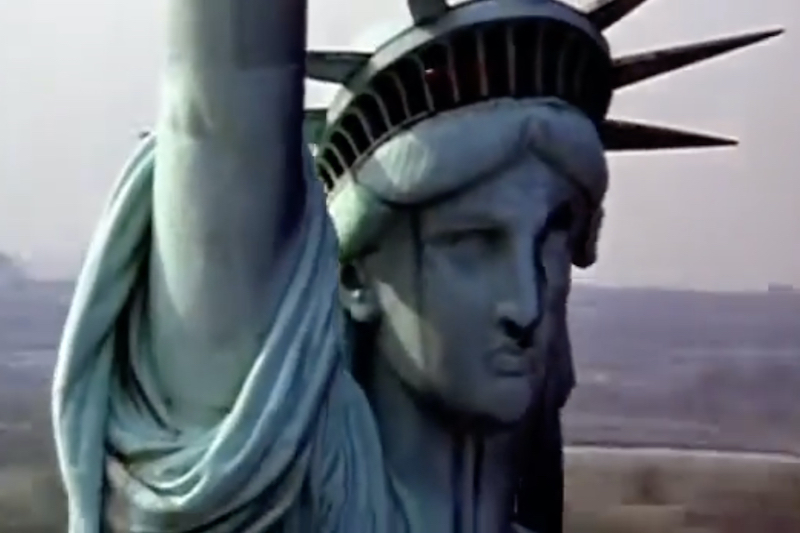 Serving In a
Twenty-Year War

Serving In a
Twenty-Year War 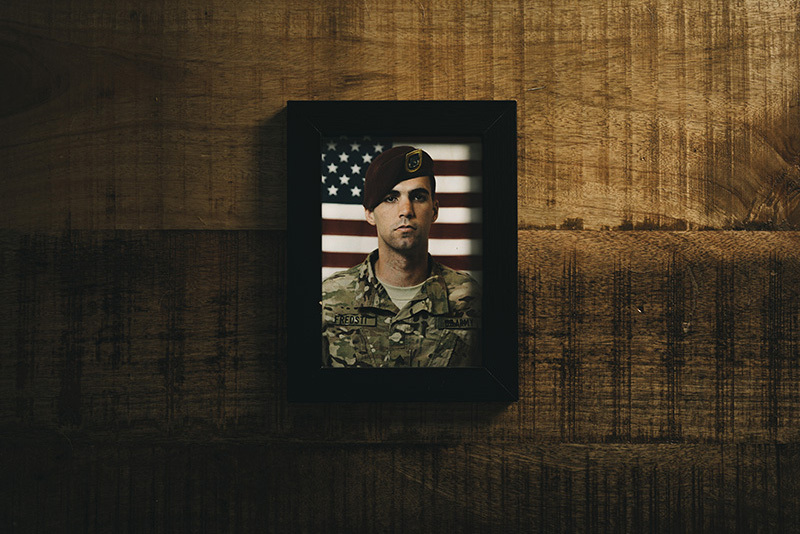