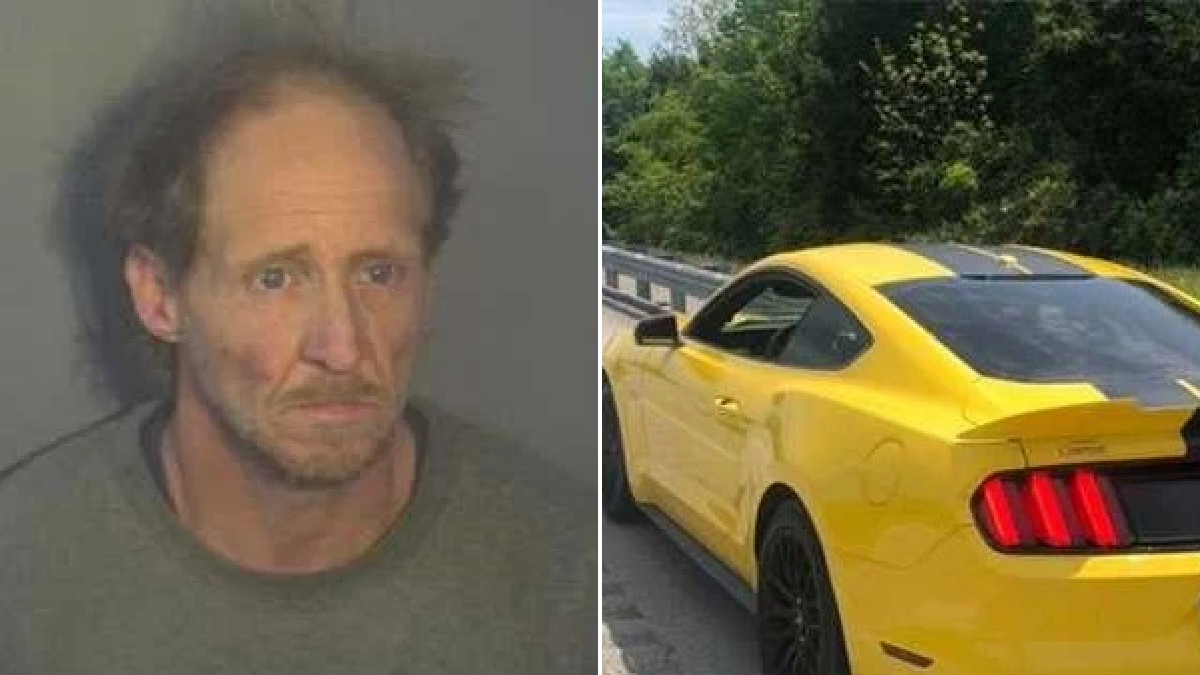 A 47-year-old man has been jailed after leading police on a 143mph chase which left him out of gas and meant cops were able to arrest him.

Steven Alford, 47, ran out of fuel while allegedly trying to evade police who tried to pull him over for speeding in Bardstown, Kentucky.

He was clocked driving more than double the 70mph speed limit on Saturday afternoon, as officers with the Nelson County Sheriff’s Office gave chase.

Alford was also driving without a valid license and was taken into custody following a ‘lengthy chase’, police said. The pursuit was only brought to a stop when Alford ran out of fuel, according to cops.

Even when he ran out of gas, Alford ‘refused to exit’ his car and was eventually dragged out of the vehicle and placed under arrest, reports WLWT 5.

Alford was charged with four counts of first-degree wanton endangerment of a police officer, first-degree fleeing or evading police, speeding over the limit, driving on a suspended or revoked license and other traffic violations.

It was not immediately clear whether he had an attorney who could comment on the charges on Alford’s behalf.