For more than 20 years, an online chat board called the Rant has been the place where New York City police officers have gone in secret to complain about their jobs — not infrequently using blatantly racist and misogynistic language.

But even by the website’s vitriolic standards, scores of recent posts by a user who calls himself “Clouseau” have been especially disturbing.

Between the summer of 2019 and earlier this fall, “Clouseau” posted hundreds of messages on the Rant, many of which attacked Black people, Puerto Ricans, Hasidic Jews and others with an unbridled sense of animus.

He called the Bronx district attorney, Darcel D. Clark, who is Black, “a gap-toothed wildebeest” and referred to former President Barack Obama as a “Muslim savage.”

Now, city investigators say they have amassed evidence that “Clouseau” is a high-ranking police official. And not just any high-ranking official — the one assigned to an office responsible for combating workplace harassment in the Police Department.

The inquiry was conducted by the City Council’s Oversight and Investigations Division, which put together its findings in a 13-page draft report that was obtained by The New York Times. The division is overseen by Councilman Ritchie Torres.

The police official, Deputy Inspector James F. Kobel, adamantly denied that he had written the racist messages. The posts have been taken down since the Council began its inquiry, and the profile deleted.

After The Times asked the Police Department about the posts last month, its Internal Affairs Bureau opened an investigation.

Inspector Kobel denied the allegations to his superiors, a police official said. But on Thursday, he was relieved of his command of the Equal Employment Opportunity Division and placed on modified assignment pending completion of the department inquiry.

“This is abhorrent behavior,” Richard Esposito, deputy commissioner of public information, said about the messages. “Whoever wrote these posts has stained the reputation of the Police Department and its tens of thousands of honorable officers and civilians.”

Mr. Esposito noted that the investigation, which began three weeks ago, had not yet been completed and that substantial work remained to be done. But he said “the evidence at this stage points at the police executive,” referring to Inspector Kobel.

“Deputy Inspector Kobel has cooperated with the investigation,” he said, “but given the nature of the allegations and the sensitivity of his assignment, the decision has been made to remove him while the investigation proceeds.”

At the outset of the Internal Affairs inquiry, Inspector Kobel voluntarily provided investigators with his personal cellphone and computer, and they viewed the postings as not in keeping with his public persona and reputation, the police official said. The official spoke on the condition of anonymity to discuss an open investigation.

That assessment echoed the appraisals of several current and former co-workers, who said in interviews with The Times that the inspector was quiet, low-key and strait-laced.

Police investigators considered the possibility that Inspector Kobel had been framed by someone who had purposely peppered the posts with details about his life — many, if not most, of which could be found through research on the internet.

But the inquiry turned up more evidence that pointed to Inspector Kobel, the police official said, including an email on his personal computer from the Rant message board that acknowledged his screen name was “Clouseau.”

Police investigators also found on his personal cellphone a copy of the digital photo the anonymous writer used on the message board as an avatar — a picture of the Peter Sellers character Inspector Clouseau from the film “The Pink Panther.”

Inspector Kobel, 50, has served in several senior positions on the force during his nearly 30-year career and currently oversees a unit responsible “for the prevention and investigation of employment and harassment claims,” according to its website.

Councilman Torres said his investigative team had compared posts from the Rant with public information and determined that Inspector Kobel and “Clouseau” share “a number of specific professional and personal characteristics.” 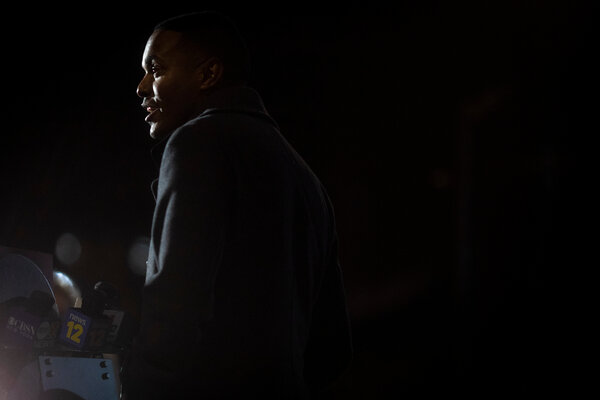 Mr. Torres said he was “as confident as I could be” that the two people were the same man because the commonalities were “too coincidental to be a coincidence.”

The head of the Captains Endowment Association, the union that represents Inspector Kobel, defended him in a statement, calling him “a dedicated professional” and suggesting that he had been framed by someone unhappy with the outcome of one of the thousands of internal harassment investigations he had conducted in recent years.

“Clearly, he has angered some people along the way,” said the union leader, Capt. Chris Monahan. “In any event, he looks forward to being fully exonerated when all the facts come out.”

The council’s interest in “Clouseau” began this summer, he said, when an investigator on Mr. Torres’s staff was casually scrolling through the Rant after seeing it mentioned in New York Magazine.

The posts by “Clouseau” caught the investigator’s attention because they were filled with “shocking invective,” Mr. Torres said. “Clouseau” had also publicly revealed substantial biographical details about himself, leaving a trail for the investigator to follow.

On July 1, 2019, for example, “Clouseau” left a message describing how he had joined the Police Department on June 30, 1992, recalling it as an “unbelievably hot” night. Using city payroll records, the investigator determined that Inspector Kobel had joined the force on that date.

In January, “Clouseau” wrote that he had once worked “in Housing” under “JJ,” whom he referred to with an obscenity often used to refer to women. According to Inspector Kobel’s LinkedIn page, he too served in the department’s Housing Bureau — from 2012 to 2014 at a time when it run by a female chief, Joanne Jaffe.

On Oct. 29, 2019, “Clouseau” left a long post on the Rant recalling in detail how he had proposed to his wife on Dec. 10, 2005. Mr. Torres’s investigator later found a gossip article from the New York Post, dated Dec. 15, 2005, offering congratulations to a woman on her engagement to “Jimmy Kobel.”

Tracking down a Facebook page for the woman, the investigator determined that she was in fact married to Inspector Kobel. Property records showed that the couple owned a home together on Long Island.

In yet another connection, “Clouseau” once posted on the Rant that his mother died on Feb. 21, 2019, “after suffering for a few years from dementia.”

The investigators tracked down an obituary for Inspector Kobel’s mother, Elizabeth Frances Kobel, who died on the same date. The obituary asked that donations be made in Ms. Kobel’s memory to the Long Island Alzheimer’s Foundation.

The Times has independently verified these and other connections.

Mr. Torres, an Afro-Latino Democrat from the Bronx who won a seat in Congress on Tuesday, prepared his report at a highly charged moment, when people across the country were questioning how the police have traditionally dealt with Black and Hispanic communities.

Since the death of George Floyd this spring at the hands of the police in Minneapolis, hundreds of thousands of New Yorkers have taken to the streets to protest police brutality and what they have described as the systemic racism inside the department in New York.

Mr. Torres, who is openly gay, has also been on the receiving end of personal attacks from some leaders of the city’s police unions.

The report, which was documented by extensive footnotes and included a 26-page appendix of supporting materials, describes a series of posts by “Clouseau” reaching back to at least summer 2019.

In one, the writer called Representative Ilhan Omar of Minnesota, a Somali-American Democrat, a “filthy animal.” Another post labeled Dante de Blasio, the Black son of Mayor Bill de Blasio, as a “brillohead.”

When City Council Speaker Corey Johnson, who is white and gay, demanded an investigation into the department’s use of pedestrian stops, “Clouseau” wrote, “Perhaps we should all take a step back from Stop, Question, and Maybe Frisk, until dear old Corey ends up the victim of a crime in one of the local bathhouses.”

Inspector Kobel, reached by text message and given a second opportunity to respond to the report, once again denied being “Clouseau.”

“Nonetheless, despite my denial, it will likely end my career,” he wrote. “Where do I go to get my reputation back?”