[Want to get New York Today by email? Here's the sign-up.]

It’s Monday. Happy Data Privacy Day. Your apps know where you were last night, and they’re not keeping it secret.

Weather: Sunny but cold all day, with temperatures not budging above 30. Rain tomorrow, turning to snow tomorrow night.

Alternate-side parking: in effect till next Monday. 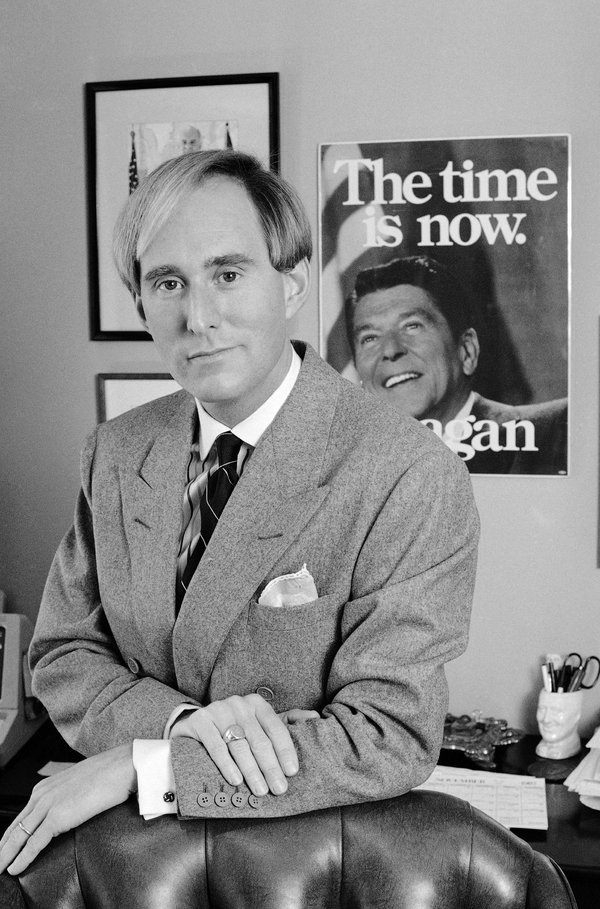 Roger Stone, the Trump adviser and self-proclaimed dirty trickster arrested on Friday at his home in Florida, is the latest figure indicted in the Mueller probe investigating Russian interference in the 2016 election.

But long before his present appearance on the national stage, Mr. Stone perfected his bare-knuckled brand of political warfare in New York.

Back in high school in Westchester County in the late 60s, Mr. Stone said he orchestrated the ousting of the student president and elevated himself.

“I built alliances and put all my serious challengers on my ticket,” Mr. Stone told The Times in 1999. “Then I recruited the most unpopular guy in the school to run against me. You think that’s mean? No, it’s smart.”

Other highlights from Mr. Stone’s activities in New York:

1980: He helped run Ronald Reagan’s presidential campaign in New York and Connecticut. The Times called him “equally adept at cajoling or threatening.”

2000: Mr. Stone and Mr. Trump agreed to pay a $250,000 fine to the state and apologize for running newspaper ads under the name of a front group for Mr. Trump’s lobbying effort against casino interests in the Catskills.

2007: Mr. Stone was forced to quit working for the New York State Senate leader Joseph Bruno after he was accused of making a threatening phone call to the ailing father of Gov. Eliot Spitzer. (Mr. Stone denied it to me and told me he was getting a tattoo of Richard Nixon’s face on his back during the time of the alleged call.)

2008: Mr. Stone took credit for unearthing evidence that drove Mr. Spitzer from office, which Mr. Stone said he obtained from a prostitute at a sex club in Florida.

2010: Mr. Stone advised the campaign for governor of Kristin M. Davis, the former madam who claimed to have supplied prostitutes to Mr. Spitzer.

One night a year, hundreds of volunteers fan out onto New York’s streets to count the number of people sleeping on sidewalks, living in encampments in parks or calling the subway home.

This year’s annual Homeless Outreach Population Estimate, known as the HOPE count, happens from 10 p.m. tonight until 4 a.m. tomorrow. About 3,500 people have signed up to help count, the city Department of Homeless Services said.

The survey is mandated by the U.S. Department of Housing and Urban Development to estimate how many homeless people are living sheltered and unsheltered nationwide, which determines federal funding.

Last January, an estimated 78,676 homeless people lived in New York City, the most of any city in the country, according to HUD data.

To keep counters on their toes, paid decoys will roam the streets in what is known as the Shadow Count. The more of them that volunteers find during the HOPE count, the more accurate it is supposed to be.

Best of The Times

Cop-turned-author-turned police official: Edward Conlon, a retired city detective and the author of the best-seller “Blue Blood,” is now the director of executive communications for the city’s police commissioner.

No safe haven: An Islamic enclave near the Catstkills has repeatedly been targeted by online conspiracy theories.

Armani redecorates: The redesign of its Madison Avenue store to include branded apartments above shows how the luxury market is turning from goods toward experiences.

Paths to power: An interactive map shows how each member of Congress got to office.

Shot at a vigil: Four young women were shot at a vigil in Newark for two teens killed in a car crash. [CBS New York]

State Court officers cooperated with ICE agents in arrests at courthouses: Documents were obtained through a Freedom of Information Law request. [DocumentedNY]

A $30 minimum wage? One candidate for public advocate is pushing the idea. [Patch]

Leave that email for the morning: A City Council bill would ban employers from requiring workers to respond to electronic communications after hours. [NBC]

The author of a new book about the damage done by misdemeanor criminal charges and high bail speaks at the Brooklyn Historical Society. 6:30 p.m. [$5]

Ever wonder what it’d be like to live through a zombie outbreak? At the New York Hall of Science, you can play a simulation. Through Feb. 15, times vary. [$11 adult, $8 child]

And finally: Valentine’s Day, at a fast-food joint

Last week we told you about the Bronx Zoo’s unconventional way of celebrating Valentine’s Day: by naming a roach after your loved one.

The chain famous for its greasy sliders has a long-running tradition of offering table cloths, candles and table service on Valentine’s Day.

As a vegetarian, I would not normally visit White Castle. But the hamburger chain — whose first location in New York City opened in 1930 — now offers a plant-based “Impossible” burger that “bleeds."

The website Eater called it “one of the country’s best fast-food burgers, period.”

“The searing process imparts them with a golden, caramelized, Maillard-style char,” Eater raved. “This stands in stark contrast to the chain’s standard slider, where a paper-thin beef patty, plagued by a sickly gray hue, looks like someone shaved the wrong end of a cow over a mandoline and microwaved the result.”

Metropolitan Diary: After it’s over

When Sam and I broke up, I decided to sell everything. New York makes it easy.

The woman who bought our kitchen table was from Williamsburg. She appeared to be around my age, late 20s, but I could be wrong. She left in an Uber after I detached the legs for her.

A friend bought a pair of printed fabric chairs for $80. She also took some shelves and a plant. Sam never watered the plants anyway. One time I joked that all of our plants had an absent father. It’s the kind of joke that makes me sad now.

The blue couch went to two girls from Crown Heights. They were younger than me, but not by much. I told them it was comfortable enough to sleep on if you removed the back cushions. Sam’s dad slept on it when he visited from California.

The bookshelf went to a former co-worker who lives in Manhattan. I kept the books.

I sold the night stands to Julia, a hometown friend, someone I knew could handle color. They were bright yellow.

I sold the coffee table to a very demanding woman who contacted me through Craigslist. It was the first time I had ever gotten a cashier’s check.

A couple bought the curtains. They didn’t need the curtain rod so I left it for the next tenant.

The red kitchen chairs were Sam’s. They were harder to sell, but someone eventually bought them for $40. The man who bought them kind of looked like Sam.

Is it weird that I’m jealous of our furniture? It found a new life so quickly. I worry that it’s going to take me a long time.