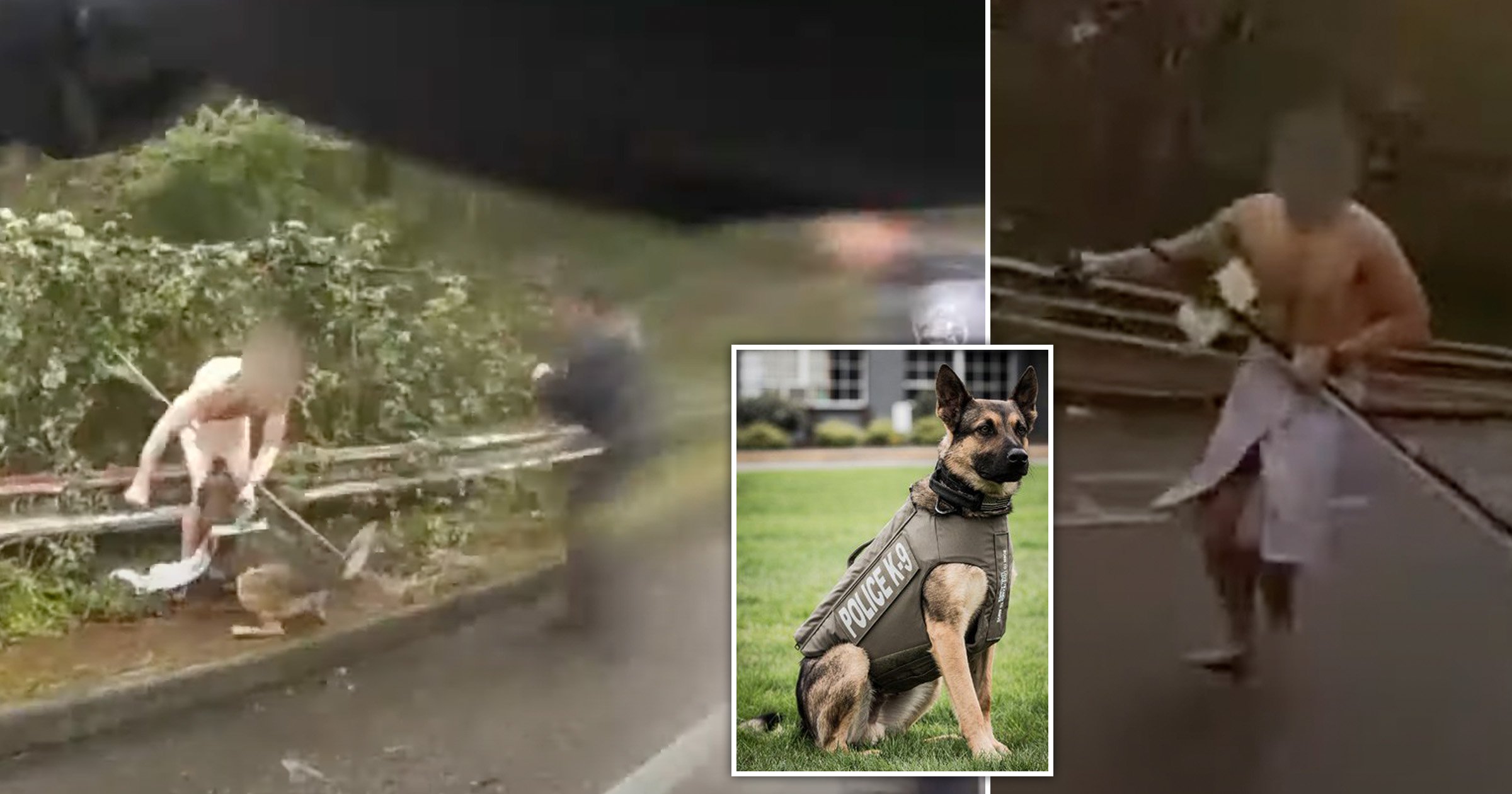 A Seattle police officer shot and killed a burglar wearing just a towel around his waist after he fatally stabbed a police dog and injured another officer.

Disturbing bodycam footage released over the weekend shows the moment two officers began pursuing the burglary suspect on January 5. In their pursuit, the burglar stabbed a police officer in the face and killed a police dog named Jedi.

According to the video posted on the Seattle Police Department’s online blotter, the homeowner told police the burglar had entered his home and threatened him with a machete.

Officers spotted the suspected burglar leaving the residence barefoot and wearing nothing but a towel wrapped around his waist. The footage shows a man with a baseball bat that was following him and stopped as a police car turned.

An officer follows on foot with Jedi, the police dog, running after the suspect, closely followed by a police car.

The officer then yells at the suspect to stop. The video shows the suspect crossing the road, machete in hand, as the second officer warns he is armed with a machete.

The sergeant yells at the suspect, who was yelling incoherently, to stop, body cam footage shows. The suspect kept running as police followed, yelling to stop and get on the ground.

The K-9 officer released Jedi, who ran toward the suspect and grabbed at his towel. The suspect, holding onto a roadway railing, then stabbed Jedi numerous times. He then stabbed an officer in the face, the video shows.

Seven separate shots can be heard in the video.

The officer who opened fire — who has been with SPD for 15 years — has been placed on paid administrative leave per department policy.

This matter remains an active and ongoing investigation by the Force Investigation Team and the Office of Police Accountability, the department said.