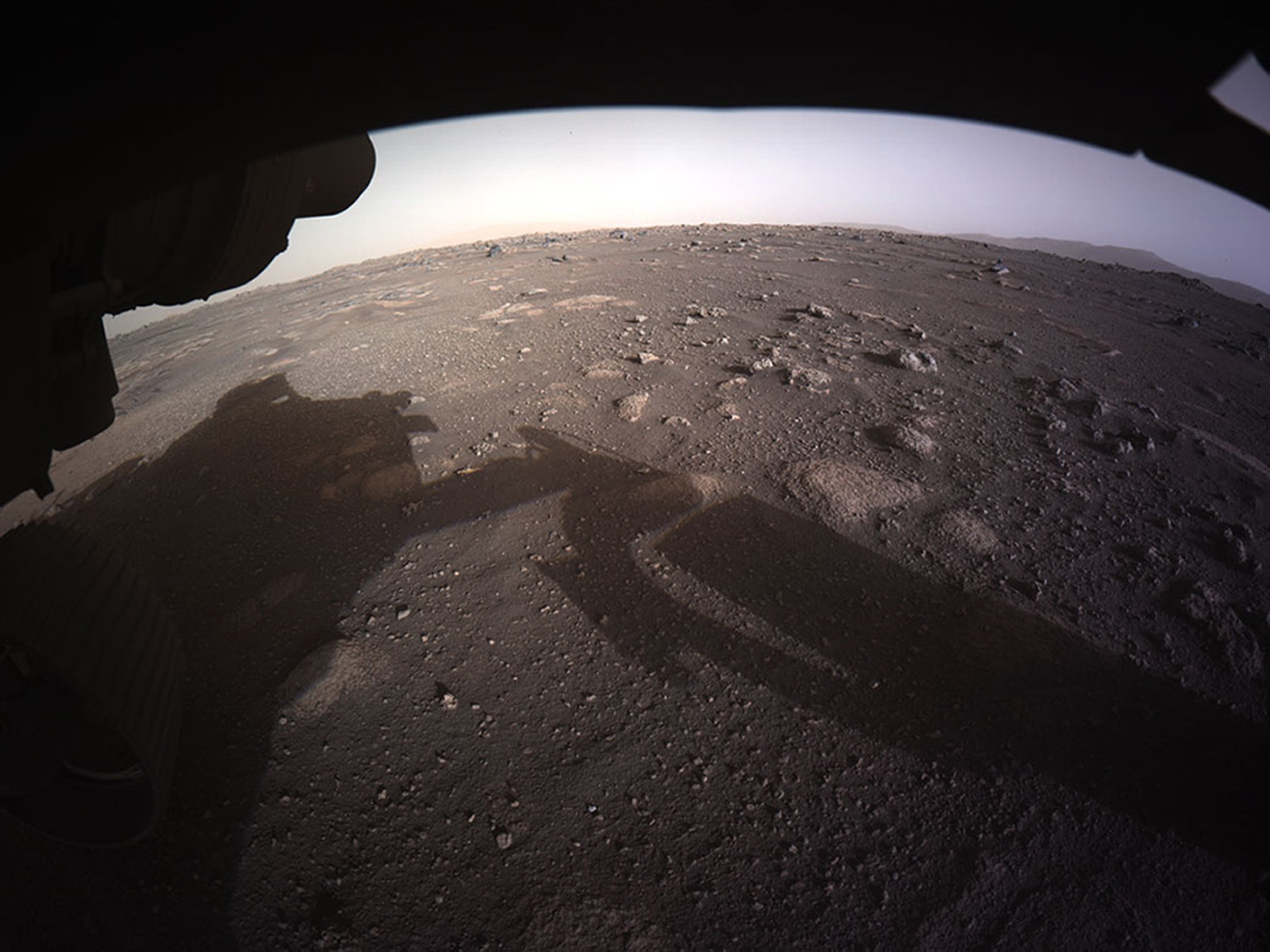 Nasa has released a stunning color image of the surface of Mars shot by its new Perseverance rover. The daylight snap – intended as a teaser for far more dramatic imagery to follow in the coming days – showed the dusty surface of the Red Planet, with a mountainous outcrop visible in the distance.

Shadows cast by Perseverance are also visible in the photograph. Another newly-released photo shows one of Perseverance’s wheels on the planet’s surface, while a third showed the rover from above as it parachuted in to land on Mars’s Jezero crater on Thursday afternoon.

Perseverence has been equipped with five high-resolution cameras, with further photos – and videos – from the descent and taken on the surface of Mars expected in the coming days. They will provide the clearest images ever of the distant planet.

The craft made its successful landing on Thursday evening, after a nail-biting descent whose dangers saw it dubbed ‘seven minutes of terror.’

Perseverence is the first spacecraft to land on Mars since Nasa’s Curiosity rover in 2012. It took off from Cape Canaveral in Florida in July 2020, and has spent the last seven months completing the 293 million mile trip to its destination.

The nuclear-powered, $2.2billion spacecraft will spend the next two years drilling into the surface of the Jezero crater and collecting samples, which scientists hope to collect and return to Earth on a future mission.

They are keen to see if the crater – once believed to be the site of a vast lake – was ever home to life.

A drone attached to Perseverance will also take-off in the coming days. It will be equipped with two cameras, and will be the first human-powered flight ever to take off on another planet.

That flight is also intended to give pilots practice in flying in an which is just 1% of that found back on Earth.

Information gleaned from Perseverance’s trip to Mars could also bring a manned mission to the Red Planet one step closer.

Nasa is currently in very early-stage planning for such a mission, which is still likely to be decades off.

Meanwhile, Russia has says it hopes to put people on Mars sometime between 2040 and 2045.