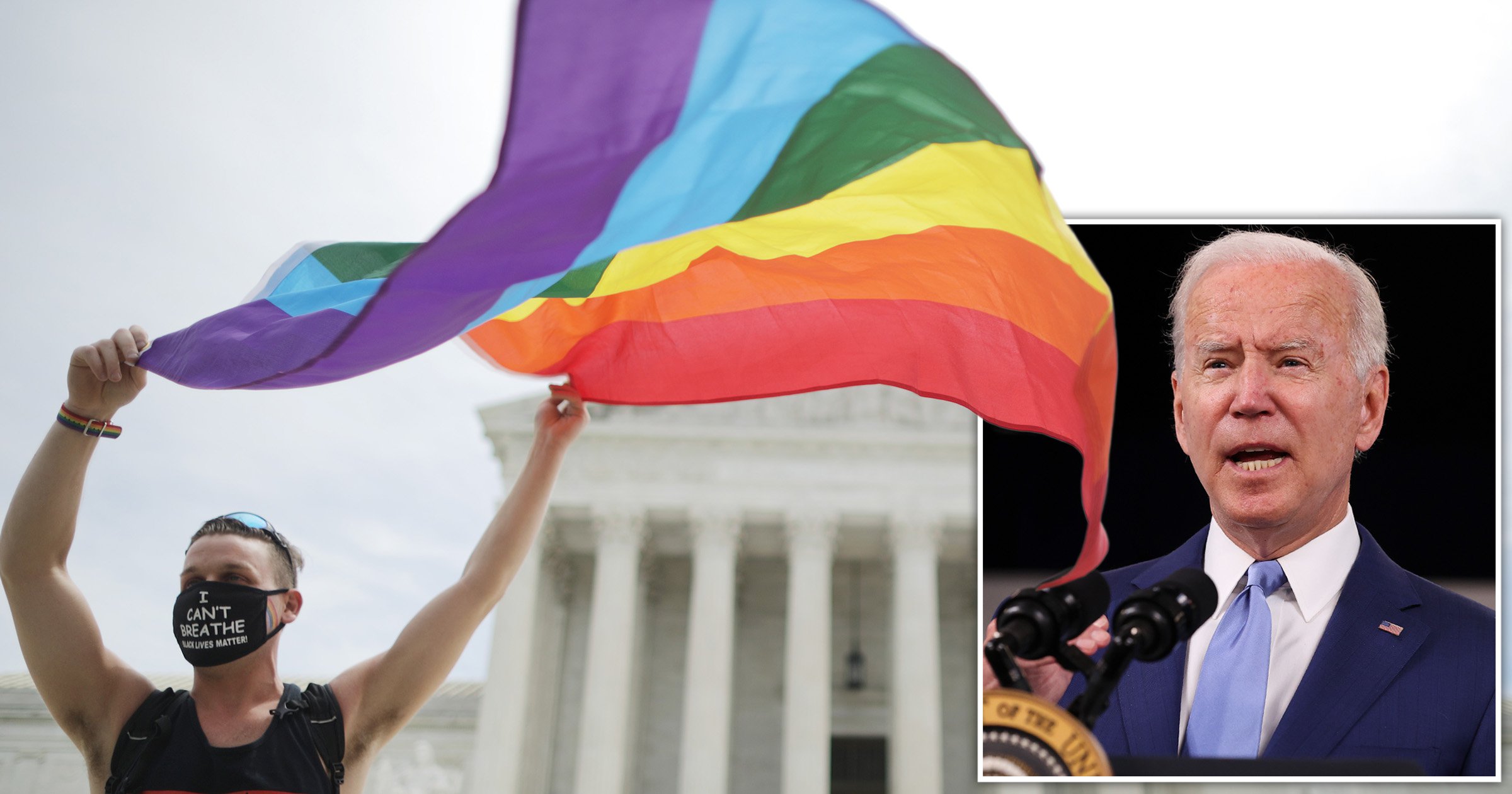 President Joe Biden on National Coming Out Day called for anti-LGBT bills in state legislatures to be defeated and for the Senate to pass the Equality Act.

Biden noted the US’s ‘extraordinary progress’ in a statement on Monday, the day supporting lesbian, gay, bisexual, transgender and other identities ‘coming out of the closet’.

But the president said the country is not yet done with its ‘work to ensure the full promise of equality’.

‘We must continue to stand together against these acts of hate, and stand up to protect the rights, opportunities, physical safety, and mental health of LGBTQ+ people everywhere.’

Biden brought up ‘discriminatory bills’ passed by states including Texas, Arkansas and Tennessee putting restrictions on transgender people. He also pushed for the passage of the Equality Act, which would ban discrimination on the basis of sexual orientation, sex and gender identity.

‘From defeating discriminatory bills to passing the Equality Act, we have more work to do to ensure that every American can live free of fear, harassment, and discrimination because of who they are or whom they love,’ Biden stated.

The president pointed out that his administration includes LGBT officials and that it has protected transgender individuals’ ability to serve in the military. Biden signed an executive order in January reversing former President Donald Trump’s policy which largely prohibited transgender people from serving in the military.

Biden also told the LGBT community that his administration ‘will always have your back’ and fight for ‘the full measure of equality, dignity and respect you deserve’.

‘To LGBTQ+ people across the country, and especially those who are contemplating coming out: know that you are loved for who you are, you are admired for your courage, and you will have a community – and a nation – to welcome you,’ Biden stated.

National Coming Out Day was celebrated in the US for the first time in 1988 to raise awareness around the LGBT community. It is observed annually on October 11.