Unvaccinated people in the affected areas in Brooklyn have been ordered to get vaccinated for the virus or face fines of up to $1,000 (£765).

The measles virus is highly contagious and can lead to serious complications and death.

The city’s largest outbreak since 1991 has mainly been confined to the Orthodox Jewish community in the borough’s Williamsburg neighbourhood. 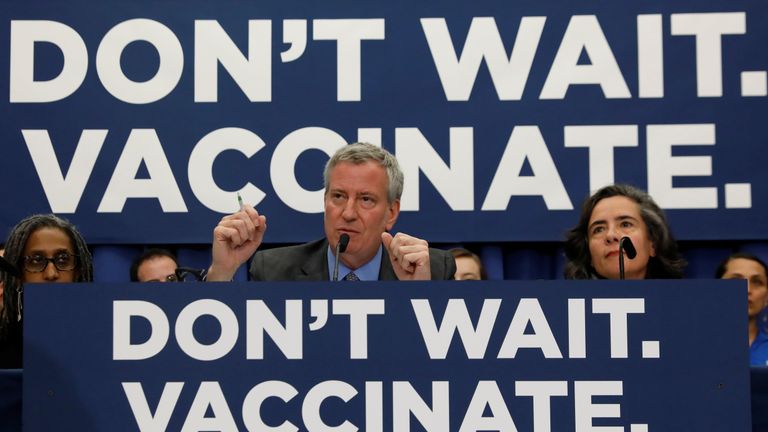 Mr de Blasio said 285 measles cases had been confirmed since October – up from just two in all of 2017.

“This is the epicentre of a measles outbreak that is very, very troubling and must be dealt with immediately,” he said.

All but 39 of the confirmed cases are in children, with some 21 people admitted to hospital and five to intensive care. There have been no confirmed fatalities.

The Brooklyn outbreak has been traced to an unvaccinated child who became infected on a visit to Israel, which is also battling with an outbreak, according to New York City’s Department of Health.

It is the first time New York City has ordered mandatory vaccinations in recent history, according to health officials.

Checks are being carried out of vaccination records and those unable to prove immunity, such as having previously had the virus, face being fined.

Health officials condemned what they described as “misinformation” being spread, which suggested vaccines were dangerous. 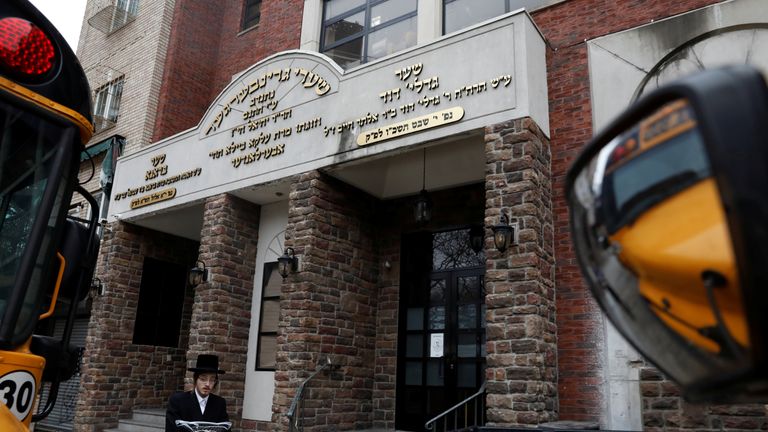 Doctors in affected communities said an anonymously produced anti-vaccine booklet targeting Orthodox Jews that contained false information had appeared in the mail over the past couple of years, which had sown doubts and hesitancy among some parents.

“We will make sure that everybody who is allowed will be vaccinated,” said Rabbi David Niederman, the president of the United Jewish Organisations of Williamsburg.

He said “you get phoney, phoney articles and studies, so yes, some people will fall for that”, but he added most families trusted the health department.

“They will do anything and everything to improve the health of their children,” he added.

The health department has also ordered all yeshivas in Williamsburg to keep all unvaccinated children out of school during the outbreak, or face fines or closure.

Another outbreak in New York’s Rockland County prompted officials to ban unvaccinated children from public spaces last month. The order was overturned by a judge on Friday and officials have launched an appeal.

Outbreaks of the virus have been reported around the United States, with 465 cases reported in 19 states so far this year, according to the US Centres for Disease Control and Prevention.

Piers and Mr Campbell found themselves in yet another argument over the latter’s time as spin doctor for Tony Blair’s Labour government. It came as…