It was last March 11: the day President Trump shut down travel from Europe and Tom Hanks announced he had coronavirus. The mayor of New York was warning people about the risks of leaving home.

Bernice D. Siegal, a justice in the State Supreme Court in Queens, was not deterred. She climbed into her Ford Fusion and made the trip into Manhattan for a doctor’s appointment.

Justice Siegal was just a few months short of 70, the state’s retirement age for judges. She could apply to continue serving, in two-year increments, until she was 76. But she first had to get medical clearance.

“I was a wreck if you want to know the truth,” Justice Siegal said of the trip that day, as the pandemic loomed. “But it was that important to me.”

Yet a few months later, she received bad news: The court administration, citing the need for deep budget cuts, rejected applications from 46 of 49 older judges who wanted to keep working. It said the decision would save $55 million over two years.

“I was outraged,” Justice Siegal said. “I wasn’t ready to retire. I had not planned for this.”

So Justice Siegal did something judges almost never do: She and nine other judges joined in two lawsuits against the state’s chief judge, Janet DiFiore, and an administrative board that had voted unanimously to let the older judges go. The suits charged the judges had been victims of age discrimination.

As a practical matter, Judge DiFiore’s decision means the state courts in New York City are losing an enormous number of their most experienced jurists at a time when the system is already struggling with backlogs created by the pandemic.

Critics like State Senator Brad Hoylman, a Manhattan Democrat who chairs the Senate judiciary committee, have said the cuts would be particularly severe in the Bronx, which is losing eight judges, and in Queens and Manhattan, which are losing six each.

One lawsuit was filed by trial court judges and the other by Appellate Division judges. The suits also say the state violated a requirement that each judge’s application be considered individually.

“It feels very strange,” said Justice Ellen Gesmer, 70, who handles appeals in Manhattan and the Bronx. “I have never personally sued anyone before.”

The decision to oust the judges has drawn criticism from legal organizations, lawmakers and the state chapters of Common Cause and the League of Women Voters.

“It almost feels like a purge — I hate to put it that way,” said Jeffrey Dinowitz, a Bronx Democrat who chairs the Assembly’s judiciary committee.

In a legal filing, the court administration said the judiciary, where labor costs make up 90 percent of the budget, was forced to develop an austerity plan after Gov. Andrew M. Cuomo, exercising emergency powers, ordered the judiciary to cut $300 million from its budget.

The state’s chief administrative judge, Lawrence Marks, has said the courts imposed a hiring freeze and took other steps aimed at avoiding layoffs. One of those measures was rejecting all but three of the judges seeking to serve past 70.

Had all 49 judges been extended, the system would have had to lay off 324 nonjudicial employees, like court officers and clerks, for at least a year to find equivalent savings, a courts spokesman, Lucian Chalfen, said.

“We need the clerks, we need the court officers,” he said. “Somebody has to sacrifice something.”

The three justices allowed to stay on, he said, had specialized caseloads or duties; one, for example, sat on the judicial conduct commission.

Chief Judge DiFiore, who declined to comment for this article, has vigorously defended the cuts, calling them “the most painful decision to date.”

Responding to criticism from the Judicial Friends Association, a minority judges group, that the decision smacked of ageism, she called the claim “reckless and irresponsible” and “completely false.”

The dispute comes at a time when Americans are working and living longer. The state Constitution mandates Supreme Court justices must be re-elected at the end of each 14-year term and retire on Dec. 31 of the year they turn 70, one lawsuit noted.

“This mandatory retirement age may have made sense when it was adopted in 1869 and an individual’s life expectancy was approximately 40 years,” the suit said.

By comparison, federal judges are given lifetime tenures. John F. Keenan, 91, a federal judge in Manhattan for 37 years, said he could understand why many state judges, if they were mentally alert and could manage physically, wanted to work past 70. 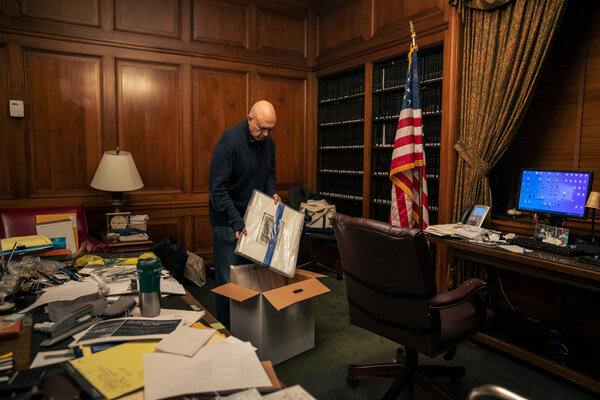 The news hit Justice Gesmer like a punch in the stomach. “The wind came out of me,” she said.

“For me, it’s a 90-day pink slip,” said Justice Sheri S. Roman, a 35-year veteran of the bench who at 72 was seeking her second two-year extension. A Brooklyn appellate judge, she saw age bias in the decision.

“I understand the budget issues,” Justice Roman said. “But once you lop off all the senior judges, it’s hard to view it otherwise.”

Justice Siegal, who oversees more than 1,600 guardianship cases in Queens, won support from dozens of lawyers who signed a letter to Chief Judge DiFiore calling for her application to be reconsidered and approved.

For years, they wrote, she had heard motions involving wards unable to make decisions for themselves — “the most helpless and dependent of our population.”

“Judge Siegal’s intimate familiarity with her cases is what makes her irreplaceable to Queens County,” the lawyers said.

In Rochester, Justice James J. Piampiano, 70, another who sued, reminded Chief Judge DiFiore in an email that the judges had risen to the challenge of keeping the courts operating by working from home during the pandemic. “When things were at their worst this past spring, he wrote, “we were there for you.”

“We were pushed and prodded and heavily leaned on to clear out pending matters and keep things above water,” he added. “Now, where are you for us?"

The court administration, in its legal filing, defended the decision as within the courts’ discretion and said avoiding layoffs of clerks and other court employees was a valid reason to seek other ways to cut costs.

Some judges questioned whether forcing them to retire would save the state money. Many have worked so many years for the state that their pensions would be close to their salaries, they said. Trial judges earn about $210,000, and appellate judges about $222,000.

“I probably would take home almost as much money retired as I would working,” said Justice David Friedman, a 70-year-old Manhattan appellate judge with three decades on the bench who sued.

Queens Justice Ira H. Margulis, 70, who did not sue, said based on his expected pension after more than 45 years in city and state government (16 as a judge), he had a proposal: “I’m offering to work for free.”

The impact of the decision is rippling beyond the judges themselves.

Matthew Haicken, a personal injury lawyer, has a 70-year-old client who had filed a lawsuit, claiming she tripped on a piece of a defective scaffold on a Manhattan sidewalk, breaking her wrist and requiring surgery.

A defense lawyer tentatively offered $145,000 to settle, but after the parties learned their judge was among those exiting on Dec. 31, the lawyer reduced the offer to $100,000.

“It was very obvious that it was because we no longer have a judge,” Mr. Haicken said. “They’re just taking advantage of that.”

Lawyers for the judges who sued, Y. David Scharf and Alan M. Klinger, said they hoped for a favorable ruling before year’s end. A judge said late Friday that he would hear arguments on the dispute on Dec. 29. But with all the uncertainty, judges have been preparing to depart.

John M. Leventhal, 72, an appellate justice in Brooklyn with 26 years’ service, said he was cleaning out his chambers — emptying file cabinets, taking down pictures and bubble-wrapping them.

And he wasn’t done, he added. “I haven’t attacked my desk yet."