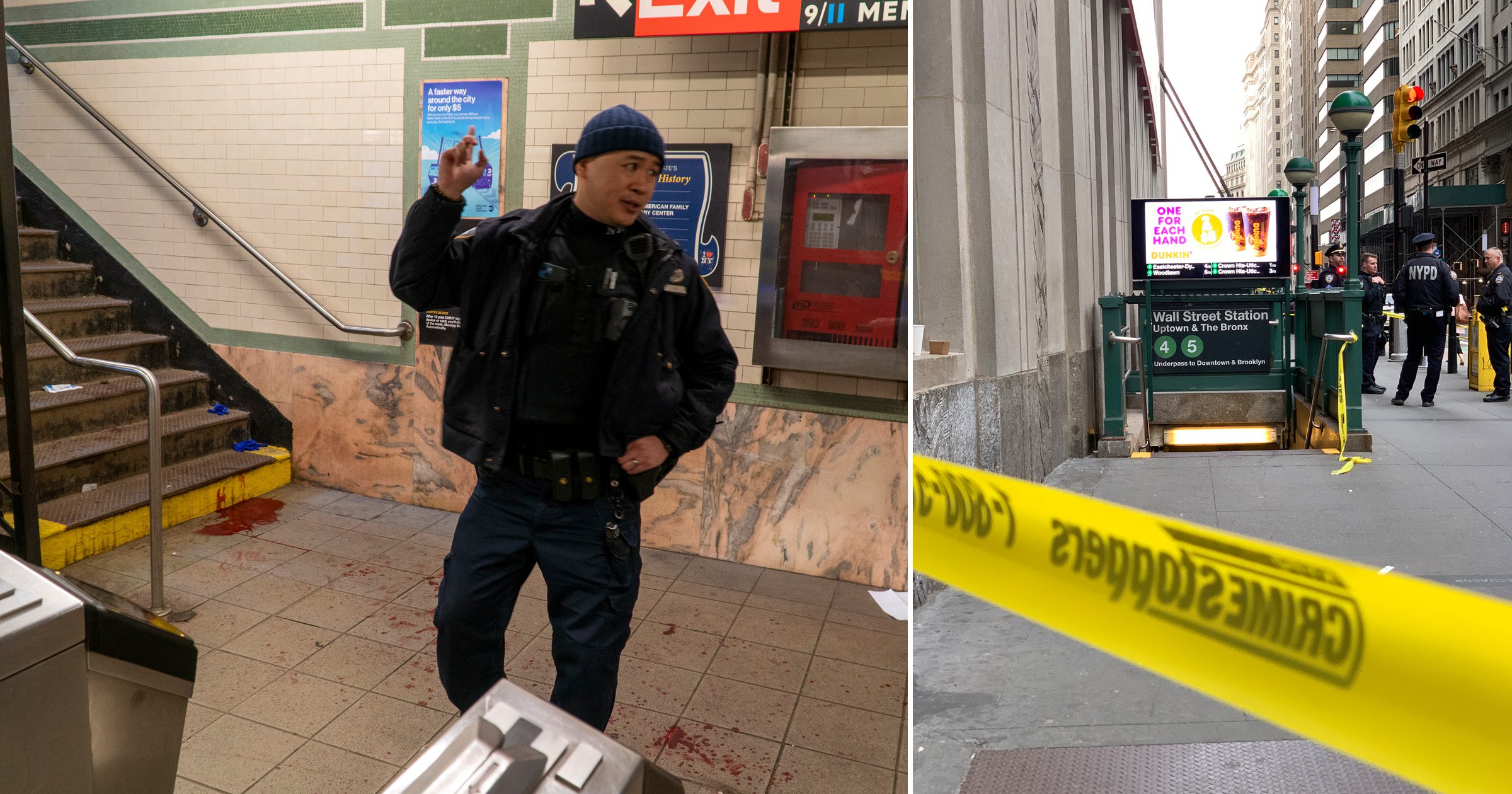 A man riding the subway in New York City was slashed in the neck with a boxcutter in the latest of a slew of violent crimes in the transit system.

The victim in his 40s got into an argument with another man on the northbound 4 train on Tuesday morning. The suspect described by police as in his 30s with ‘dark skin’ took out a box cutter and slashed the man’s neck at the Wall Street station and then fled.

‘An unidentified male in his 40s was slashed once in the neck with a boxcutter during a dispute on a northbound 4 train,’ a New York Police Department spokesperson told the Daily Mail.

‘Suspect is male, with dark skin in his 30s wearing a grey sweatshirt. He fled from the station on foot.’

The victim was transported to Bellevue Hospital and is expected to recover. The suspect remained at large as of Tuesday afternoon.

It is the latest stabbing in the subway system that has been rife with crime, as many commuters have returned from working from home during the coronavirus pandemic.

A 33-year-old woman was slashed in the face by another female passenger for eating in a train on March 16. Police arrested Shailyn Souffrant, 22, last Tuesday in connection with the incident aboard a D train approaching the Coney Island-Stillwell Avenue station.

Souffrant allegedly told the victim to stop eating and then pulled out a knife and cut both sides of her face. The victim was taken to NYU Langone Hospital in Brooklyn in stable condition. Souffrant was charged with assault.

In another gruesome incident in late February, a man was recorded smearing feces over a 43-year-old woman’s face as she was sitting inside the Wakefield-241st Street station in the Bronx. A suspect, Frank Abrokwa, 37, was arrested in mid-March concerning another crime, after allegedly violating conditions of his supervised release in the poo incident.

Crimes have continued to plague the transit system despite New York City Mayor Eric Adams launching a Subway Safety Plan on February 21. It includes sending 1,000 police officers out to try to lower and stop crime in the system.