In a far-reaching move that will fundamentally change life behind bars in New York, Gov. Andrew M. Cuomo on Wednesday signed into law a bill that will end the use of long-term solitary confinement in prisons and jails.

The new law is set to restrict prisons and jails from holding people in solitary confinement — nearly all-day isolation — for more than 15 consecutive days. It also bars the practice entirely for several groups, including minors and people with disabilities.

The new limitations, which do not take effect for one year, mirror recent changes in several other states that have limited the practice. Mr. Cuomo signed the bill on Wednesday, but signaled an intent to negotiate some changes to the legislation, according to the State Assembly’s website and Senate lawmakers. His office did not respond to requests for comment late on Wednesday.

The law was long sought by advocates for incarcerated people, who have raised concerns about the mental health ramifications of solitary confinement and the apparent racial inequity in its use. Black and Latino people make up about 70 percent of the state’s prison population and represent more than four-fifths of those in solitary confinement.

Other provisions in the law focus on the mental health consequences of solitary confinement. The law would require screenings for suicide risk and the creation of new rehabilitation units for prisoners who need to be separated from the general population for more than 15 days.

“Having spent a lot of time with the advocates who have direct stakes in this bill, this is deeply meaningful,” Senator Julia Salazar, a Democrat who sponsored the legislation, said Wednesday evening before the bill became law.

In recent years, more lawmakers across the country have joined a push to curb widespread use of solitary confinement, also referred to as punitive segregation, over the objections of corrections officials who argue that rollbacks to the practice will make effective discipline more difficult and make prisons and jails less safe.

Still, public defenders point to data showing racial disparities in the use of solitary. In New York State, Black people represent about 48 percent of the prison population, but 58 percent of those in special housing units.

A large body of research also links solitary confinement to increased risks for self-harm and suicide, worsened mental illness and higher rates of death after release.

“It didn’t take me long to start seeing things that weren’t in my cell, to start having a conversation with nobody there,” said Victor Pate, who campaigned for the legislation after being released from prison. Mr. Pate said he spent more than two years in isolation over his roughly 15 years in the system. “You never get over that. I’m not well by a long shot.”

Colorado barred use of long-term isolation in its prisons in 2017, and two years later, New Jersey restricted use of solitary confinement to 20 consecutive days. At least 11 other states, including Georgia, Nebraska and New Mexico, in 2019 also limited or banned punitive segregation for certain groups.

A large campaign to limit the use of solitary confinement in New York kicked off more than eight years ago. But those efforts had long fallen short in Albany.

The state agreed in 2015, following a lawsuit, to changes that included improved living conditions in isolation.

A measure similar to the new law appeared primed to pass in 2019, but ultimately died after union pushback and a threat of veto from Mr. Cuomo, who cited concerns over large potential costs to carry out the changes. (Those projections were later disputed.) Instead, the governor agreed to roll out several less expansive administrative changes to alter the practice.

After Democrats secured a legislative supermajority in last November’s elections, which allowed a veto from the governor to be overridden, their efforts to pass the measure gained traction. Activists in recent weeks staged several rallies outside Mr. Cuomo’s office in Manhattan. The measure passed both chambers with wide support this month, and some lawmakers threatened to push ahead even without Mr. Cuomo’s signature.

It remained unclear on Wednesday night which aspects of the legislation, if any, may face changes.

The current legislation would restrict the use of solitary to no more than 15 consecutive days, or 20 total days over a two-month period. Punitive segregation would be banned entirely for people under 22 or over 54, those who are pregnant and individuals with mental and physical disabilities, among other groups.

Some of those changes, such as the ban for people under 22, had already been adopted in New York City, where Mayor Bill de Blasio has pledged to eventually do away with solitary confinement altogether. Corrections officials, however, were found to be transferring young detainees to correctional facilities elsewhere in the state, where such restrictions did not exist.

After the 15-day cap, people would move to high-security rehabilitative units when needed, where they would spend at least seven hours outside of a cell per day for therapy, treatment and other programs. (The change applies to prisons and jails with populations of more than 500.)

“All of this really changes the framework. It’s significant, and it’s justified,” said Craig Haney, a professor at the University of California, Santa Cruz, who has studied the effects of isolation. “We’re all going to look at how it works, and it may very well be the case that the state can go further.”

The legislation comes as the proportion of detainees in isolation at Rikers Island and other jails in New York City has risen in recent years, even as the total jail population has fallen. In state prisons, about 40,000 solitary confinement sanctions were doled out in 2018, though use of the most restrictive form of isolation fell, according to a report from the New York Civil Liberties Union.

The majority of those in solitary for serious rule violations spent between one and three months inside, though many terms lasted three to six months. About 130 people were in isolation for more than one year. 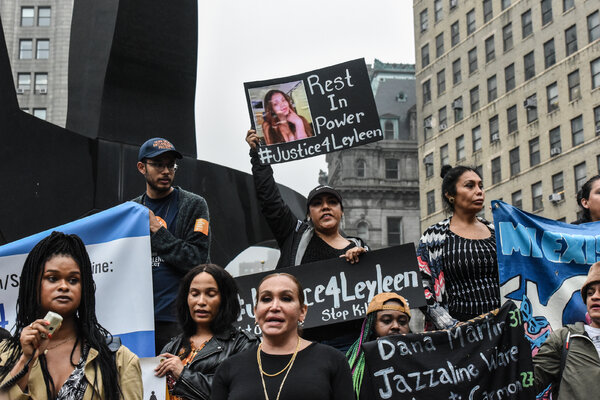 Corrections leaders have long argued that isolation is a crucial tool for punishing disorderly detainees and say that its increased use can be attributed in part to a rise in violence in some facilities. A report from the Department of Correction in New York City showed steady increases over recent years in the rate of violent incidents among incarcerated people and assaults on staff by those in custody. Prisons, too, have reported some of those trends.

Benny Boscio Jr., the president of the city’s Correction Officers’ Benevolent Association, called the rollbacks to punitive segregation “reckless” in a statement and said he worried they could make jails more dangerous for detainees and staff.

“There is nothing humane about subjecting our brave men and women to brutal assaults that send them to the hospital every week,” he said. “The governor should put safety first.”

Some Republican lawmakers who voted against the measure took similar stances, and Mike Powers, who heads the union that represents state corrections officers, said in an interview that he was frustrated that the concerns of staff were left out of conversations about the new law. He questioned what effective discipline would now look like.

“None of that’s being addressed,” Mr. Powers said. The move, he said, was reflective of a lack of investment in and concern for state corrections staff.

Still, some experts and public defenders point to studies that suggest the use of solitary confinement has little effect on reining in violence behind bars. “It’s fear-mongering,” said Kelsey De Avila, the jail service project director at the Brooklyn Defender Services.

The heightened scrutiny of the practice among lawmakers in New York has followed some of the starkest examples of its use.

Officials in New York City first moved to limit the use of isolation for young people after the suicide of Kalief Browder, a teenager who spent three years on Rikers Island awaiting trial after being accused of stealing a backpack. Nearly two of those years were spent in solitary confinement, only then to have the charges against him dropped. The death of Layleen Polanco, a transgender woman who had an epileptic seizure while in solitary after guards failed to check on her, motivated Mr. de Blasio’s pledge to do away with solitary altogether.

Darlene McDay said the changes on the state level hold a particular significance.

Her 22-year-old son, Dante Taylor, killed himself four years ago while in isolation at a state prison in Erie County.

In a report last September, the state’s Commission of Correction wrote that officers had used excessive force against Mr. Taylor after an incident the previous day. Officials had also failed to update their assessment of his suicide risk, the report said, and did not provide him with proper mental health care during his time in isolation.

“My son is gone now, and it affects me every single day. This has now become my life,” Ms. McDay said. “It was so preventable. I don’t want this to happen to someone else.”