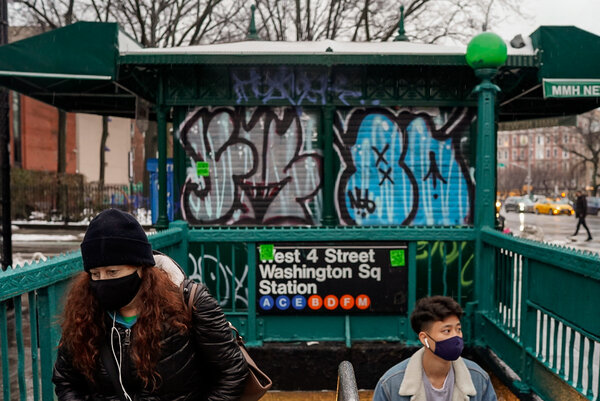 From May 12 to May 16, the walk-in sites will be open at various times at subway stations including the ones at 179th Street in Jamaica, Queens, and at Stillwell Avenue in Coney Island, Brooklyn, from 8 a.m. to 1 p.m. Sites at the Long Island Rail Road station in Hempstead and a Metro-North Railroad station in Ossining will be open from 3 p.m. to 8 p.m.

People vaccinated at the rail and subway locations can get a free seven-day MetroCard or two free one-way tickets for the Long Island Rail Road or Metro-North. Officials will use the Johnson & Johnson vaccine at the stations, Mr. Cuomo said. The program is a pilot and may be extended, he said.

The pop-up sites at the stations — and the free tickets — are part of a broader, nationwide push to offer creative incentives to get people vaccinated. New Jersey, for example, is offering a “shot and a beer” for residents who get their first vaccine dose in May and visit participating breweries in the state.