New York officials do not play a role in the approval of a vaccine, but could delay distribution if they believed the vaccine was not safe. 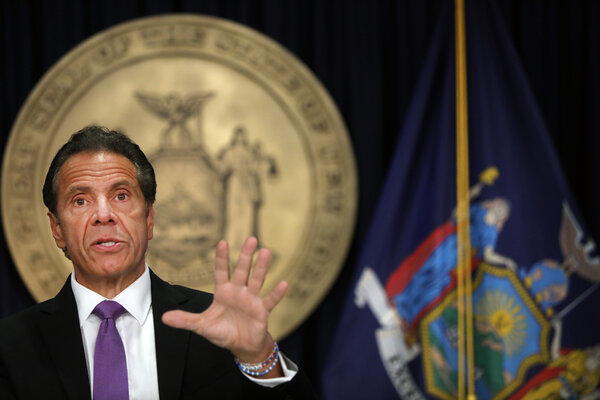 By Michael Gold and Jesse McKinley

New York State will conduct its own review of any vaccines for the coronavirus that are approved by the federal government, out of concern that the process has become too politicized, Gov. Andrew M. Cuomo said Thursday.

New York officials do not play a role in the approval process for a possible vaccine, but under the current plan they would help determine how it would be distributed throughout the state. In theory, officials could delay such distribution if they believed the vaccine was not safe.

Officials in the state and in New York City have said that for months they have been discussing a vaccine rollout plan.

Mr. Cuomo’s remarks threatened to further complicate a vaccine process that has become mired in political debate and for months has faced mistrust from the American public.

Polls have shown a remarkable decrease in the number of Americans who would be willing to take a vaccine once it is approved. A survey conducted this month by the Pew Research Center found that 51 percent of Americans would either probably or definitely take a vaccine, a significant drop from 72 percent in May.

The chief concern among those surveyed was that the vaccine approval process would move too quickly without taking time to properly establish safety and effectiveness.

Mr. Cuomo said that he was further alarmed when, on Wednesday, President Trump suggested that the White House might reject new F.D.A. guidelines that would toughen the process for approving a coronavirus vaccine.

Mr. Trump said the F.D.A. plan sounded “like a political move,” a comment that yet again threatened to undermine government officials who have been working to boost public faith in a promised vaccine.

Mr. Cuomo’s stated concerns echoed comments made by Joseph R. Biden Jr., the Democratic nominee for president, who last week pushed the issue of a potential vaccine into the center of the 2020 race. Mr. Biden accused Mr. Trump of exerting political pressure on the vaccine process and trying to speed up the approval of a vaccine to help him win re-election.