A woman who tied nearly 1,000 cacti and succulent plants to her body in an attempt to smuggle them into New Zealand in 2019 has been sentenced to 100 hours of community service and 12 months of intensive supervision for violating the country’s biosecurity laws, government officials said.

The woman, Wenqing Li, 38, was twice caught with plants and seeds at Auckland International Airport when returning from China to her home in Auckland, New Zealand’s Ministry for Primary Industries said in a statement. The Ministry said Ms. Li intended to sell the plants on Trade Me, an online classified advertising site similar to Craigslist.

In the first incident, on March 24, 2019, Ms. Li tied stockings containing 947 succulents and cacti to her body and attempted to sneak them into the country, the ministry said.

An airport official approached Ms. Li with a detection dog, which took notice of her, and she rushed to a bathroom to try to dispose of the plants, said Gary Orr, the director of compliance services for the ministry. Among the agency’s duties is enforcing biosecurity regulations intended to keep diseases and harmful organisms from contaminating native plants and animals.

“What she did was she put them in the rubbish bins in the men’s toilet thinking we wouldn’t look there because she was a woman,” Mr. Orr said. “But our staff are alert to that type of ruse.”

Officers at the airport searched the bathrooms and found “a large amount of plant material,” including “three stockings filled with succulents and cacti,” the statement said. The plants included eight endangered and threatened species and were worth more than $7,000.

The officers seized the goods and released Ms. Li, but Mr. Orr’s department opened an investigation.

On July 23, 2019, 142 seeds hidden in commercially packaged iPad covers and more than 200 plant pots were found in Ms. Li’s luggage, the ministry said. A snail and pieces of tree fern stem were contained in the plant pots. Mr. Orr said the plant pots were “wrapped in moldy paper.”

“They were dirty,” he said, “so they could’ve been bringing in all sorts of diseases.”

He added that it’s particularly “aggravating” that some of the plant species were endangered, because all unauthorized live species confiscated at the airport must be destroyed or euthanized.

“It is an absolute shame, especially when these things are being categorized as endangered — you don’t want to do anything to exacerbate that,” Mr. Orr said. However, he said, destroying the plants is “essential to protecting New Zealand.” 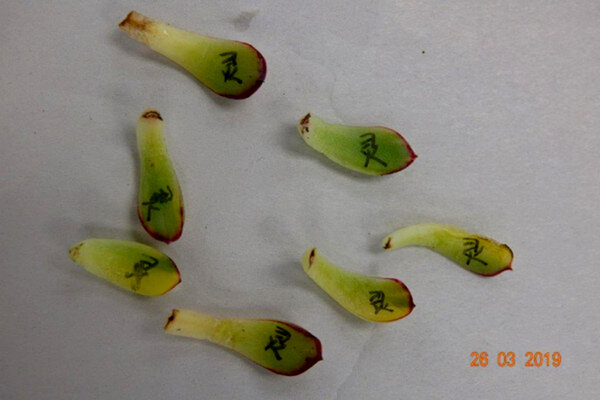 New Zealand relies on its trading industry, Mr. Orr said, so “it’s very important to us that our foreign markets understand that products that we are sending offshore are free from pests and diseases.”

He added that New Zealand has its own unique animals and plants that would be “significantly impacted” by the introduction of new species or diseases.

Ms. Li pleaded guilty in November to charges including knowingly attempting to possess unauthorized goods and trading in an endangered species. She was sentenced on Tuesday by Judge Richard McIlraith in the Manukau District Court in Auckland.

Simon Anderson, a regional team manager in the ministry’s compliance investigations department, said in a statement on Wednesday that the sentencing “serves as a good reminder that anyone who smuggles plants or other endangered species into New Zealand can expect to be prosecuted.”