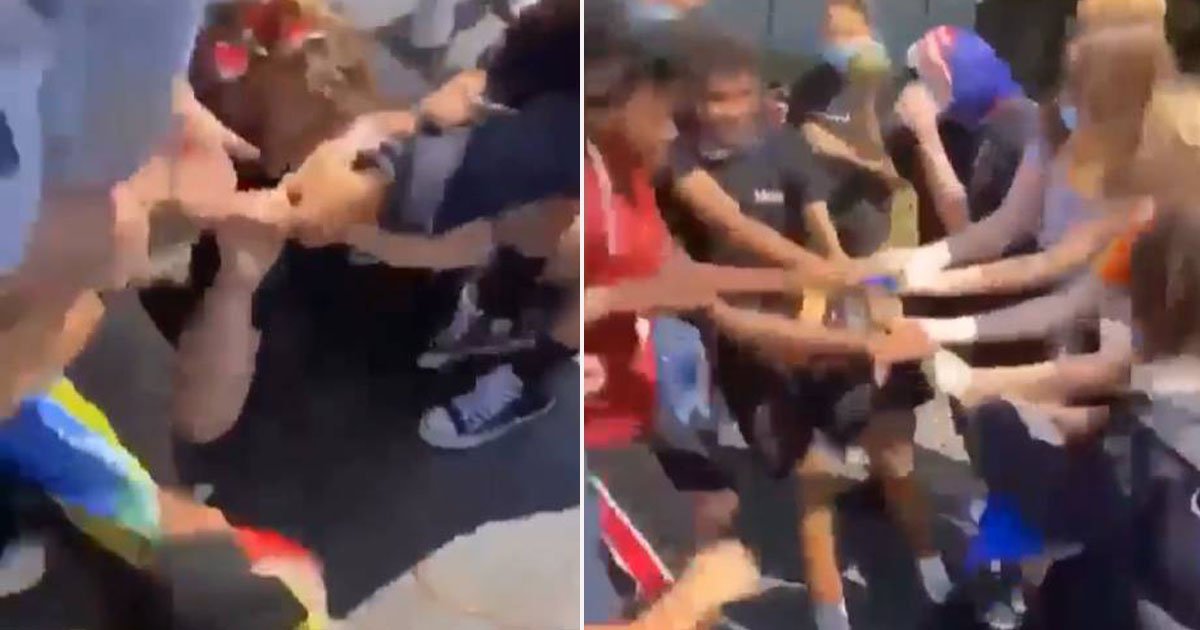 A non-binary student, 12, was attacked at a school picnic just for displaying an LGBT+ rainbow flag.

Leo Hoffman was dragged along the ground and had water thrown on their head as they tried to wrestle back control of the flag which had been snatched by fellow students.

Florida police are investigating the incident and the school has suspended multiple people who were involved.

Leo and their friends had been enjoying the picnic at Seminole Middle School in Plantation on May 28 when they decided to display the flag.

A male student grabbed it and threw it in a trash can, Leo’s father Benjamin Hoffman told Bay News Nine.

Leo took it back and decided to wear it as a cape before it was snatched by the same student again, resulting in Leo being thrown to the ground.

Their sister, Ashleigh, posted a clip of the incident on Twitter with the caption: ‘This is a video of my little sibling Leo who is non-binary being drug to the ground, stomped on, and covered in water just for wearing a pride flag at school.’

The clip shows several students trying to intervene while some giggle and laugh at the unfolding scenes.