Pyongyang says US hyping the threat of North Korea’s nuclear arsenal, much like it did before invading Iraq in 2003. 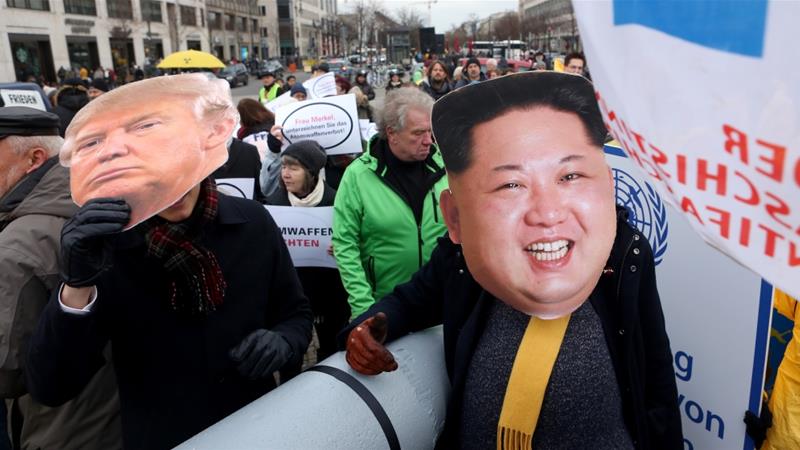 North Korea accused the United States of planning to launch a “bloody nose” military strike against the country while promoting the threat of Pyongyang’s nuclear weapons – much like it did before invading Iraq.

During disarmament talks in Geneva on Tuesday, North Korean diplomat Ju Yong-chol – referring to his country’s official name the Democratic People’s Republic of Korea – said Washington continues to plan a pre-emptive strike, despite a recent calm in bellicose rhetoric between the arch-rivals.

“US officials – including the defence secretary and the CIA director – repeatedly talked about DPRK nuclear and missile threat to justify their argument for a military option and a new concept of a so-called ‘bloody nose’,” said Ju.

“A limited pre-emptive strike on the DPRK is under consideration within the US administration.”

A “bloody nose” attack refers to a limited military strike against the North’s nuclear weapons sites that allegedly would not result in large-scale death and destruction.

The Rodong Sinmun, the North’s ruling party newspaper, said on Tuesday US criticism of Pyongyang’s weapons programmes and its human rights record was setting the stage for an attack.

It compared the situation to the lead-up to the 2003 Iraq war, when then-president George W Bush warned of “weapons of mass destruction” being deployed by Saddam Hussein.

“There is a foolish attempt to make pretence for provocation and pave the road for invasion ahead of conducting the military adventure ‘bloody nose strategy’ in the invectives of Trump recalling Bush’s reckless remarks of ‘axis of evil,’ ” the newspaper said in a commentary.

Bush described Iraq, Iran, and North Korea as the “axis of evil” in sponsoring global “terrorism” in his 2002 State of the Union address.

“The empire of America would go to hell and the short history of the US would end forever the moment he destroys even a single blade of grass on this land,” the commentary added.

At the Geneva talks, US disarmament ambassador Robert Wood told the forum North Korea was only “months away” from attaining the capability to strike the United States with a nuclear-armed ballistic missile.

Asked what the basis was for his assessment, Wood said he had “no new information to share”.

North Korea accused the United States of seeking to aggravate the current situation on the divided peninsula by “deploying large nuclear assets” nearby.

On Monday, 18 American senators sent a letter to President Donald Trump, warning he doesn’t have the authority to launch a “bloody nose” attack.

“Like many, we are deeply concerned about the potential consequences of a preemptive military strike on North Korea and the risks of miscalculation and retaliation,” the letter said.

It described such a plan as “an enormous gamble”. 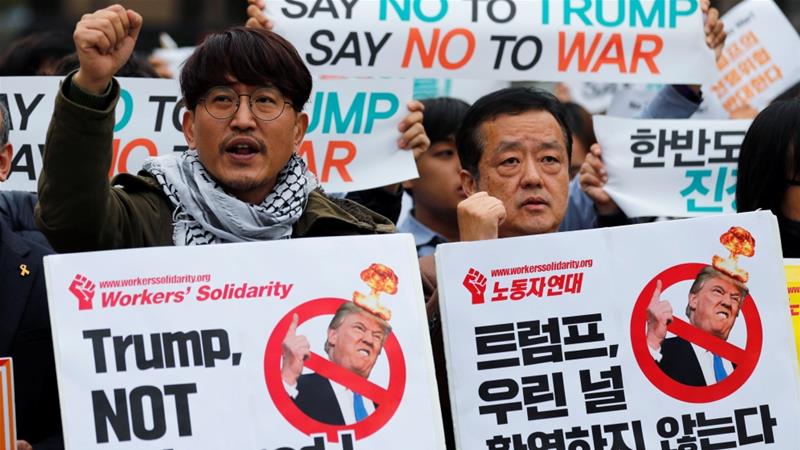 Are US and North Korea on the verge of nuclear war?