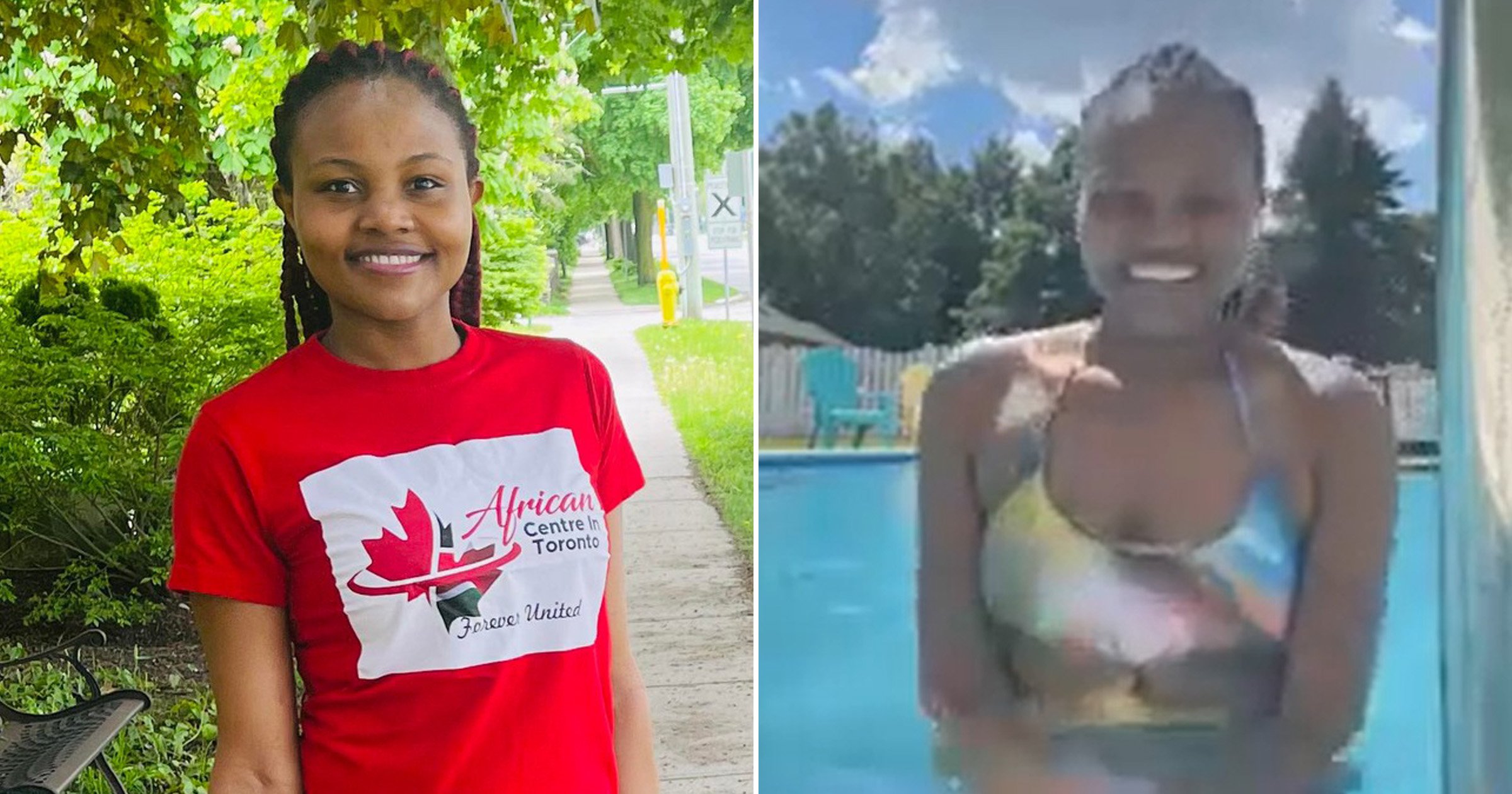 Friends and family watched in horror as a healthcare worker drowned in a pool while filming a Facebook livestream.

Hellen Nyabuto, a Kenyan nursing student working in Canada, died during the stream on Thursday.

In the video, Nyabuto, 24, can be seen speaking to viewers at the shallow end of the pool. She then swims offscreen into the deeper water.

As she moves out of frame, she can be heard calling for help. Minutes later, the livestream goes silent.

The livestream continues for hours until other motel residents come into view as they go to swim in the pool. The same swimmers discover Nyabuto’s body and call the motel’s front desk.

‘I watched that video. I cried. It is terrible,’ her father Nyabuto John Kiyondi told CNN. ‘She communicated with me two days before she perished. She sounded very fine and I was very happy.’

Kiyondi, 56, lives in Kisii, Kenya. Nyabuto, who went by Hellen Wendy on social media, had five siblings, including a younger brother who lived with her in Canada.

‘Hellen Wendy was full of life. With a warm smile and a charming heart,’ her brother Enock wrote in a GoFundMe post. ‘Everyone who met Wendy had their spirits lifted. She was passionate about her work and she touched many hearts.’

Nyabuto worked as in long-term care in Chatsworth, Ontario. She died at a motel pool nearby in the town of Collingwood.

‘She worked with seniors right until the end,’ her friend Alfonce Nyamwaya told the Toronto Star. ‘She really had a passion for that.’

Her family is raising money to repatriate her body back to Kenya.

‘According to our tradition, one is supposed to be buried where he or she was born,’ her father said. ‘I’ll not feel comfortable, psychologically, if my daughter is buried away from Kenya.’

Enock’s GoFundMe campaign had raised over $50,000 as of Wednesday afternoon to cover the costs for repatriation.

Ontario Provincial Police said they were taking steps to remove the full video of Nyabuto’s death from the internet. It has already been removed from Facebook.