A possible stabilisation of the pandemic in the US is pushing authorities to plan for a reopening of states. 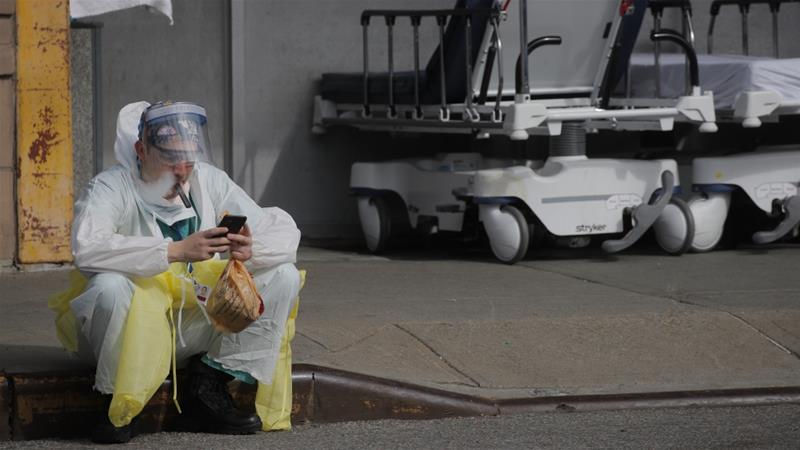 The number of people hospitalised for the novel coronavirus and related deaths fell to their lowest levels in more than a week, evidence that the hardest-hit state was controlling its spread, Governor Andrew Cuomo said on Thursday.

Cuomo also told a daily briefing that he would extend an order closing businesses and schools by two weeks until at least May 15 in coordination with other states in the region.

The New York governor has been a constant fixture during the coronavirus crisis, featuring prominently on nightly news programmes.

While Cuomo is now widely viewed as a leader in the battle against the pandemic, some have criticised the early response of Cuomo and New York City Mayor Bill de Blasio.

Cuomo’s public disagreements with President Donald Trump have helped his stock among the administration’s critics.

Trump plans to reopen the US economy as cases stablise, though many state leaders have said it is too soon, which prompted Trump to falsely claim he has “total” authority as president.

Cuomo tapped high-powered consultants to develop a science-based plan for the safe economic reopening of the region that can thwart pressure from President Trump to move more rapidly, according to Reuters News Agency.

The 10 states, mostly led by Democrats, together make up 38 percent of the US economy.