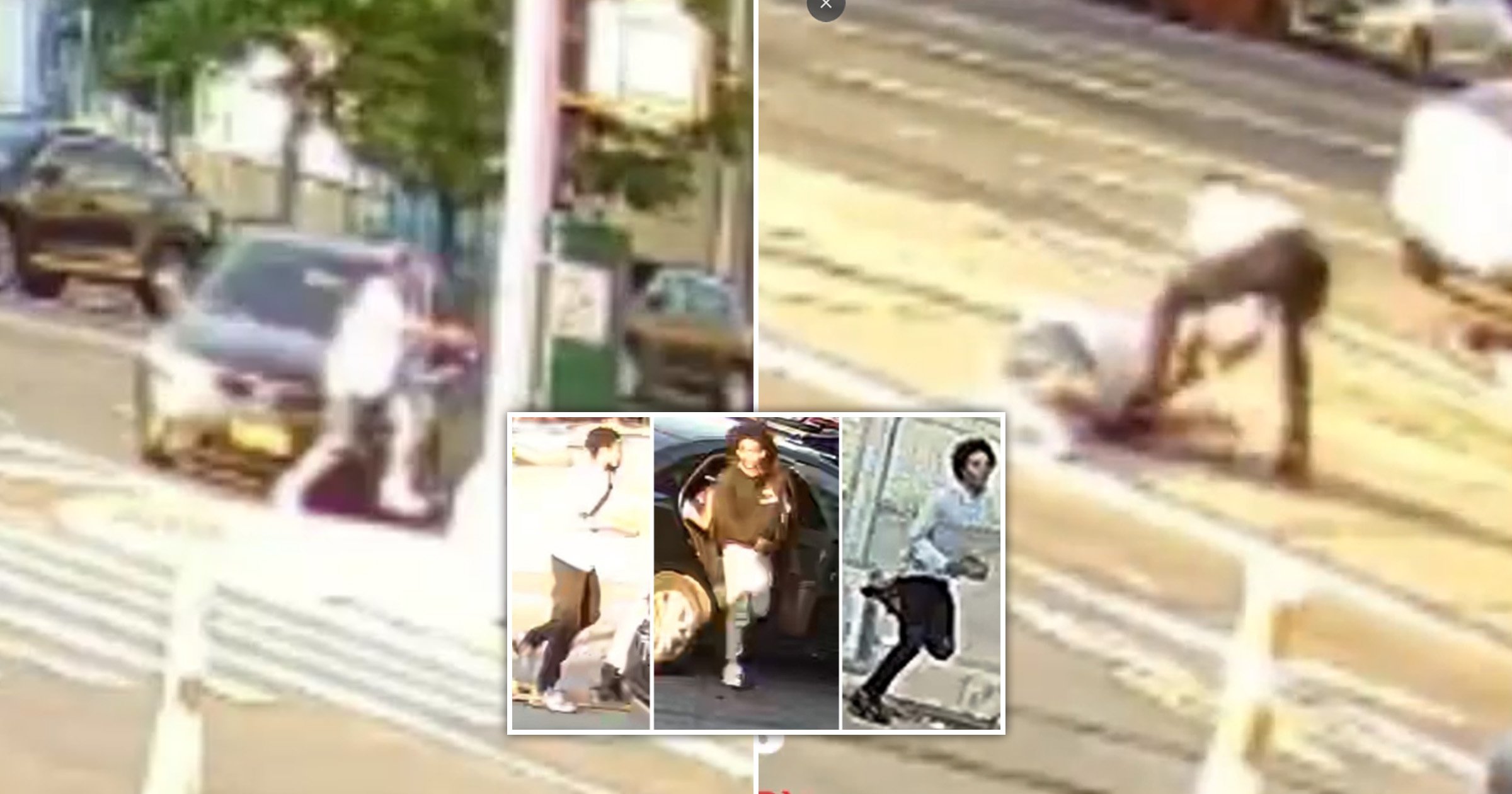 The New York City Police Department are searching for three people involved in a brutal hit-and-run robbery that took place in the Bronx early Sunday morning.

Dramatic video footage of the attack shows a man jogging across the street around 6.40am when a car takes a sharp turn and knocks him into the air. The victim, an unnamed 39-year-old, was nearly at the crosswalk when the car cut a corner and plowed into him.

Video shows the car’s force sent the man flipping through the air before he fell to the ground. He can then be seen laying motionless on the sidewalk at the intersection of East 169th Street and Interval Avenue.

Two people can be seen in the footage running over to the victim, who remains motionless on the sidewalk, and robbing him.

The first suspect ran from the car and grabbed some of the victim’s things and fled. A short time later, a second person ran over and began searching the victim’s body, at one point even flipping him onto his back to better take his things.

One angle of the video shows the car parked nearby, with one of the suspects still inside of it, as the alleged robbery was taking place.

The suspects eventually fled the area, but not after running back to the victim a second time to check his wallet.

A coworker of the unidentified victim said the man was headed to open a store in the Morrisania section of the Bronx when the assault occurred, according to CBS News.

The victim suffered serious body trauma and was said to be in critical condition on Sunday.

Police in New York are still searching for the suspects. It’s unclear whether the attack was targeted.

Anyone with information is asked to call Crime Stoppers at 1-800-577-TIPS.