Oregon and Idaho have joined the list of U.S. states that are running out of I.C.U. beds as both confront a dramatic rise in new coronavirus infections.

The national Delta-driven surge has filled hospitals in many states. Only a handful have more than 30 percent of their overall I.C.U. beds still available, according to data from the Department of Health and Human Services, and many have less.

“We are dangerously close to activating statewide crisis standards of care,” Mr. Little said in his statement. “In essence, someone would have to decide who can be treated and who cannot.” 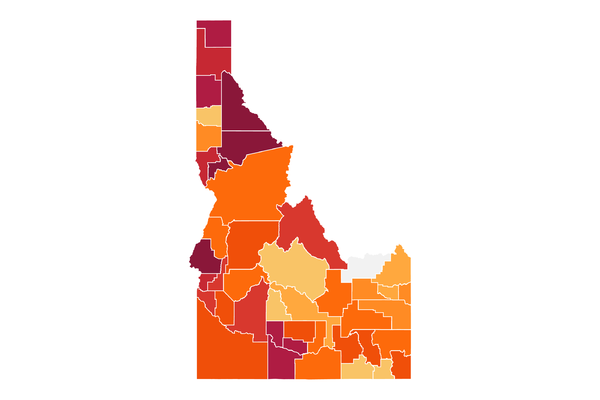 See the latest charts and maps of coronavirus cases, deaths, hospitalizations and vaccinations in Idaho.

Mr. Little’s state is grappling with its highest surge in Covid-19 hospitalizations to date. Idaho had a seven-day average of 512 hospitalizations on Friday, a number that has grown rapidly since July, according to a New York Times database.

In Oregon, the seven-day average of hospitalizations hit 1,219 on Friday, almost double the previous high reached in December. 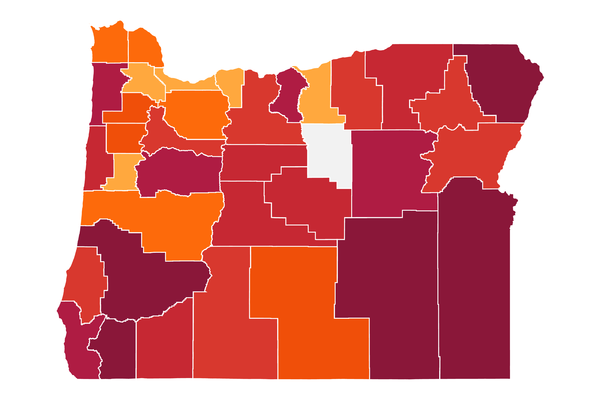 See the latest charts and maps of coronavirus cases, deaths, hospitalizations and vaccinations in Oregon.

The dire numbers don’t do justice to the mounting crisis that is overwhelming hospitals and health care workers in both states, officials said. Mr. Little said that even as hospitals made room for extra I.C.U. beds, they filled up — fast.

Demand for beds in Oregon is also exceeding supply. Patrick Allen, the director of the Oregon Health Authority, said in an interview on Saturday that 127 patients in the state were waiting in emergency departments for beds to open up. He said hospitals in southern Oregon, where vaccination rates were lowest, were especially hard hit.

“We’re on the edge of what we can manage right now,” he said, looking ahead to next week, when children would be returning to school in the most populous parts of the state. “There is not much room for things to get a lot worse.”