The family of a US student who died after being detained in North Korea have lashed out at the “lavish praise” Donald Trump heaped on Kim Jong Un.

The president said the North Korean dictator had told him he did not know of Otto Warmbier’s alleged mistreatment and Mr Trump took him “at his word”.

During a news conference on Thursday after talks broke down with Mr Kim in Vietnam about Pyongyang’s nuclear programme, Mr Trump was asked if they had discussed the student and whether he had asked the leader to take responsibility for what happened to him. 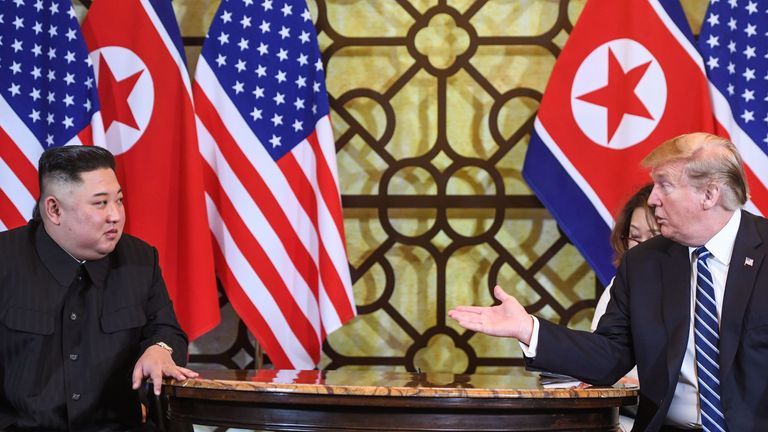 The president said “something very bad happened” to Mr Warmbier, but that he did not believe Mr Kim knew about it or would have allowed it to happen.

“He tells me that he didn’t know about it, and I will take him at his word,” Mr Trump said.

But his comments have led to an angry rebuke from the student’s relatives.

The Warmbier family have described Mr Kim as “evil” and criticised the president, accusing him of excusing the North Korean leader.

In a statement they said: “Kim and his evil regime are responsible for the death of our son Otto.

“Kim and his evil regime are responsible for unimaginable cruelty and inhumanity.” 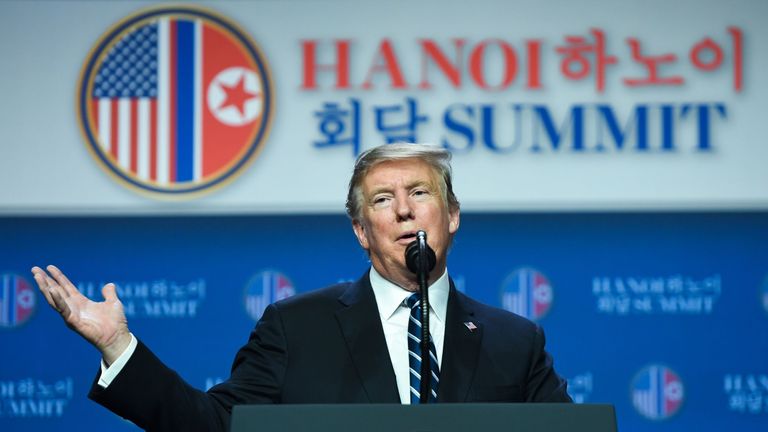 In criticism of Mr Trump they added: “No excuses or lavish praise can change that.”

President Trump has condemned North Korea over Warmbier’s death in the past, saying he was “tortured beyond belief by North Korea”.

He also mentioned it in his 2018 State of the Union address, blaming the country’s “dictatorship” and “depraved character” for the student’s death.

Warmbier, a 22-year-old student from Ohio, was arrested in Pyongyang 2016 on suspicion of stealing a propaganda poster from his hotel, and sentenced to 15 years hard labour. 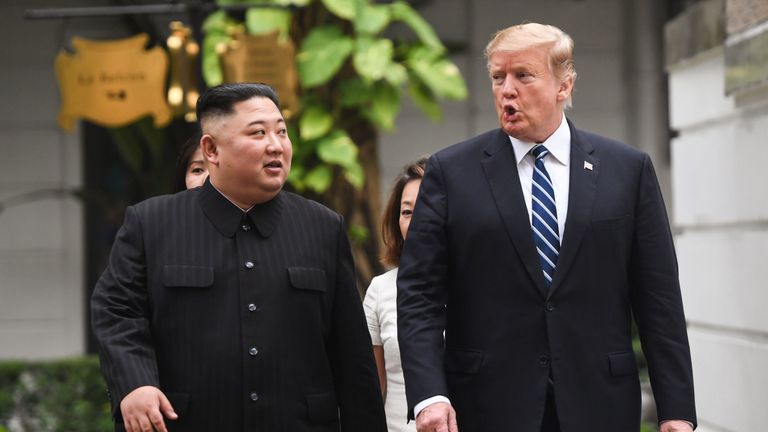 He was released in 2017, and travelled back to the US in a coma, but later died.

His family claim he was tortured by the Kim regime.

Pyongyang said the 22-year-old fell into a coma after suffering from botulism and hit out at “slanderous talk about cruel treatment and torture”. It denies mistreating the student.