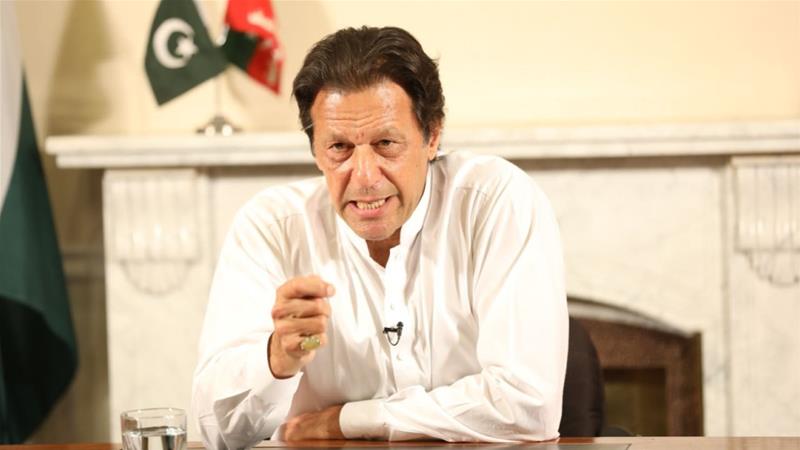 Pakistan has summoned a high-ranking diplomat from the United States to lodge a strong protest against President Donald Trump’s “unwarranted and unsubstantiated” criticism of Islamabad’s role in the Washington-led “war on terror”.

Pakistan’s Foreign Secretary Tehmina Janjua called in the US Chargé d’Affaires (US CdA)  Paul Jones to the foreign office in the capital, Islamabad, on Tuesday, after Trump alleged that Pakistan “don’t do a damn thing” for the US while defending his decision to cut hundreds of millions of dollars in military aid to the country.

“Conveying her government’s disappointment on the recent tweets and comments by the US president, the US CdA was told that such baseless rhetoric about Pakistan was totally unacceptable,” Pakistan’s foreign office said in a statement.

“The foreign secretary told the US CdA that no other country had paid a heavier price than Pakistan in the fight against terrorism,” the statement added.

In a series of Tweets on Monday, Khan reacted sharply and called on the US president to name an ally that has sacrificed more to fight armed groups after the 9/11 attacks.

“Trump’s false assertions add insult to the injury Pakistan has suffered in US war on terror in terms of lives lost and destabilised and economic costs,” he posted on Twitter.

“He needs to be informed about historical facts. Pakistan has suffered enough fighting US’ war. Now we will do what is best for our people and our interests.”

The cricketer-turned-politician added that the US has made Pakistan a “scapegoat” for its failures in Afghanistan, where the Taliban are stronger than at any point since the 2001 US-led invasion.

In an interview with Fox News that aired on Sunday, Trump once again blamed Pakistan for allegedly sheltering Laden.

Shortly after Khan’s comments on Monday, Trump doubled down on those claims on Twitter.

“We paid Pakistan billions of dollars and they never told us he was living there. Fools! We no longer pay Pakistan the billions because they would take our money and do nothing for us, Bin Laden being a prime example, Afghanistan being another,” Trump posted.

Responding to Trump’s claims about Laden, the foreign secretary asserted that it was Pakistan’s intelligence cooperation that provided the initial evidence to trace the whereabouts of the former al-Qaeda leader, the ministry said in its statement.

Laden was found to be hiding in the Pakistani city of Abbottabad, where he was killed in a raid by US Navy Seals in 2011.

Meanwhile, the Pentagon has defended Pakistan’s role in maintaining peace in South Asia and said Islamabad remains a “critical partner” in the region.

“The US and Pakistan have a strong mutual interests in the region. As you know, they are critical [and] vital to the South Asia strategy and including the facilitation of a peace process that would lead to a stable and peaceful Afghanistan,” Colonel Rob Manning, director of Defense Department’s press operations, told reporters during an off-camera news conference on Tuesday.

US-Pakistan relations have nosedived since Trump took office last year, mainly because of a clash of interests in war-torn Afghanistan.

Washington accuses Islamabad of providing safe havens to the powerful Haqqani network, which is blamed for numerous attacks on foreign forces in Afghanistan in recent years. Pakistan denies the allegations.

Al Jazeera’s Kamal Hyder, reporting from Islamabad, said: “The recent spat between the two heads of states is likely to worsen relations and that at a time when the US is looking for an exit strategy out of Afghanistan.”

“Pakistan is said to be playing a crucial role in trying to bring the Afghan Taliban to the negotiating table, so any fracturing of relations with the United States is likely to have consequences not just in Pakistan but beyond its borders.” 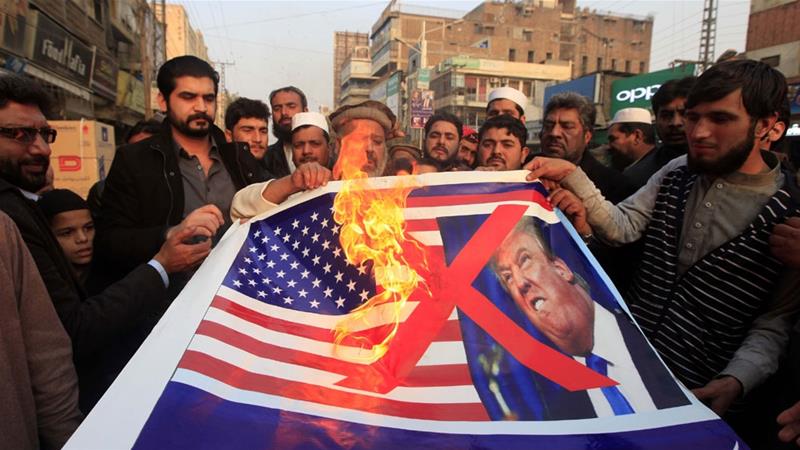 Is the US using aid as a foreign policy tool?