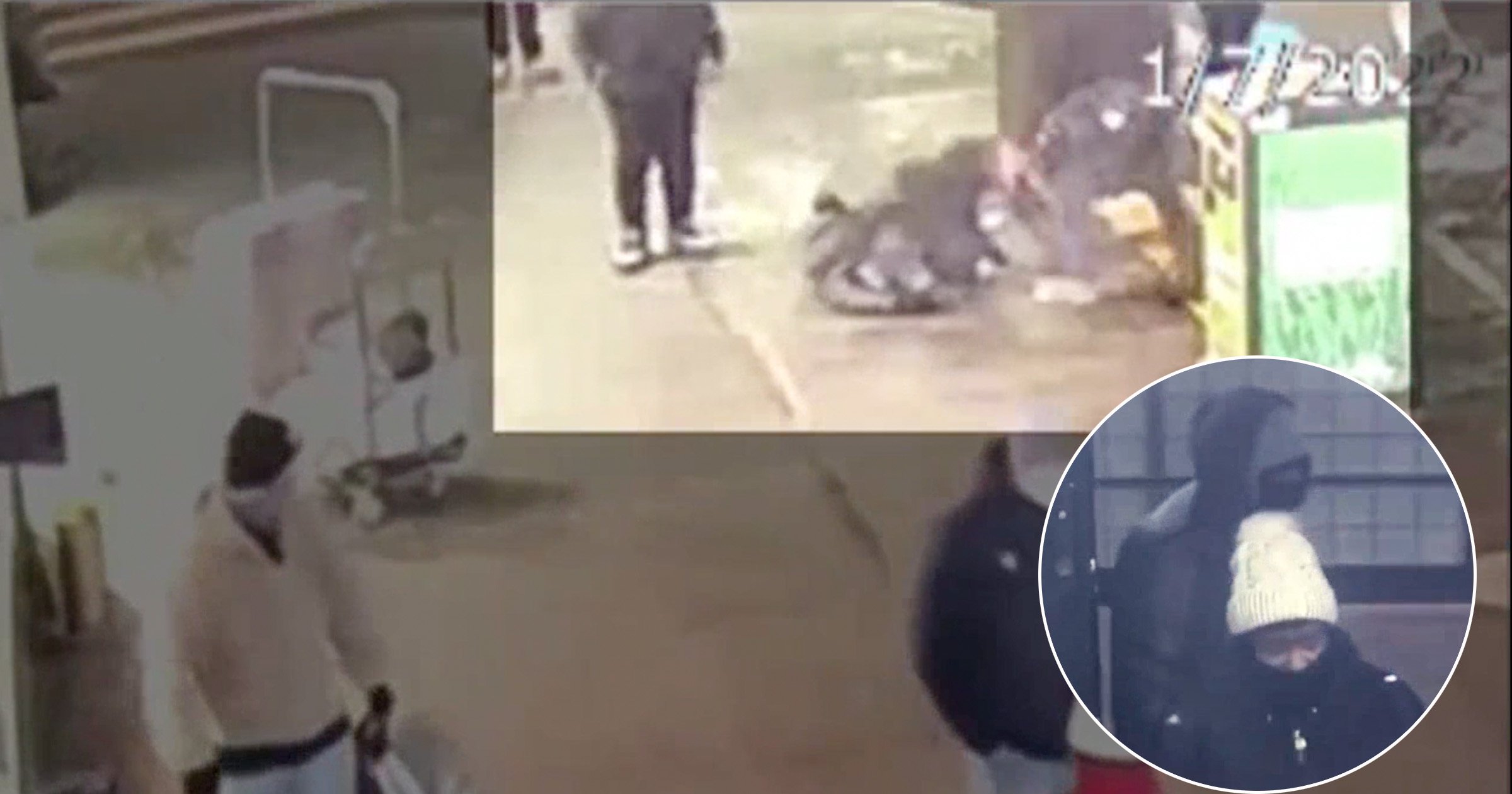 A panhandler and her friend allegedly stabbed and robbed a construction worker who said ‘f*** off’ when they asked him for money.

The victim was approaching a CVS at Times Square when a female panhandler and her friend asked him for cash just before 8.30pm on Friday, according to the New York Police Department.

The panhandler’s male friend then threw a liquid at the construction worker and stabbed him in the back. They took $340 in cash as well as a Samsung tablet and fled the scene.

Cops are still searching for the suspects. Surveillance footage shows the pair went into the subway. They were described as having their mouths and noses covered and wearing hats and jackets.

It is one of the latest attacks in New York City, where crime has risen amid a smaller police presence and reforms to bail rules.

Manhattan’s new district attorney, Alvin Bragg, said he will not seek jail time for suspects unless it is the last recourse. In addition, he downgraded some felonies including armed robbery and petit larceny.

Meanwhile, New York City’s new Mayor Eric Adams on his first day on the job earlier this month vowed to take a tougher stance toward crime.