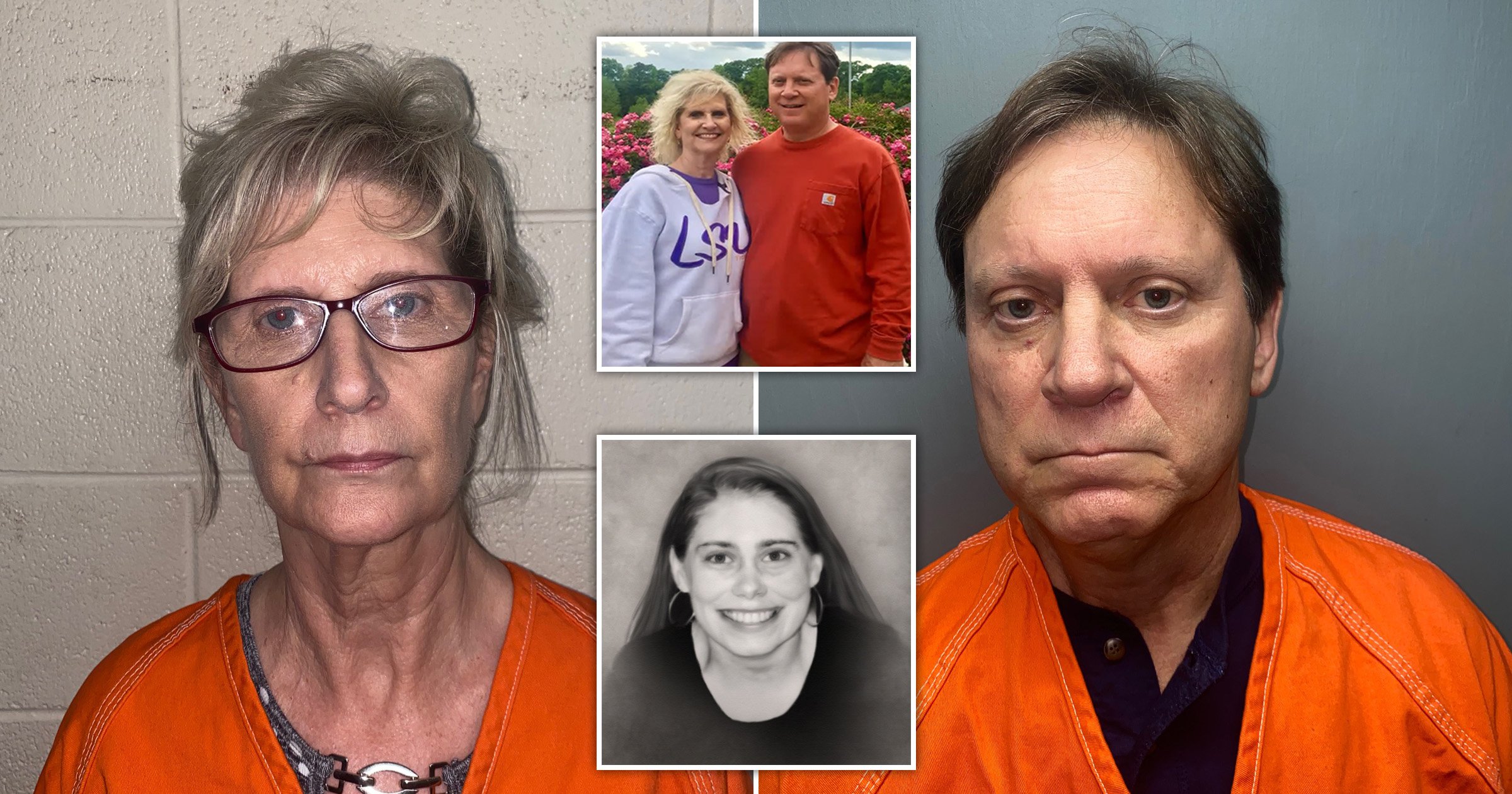 The parents of an autistic woman found fused in a sofa in her own excrement, facing murder charges over her death, have been released from jail on bond.

Sheila Fletcher, 64, and her husband Clay Fletcher, 65, were charged with second-degree murder over the death of their daughter Lacey Ellen Fletcher, 36, and arrested on Monday.

But Sheila was seen walking out of East Feliciana Parish Jail in Louisiana on Tuesday night after posting a $300,000 bond, the Daily Mail reported.

Clay spent another night in jail as his bond money was not arranged in time. About 12 hours after his wife was released, Clay on Wednesday morning also walked free, according to the Daily Mail, which obtained photos.

After being freed at 10.30pm Tuesday, Sheila looked straight ahead and did not answer the news outlet’s questions as she met with a bail bondsman. Instead of an orange prison jump suit, Sheila wore a blue-and-white shirt and blue pants and her blonde hair appeared disheveled.

The mother merely stared when asked why her daughter – whose locked-in syndrome prevented muscle movement – remained on the sofa for a dozen years.

Meanwhile, Clay emerged at 10.25am Wednesday after his $300,000 bond was sorted. Sheila, wearing a red shirt and blue pants, returned to the jail with the same bondsman to pick up her husband shortly before his release time.

Clay, wearing black, also stared straight ahead and walked quickly into a pick up truck parked near the jail reception. He refused to comment.

The parents were taken into custody after a grand jury on Monday in Clinton sided with District Attorney Sam D’Aquilla that they should be charged with second-degree murder instead of manslaughter.

Lacey was found dead at her parents’ home in the small town of Slaughter on January 3, according to Coroner Dr Ewell Dewitt Bickham III. She was partially naked and sitting upright, submerged in a hole and surrounded by feces, urine and insects.

If convicted, the parents face life in prison without parole.

Sheila and Clay were described as respectable ‘pillars of their community’ by local media.

The mother served on Slaughter’s Board of Alderman working on local legislation for about four years, and was an assistant to the city prosecutor in the nearby city of Zachary.

Clay was reportedly an officer for the non-profit Baton Rouge Civil War Roundtable, which provides a ‘non-partisan atmosphere, to educate and foster an appreciation for the sacrifices made by all during the civil war’, according to its website.