The United States Senate on Thursday failed to push through an additional $250bn of aid intended to help small businesses cope with the economic toll of the new coronavirus pandemic as Democrats and Republicans blocked each other’s proposals.

Democrats objected to a Republican measure for $250bn to beef up emergency loans to small businesses, saying they would back the bill only if it had strings attached and was coupled with a similar amount for hospitals, local governments and food assistance.

Republicans objected to the Democratic initiative, saying only the money in a small business loan programme was at risk of running out now and needed to be replenished.

“To my Democratic colleagues, please – please – do not block emergency aid you do not even oppose just because you want something more,” said Senate Majority Leader Mitch McConnell, a Republican.

But Democratic Senator Chris Van Hollen called McConnell’s move “a complete political stunt here on the floor of the United States Senate.” He and Democratic Senator Ben Cardin called for immediate renewal instead of an emergency loan and grant programme for small businesses that they said already has run out of money.

The Republican measure brought by McConnell was sought by the Trump administration. It wanted to replenish a $349bn loan programme for restaurants, hotels and an array of other small businesses struggling in an economy hobbled by the coronavirus, which has shuttered schools and businesses, left most of the nation’s population sheltering at home and thrown millions out of work.

I hope none of my colleagues object to my request for these urgently-needed funds. There is no reason why this bipartisan job-saving program should be held hostage for other priorities. Let’s re-fund the only program that’s already running dry and keep moving forward together.

Before the Senate action, Treasury Secretary Steve Mnuchin said in an interview with CNBC that officials wanted to get the small business loans programme beefed up as soon as possible.

“We need more money for small business. The president has been very clear. He’d be happy to talk about other issues such as hospitals and states in the next bill. But we wanted to go and get money for the small business programme, which again has enormous bipartisan support,” Mnuchin said. 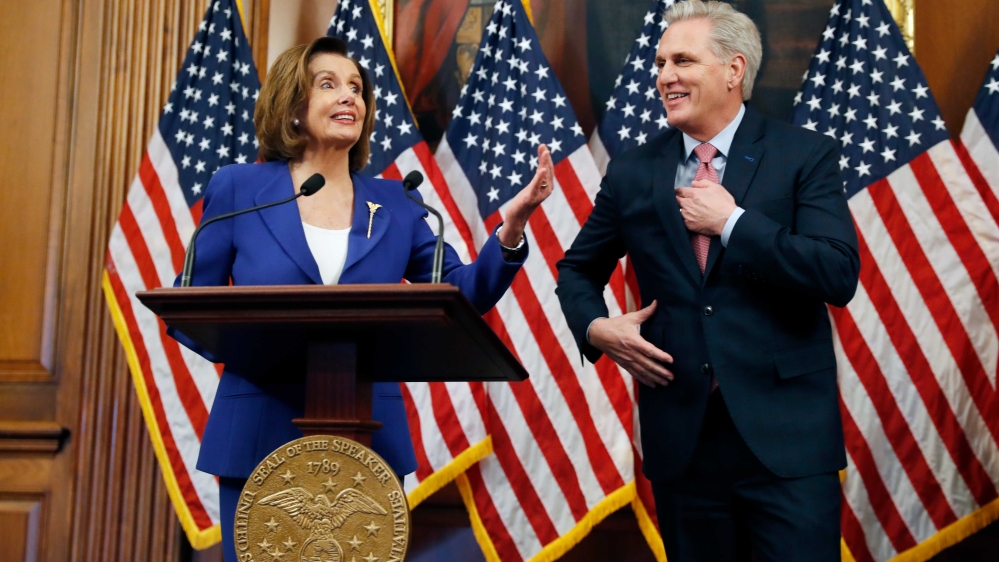 With most of Congress out on a recess, each side tried to ram its respective bill through the Senate on a fast track, meaning it took only an objection from any one of the 100 senators to shelve either plan.

Congress has already allocated more than $2.3 trillion in three waves of legislation aimed at cushioning the economic hit of the pandemic, which has killed more than 14,700 people in the US.