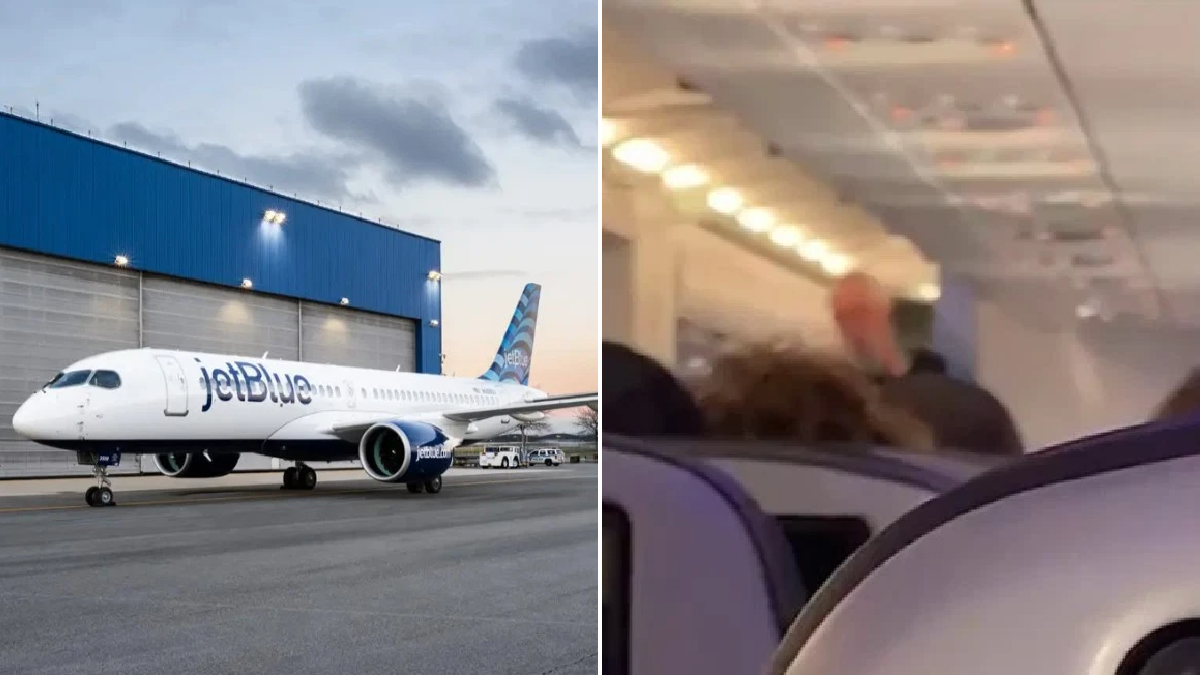 A man on board a JetBlue flight from New York to San Francisco allegedly touched at least one woman inappropriately, snorted a white substance and wielded a knife, forcing the plane to make an unscheduled landing.

The 42-year-old unruly passenger from Mechanicville, New York, was arrested upon landing in Minneapolis on Sunday, after reportedly yelling racial slurs and refusing to wear a mask, among other offenses.

Another passenger on the flight, Matt Kawashima, recorded a video of a JetBlue employee announcing the man’s behavior as the reason for diverting the plane.

‘He was annoying another passenger and unwanted touching, possibly inadvertent, maybe intentional, unknown. Multiple trips to the bathroom. The flight attendants were able to move that passenger so she felt more comfortable,’ the JetBlue worker said.

Delaney Washington, who was seated near the restroom, said ‘he kept walking back and forth to the bathroom, he had no shoes on, and he smelled awful’.

Passenger Bob McKanzie said that when the man got to his seat, he began yelling that he wanted a white Porsche.

‘I don’t know who he was talking to but that’s what he was saying,’ McKanzie said.