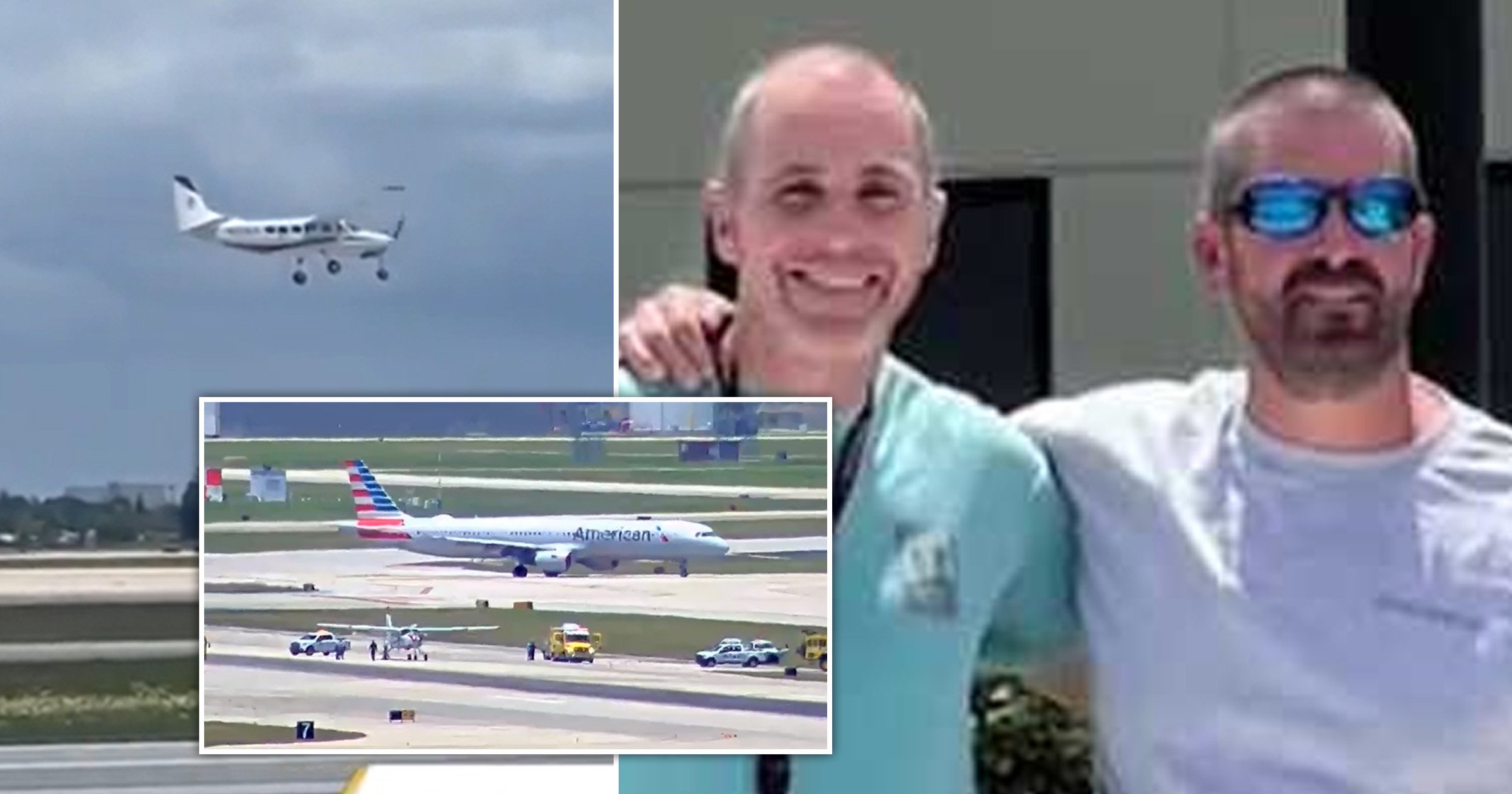 The passenger with no flying experience who landed a plane after the pilot became ‘incoherent’ has been identified as a Florida interior designer.

An audio recording of Darren Harrison’s conversation with air traffic control revealed the ‘serious situation’ unfolding aboard the small private jet flying to Florida from the Bahamas.

On any other day, 39-year-old Harrison serves as the vice president at Sunshine Interiors, an interior design company, his cousin told the New York Post.

Harrison had been heading home following a fishing trip in the Bahamas when the pilot flying the Cessna 208 fell ill.

‘I’ve got a serious situation here. My pilot has gone incoherent. I have no idea how to fly the airplane,’ Harrison told Morgan over the radio system.

While the heroic passenger declined interviews, Matthew Harrison told the newspaper he was shocked to learn about his cousin’s bravery.

‘I was like “wait, that’s my cousin?”‘ Matthew said. ‘That was insane. I’m impressed too, he was so calm, I’ve never known him to be that calm before.’

The cousin added that the hero’s pregnant wife also couldn’t believe he’d been able to land it.

‘I messaged his wife and said will you reach out to him and let him know I’m super impressed and proud of him, that’s amazing,’ Matthew added.

Following his safe landing, Harrison met with Morgan on the tarmac for a hug.

Morgan, who also teaches new pilots, provided Harrison the guidance needed to land the plane without incident. He had been called back early from his lunch break because he is a flight instructor with over 20 years experience as well as an aircraft controller.

Over the radio he could be heard directing him along the Florida coastline.

‘Maintain wings level and just try to follow the coast, either northbound or southbound. We’re trying to locate you,’ Morgan had said on Tuesday.

Morgan used a map of the aircraft’s cockpit to provide detailed instructions to Harrison on how to land.

‘I knew the plane was flying like any other plane. I just knew I had to keep him calm, point him to the runway and tell him how to reduce the power so he could descend to land,’ Morgan told WPBF-TV.

In the recording, Morgan can be heard instructing Harrison to ‘push forward on the controls and descend at a very slow rate’ while landing the plane.

The Federal Aviation Administration (FAA) referred to the incident as a team miracle, and are currently investigating how the situation unfolded.