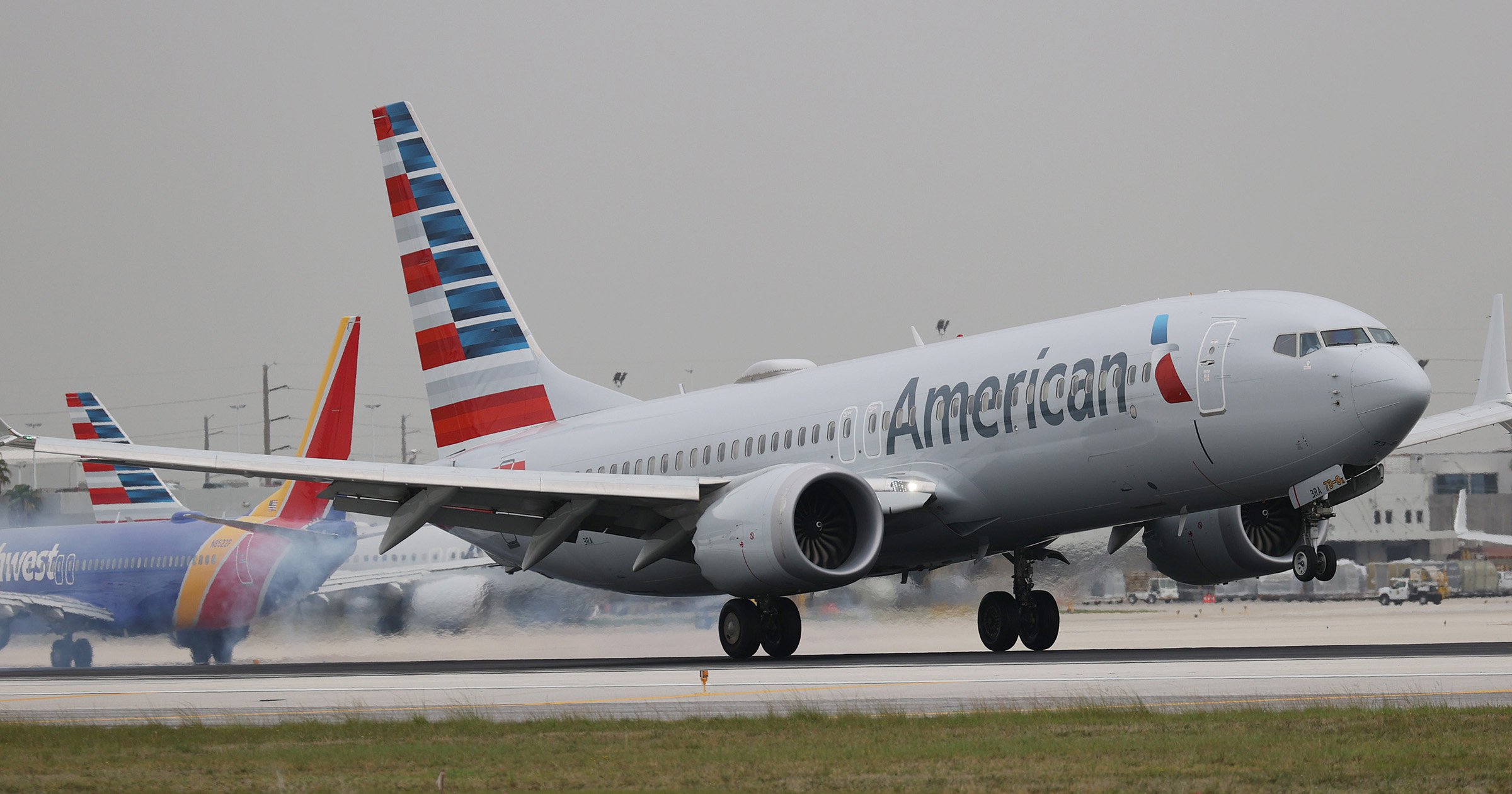 Some American Airlines passengers were driven to ‘mental breakdowns’ over the weekend as they were trapped aboard a hot plane that had been stalled for nearly six hours.

Passengers were reportedly driven to tears after they had been cooped up on the hot aircraft all afternoon with no food or beverages, the Charlotte Observer reported.

The flight from Charlotte Douglas International Airport to New York City’s JFK was scheduled to leave early Sunday afternoon at around 1.40pm, but the plane experienced issues with its fuel tank. Passengers were then transferred to a second plane around 4.30pm, which only took off at 7.30pm after being held on the runway for several hours.

Genna Contino, a reporter with the newspaper who was on the flight, tweeted about the horrifying experience.

‘just sat on a plane with limited AC for three hours while they were fixing the fuel tank, turns out they can’t fix it and now we’re switching planes i——-,’ she wrote.

While the first plane had ‘limited’ air conditioning, the second passengers boarded had none. Throughout the six hour delay passengers weren’t provided any food or beverage services, which prompted a ‘mental breakdown’ from at least one passenger and tears from others.

Contino said the airline had lowered, and at one point turned off, the air conditioning in order to save fuel, ‘until people started sobbing and having panic attacks.’ The second plane was just as hot until passengers complained about the conditions.

The airline did not allow passengers to disembark the plane despite the distress many were experiencing, Cortino said.

American Airlines spokesman Andrew Tull told the newspaper that the six-hour delay was caused by a combination of maintenance and weather related issues. There were scattered thunderstorms and rain in Charlotte on Sunday.

‘While certainly an unfortunate delay, it is something we apologize to our customers for with the combination of maintenance and weather,’ Trull said.