Paul J. Hanly Jr., a top trial lawyer who had been central to the current nationwide litigation against pharmaceutical companies and others in the supply chain for their role in the deadly opioid epidemic, died on Saturday at his home in Miami Beach. He was 70.

The cause was anaplastic thyroid cancer, an extremely rare and aggressive disease, said Jayne Conroy, his longtime law partner.

Over his four-decade career, Mr. Hanly, a class-action plaintiffs’ lawyer, litigated and managed numerous complex legal cases, involving among other things the funding of terrorists, stemming from the attacks of Sept. 11, 2001, and allegations of the sexual abuse of dozens of boys by a man who ran an orphanage and school in Haiti.

But nothing compares to the national opioid cases that are pending in federal court in Cleveland on behalf of thousands of municipalities and tribes against the manufacturers and distributors of prescription opioid pain medications. The federal opioid litigation is regarded by many as perhaps the most complex in American legal history — even more entangled and far-reaching than the epic legal battles with the tobacco industry.

The defendants — including every link in the supply chain of opioid manufacturing, distributing and dispensing — are accused of aggressively marketing painkillers while downplaying the risks of addiction and overdose. Their actions, Mr. Hanly has argued, contributed to the opioid epidemic that has raged across the country for two decades, killing hundreds of thousands of people who started abusing pain medications like OxyContin and transitioned to street drugs like heroin and fentanyl.

“This has probably been the most complicated constellation of litigation that’s come to the federal court in my tenure,” Judge Dan A. Polster of the Northern District of Ohio, who is overseeing the sprawling case, said in a phone interview on Saturday. “I’ve been fortunate to have the best lawyers in the country on all sides, and Paul was one of them.”

“He was an excellent lawyer, a consummate professional,” the judge added. “He fought hard. He fought fairly. And that’s what you want from a lawyer, from an advocate.” He said that Mr. Hanly had a leadership role “in helping to organize and make cohesive the plaintiffs’ side of the case.”

Mr. Hanly, of Simmons Hanly Conroy in New York, was one of three co-leads of the Plaintiffs Executive Committee, which handles all aspects of the case for plaintiffs, along with Joe Rice, of Motley Rice in South Carolina, and Paul T. Farrell Jr., of Farrell Law in West Virginia.

At the same time, multiple opioid cases are proceeding at the state level. Mr. Hanly had also been preparing for a bellwether case against manufacturers and distributors that is scheduled to go to trial next month in Suffolk County, N.Y.

He had long been at the forefront of efforts to hold drug companies accountable. He brought one of the first big lawsuits against Purdue Pharma in 2003 for failing to warn more than 5,000 patients about the addictive properties of OxyContin. His clients eventually settled with Purdue for $75 million. It was one of the few instances in which a drug maker agreed to pay individual patients who had accused it of soft-pedaling the risk of addiction.

Mr. Hanly had a history of taking on complex cases with vast numbers of plaintiffs. Shortly after the 2001 terrorist attacks, he represented some of the families who had lost loved ones on the planes and in the World Trade Center. He also filed suit to stop the sale of tanzanite, a raw stone used as a cash alternative to fund terrorist activities. That lawsuit was expanded to include foreign governments, banks and others that supported Al Qaeda. Portions of it remain pending.

Another of his important cases was a 2013 landmark settlement of $12 million on behalf of 24 Haitian boys who said they had been sexually abused by Douglas Perlitz, who ran programs for underprivileged boys and was subsequently sentenced to 19 years in prison. Mr. Hanly said the defendants, including the Society of Jesus of New England, Fairfield University and others, had not properly supervised Mr. Perliitz. Mr. Hanly filed additional charges in 2015, bringing the total number of abused youths to more than 100 between the late 1990s and 2010.

“Paul was a lawyer’s lawyer,” said Ms. Conroy, his law partner. She said he was renowned for his exhaustive trial preparation, his creative trial strategies and his nearly photographic memory of the contents of documents.

He was also known for veering sartorially from the muted grays and blacks of most lawyers to more jaunty attire in bright yellows, blues and pinks. He favored bespoke styles that were flashy yet sophisticated. His two-tone shoes were all handmade. 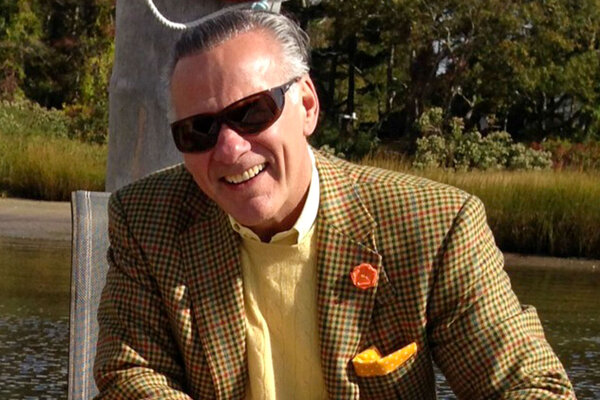 In a recently published book about the opioid industry, “Empire of Pain,” Patrick Radden Keefe described Mr. Hanly as looking “like a lawyer in a Dick Tracy cartoon” with his bold colors and tailored shirts with stiff, contrasting collars. But none of this, Mr. Keefe made clear, diminished his competitive edge.

“Paul was a man of few words and a commanding presence,” said David Nachman, who recently retired from the New York attorney general’s office, where he was the lead lawyer on the state’s opioid case and was working with Mr. Hanly to bring the case to trial in Suffolk County.

“When he entered a room, everyone noticed,” Mr. Nachman said by email. “When he spoke, everyone listened, and when he smiled, you knew things would be OK.”

His family was rather notorious in New Jersey; some members had been indicted on corruption charges and had served time in jail. These included his maternal grandfather, John V. Kenny, a former mayor of Jersey City and a powerful Hudson County Democratic boss known as “the pope of Jersey City,” who was jailed in the 1970s after pleading guilty to charges of income tax evasion.

Mr. Hanly took a different path. He went to Cornell, where his roommate was Ed Marinaro, who went on to play professional football and later became an actor (best known for “Hill Street Blues”). Mr. Hanly, who played football with him, graduated in 1972 with a major in philosophy and received a scholar-athlete award as the Cornell varsity football senior who combined the highest academic average with outstanding ability.

He earned a master’s degree in philosophy from Cambridge University in 1976 and a law degree from Georgetown in 1979. He then clerked for Lawrence A. Whipple, a U.S. District Court judge in New Jersey.

He began his legal career as a national trial counsel and settlement counsel to Turner & Newall, a British asbestos company, one of the world’s largest, in its product-liability cases. The company was purchased by an American firm, Federal-Mogul, in 1998, after which it was overwhelmed with asbestos claims and filed for bankruptcy in 2001.

Mr. Hanly and Ms. Conroy spent much of their time steeped in negotiations with plaintiffs’ lawyers. They soon switched to representing plaintiffs themselves.

“We recognized over time that that was more important to us,” Ms. Conroy said, “to make sure victims were compensated for what happened.”