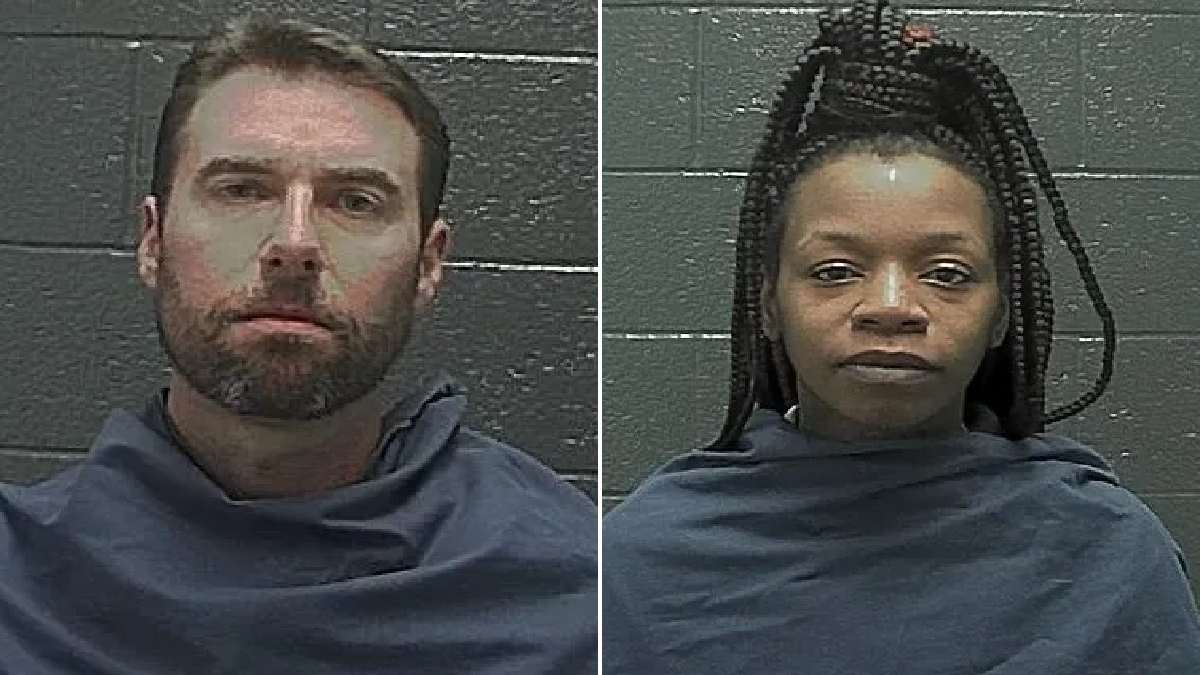 Investigators in Wichita Falls, Texas, allege that Patterson called a grown woman who ran a phone sex line in May 2012, and made her say bad things about Jesus to satisfy his warped lust.

Janreani Bell, who is accused of taking the two children to Patterson’s home for him to abuse, is also said to have experienced his anti-Christianity obsession first hand.

After her arrest, Bell, 28, is also said to have told detectives of Patterson’s fixation with blasphemy, and recalled how he told her he wanted to ‘F**k (her) on the altar’ of a church.

Patterson was arrested and booked into jail on February 3 over claims he had molested the two children allegedly trafficked to him by Bell during November and December 2017.

They are said to have been given candy after he abused them both in November 2017, with Bell handed $500 in cash, according to police.

A month later, the 10 year-old is said to have been made to watch as Patterson had sex with Bell. Wichita Falls Police began investigating the child abuse claims against Patterson last month, and interviewed the two girls he is accused of molesting.

Bell was also interviewed, and claimed to have met Patterson on a ‘sugar daddy website,’ the Times Record News reported.

She identified Patterson from a photo line-up, and said he would pay for sex, it is alleged.

Her relationship to the two girls Patterson allegedly abused has not been shared.

Patterson was subsequently arrested, with news of his alleged 2012 call to the phone sex line emerging afterwards.

He denied any wrongdoing, and insisted he had only been ‘roleplaying’ with his adult partners.

Patterson and Bell both face trafficking charges, and are being held at Wichita County Jail ahead of their next hearing.