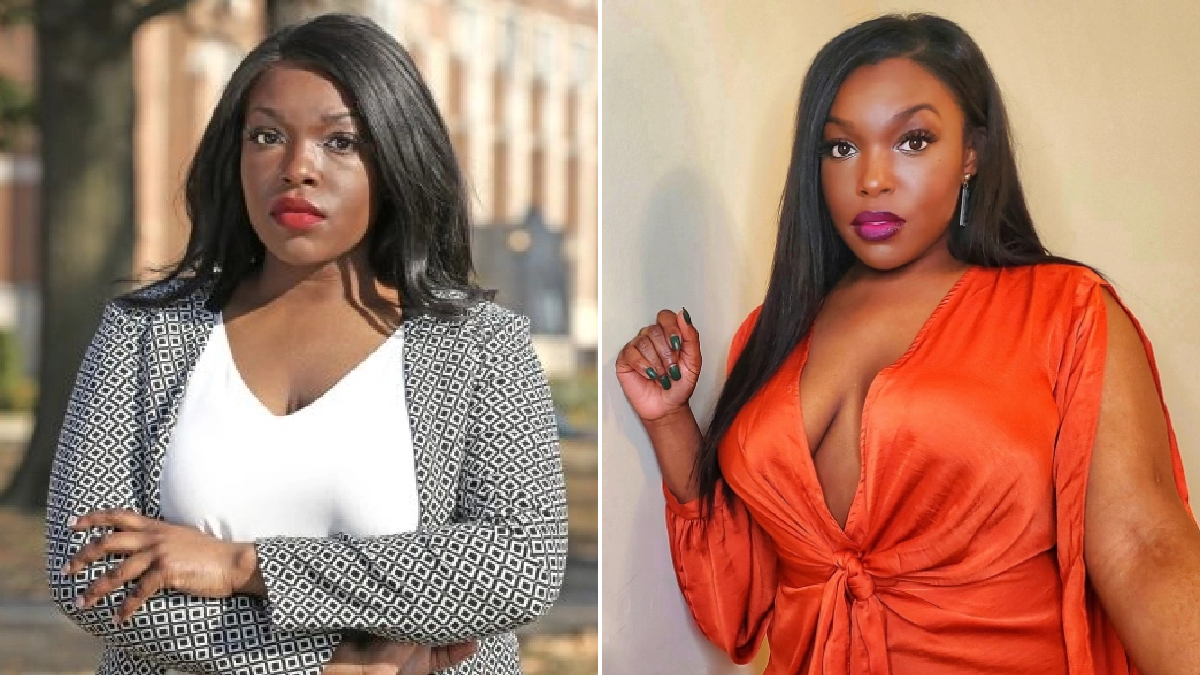 A student pharmacist is suing her university after it expelled her over her ‘sex positive’ Twitter posts. Kimberly Diei, 27, is now suing the University of Tennessee (UT) for violating her constitutional right to freedom of expression, after the college dean reversed the original decision to throw her out.

Kimberly, from Memphis, shared posts of herself posing in revealing clothing with her tongue out, and singing her own version of x-rated Cardi B rap song WAP. She told The New York Times: ‘I’m a sexual being.’

But Kimberly’s social media accounts landed her in trouble after they were anonymously reported to university bosses twice. A disciplinary panel branded them ‘vulgar’, ‘crude,’ and said her ‘conduct is a serious breach of the norms and expectations of the profession.’

They highlighted one image posted by Kimberly, which showed she was a student at the UT’s school of pharmacy.

Kimberly was expelled in September last year, and said of that decision: ‘I was sick to my stomach.’ She found a lawyer during the two days she was given to appeal, with university bosses reversing the expulsion on realizing Kimberly planned to sue.

She has proceeded with the lawsuit anyway, after alleging that university bosses had selectively imposed its social media policy in an unfair and inconsistent manner.

Explaining her decision to sue, Kimberly told the Foundation for Individual Rights in Expression: ‘UT spied on my social media activity — activity that has no bearing on my success as a pharmacist or my education.

‘I can be a successful and professional pharmacist as well as a strong woman that embraces her sexuality. The two are not mutually exclusive.’

A UT spokeswoman said she was unable to comment on pending litigation.