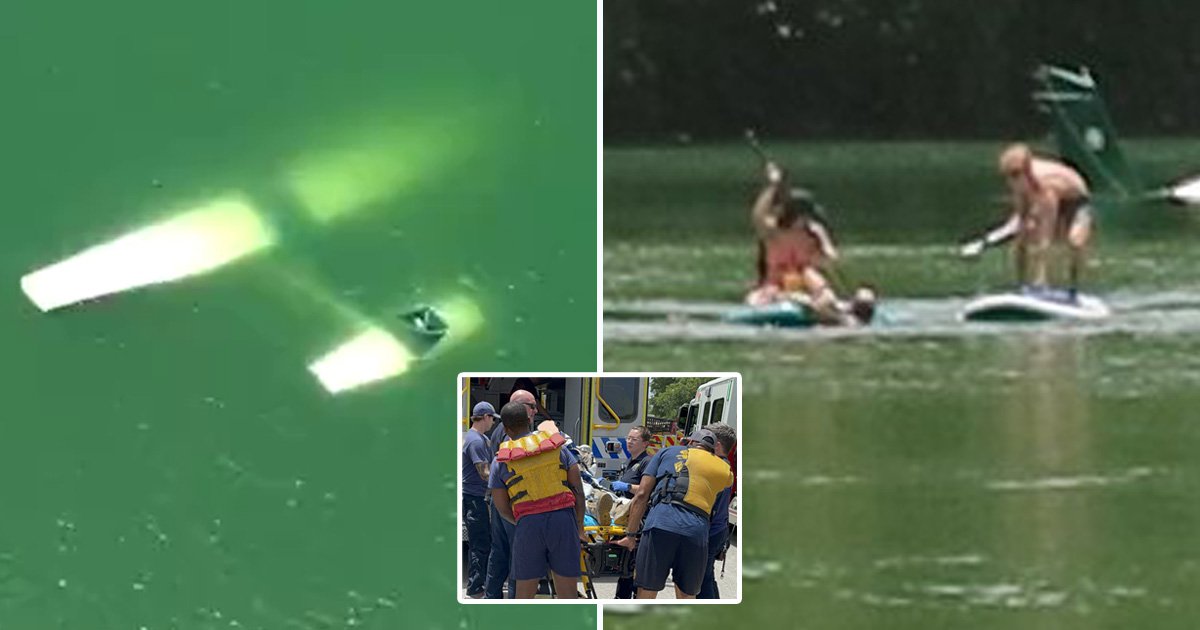 Heroic paddleboarders rushed to save a pilot who had to crash land in a lake after suffering ‘mechanical issues’.

A Texas Parks and Wildlife Department game warden was test-flying a plane on Thursday afternoon when he reported some issues despite the aircraft just coming out of routine maintenance.

They eventually forced the pilot to try and land in Lady Bird Lake, in central Austin, and he crashed into the water.

Luckily there was a group of paddleboarders on the water and they spotted the plane.

They put the pilot’s body on one of their boards and pushed him to shore where there were medics waiting.

He was rushed to hospital with ‘potentially serious injuries’.

One of the bystanders who helped, Nicholas Compton, told Austin TV station KXAN: ‘I was expecting to see something much worse than a man still alive floating so I was very relieved to see that he was still conscious.

‘So it wasn’t much thinking except just getting him to the shore to medical services.’ 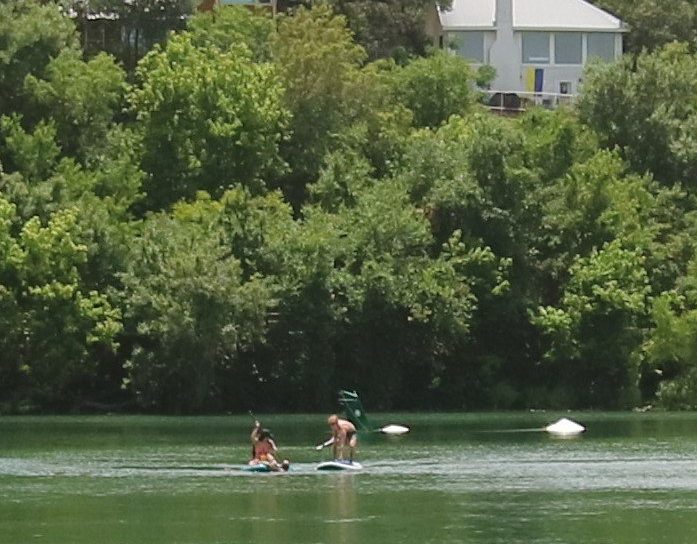 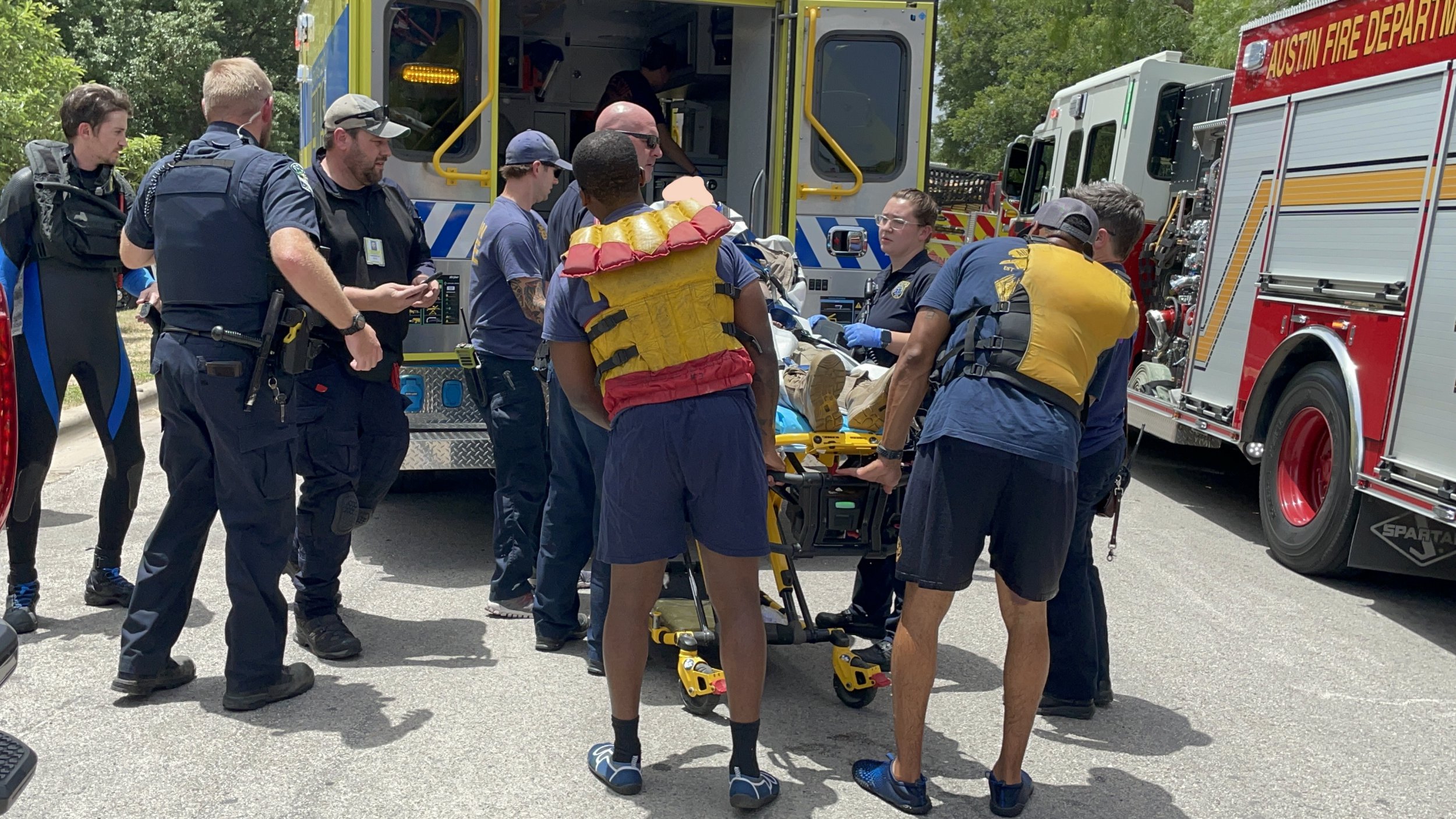 Dramatic aerial footage shows the plane partially submerged near the surface of the water.

Pictures and video clips posted to social media show the police, the fire department and paramedics there to help.

Several people commented their best wishes, prayers and hopes that the pilot is safe.

It comes after the inventor of the jet-powered Flyboard was rushed to hospital after plunging 15 metres into the water during a display at Lake Biscarosse, in France, last month.

The 40-year-old, who flew over the English Channel on his Flyboard, suffered only minor injuries and is said to be ‘recovering well’ from his accident.

Footage shows Zapata rising slowly in a spin before he appears to lose control.

It causes him to spin around several times and he crashes into the lake in front of the crowd.

French media said he was conscious when emergency services pulled him from the water.