Robert Bower on Thursday denied charges that include the murdering of 11 people, hate crimes and firearms offences.

Bowers, 46, dressed in a red jumpsuit and with a bandaged arm, spoke in court only to say he understood the charges and to enter a not guilty plea.

He was injured during a shootout with police during the massacre at the Tree of Life synagogue in Pittsburgh’s Squirrel Hill neighbourhood in what is believed to be the worst antisemitic attack in US history.

Bowers is accused of bursting into the synagogue and opening fire with a semi-automatic rifle and three pistols during a Sabbath prayer service as he shouted: “All Jews must die.” 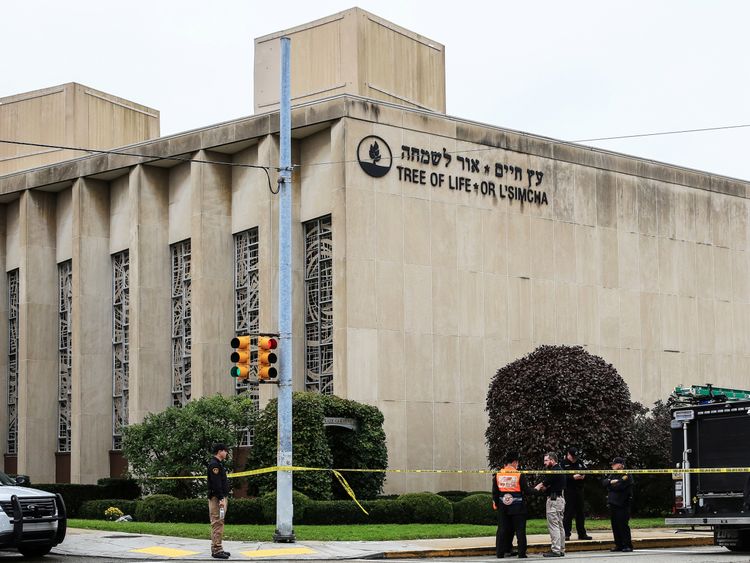 Six people, including four police officers, were wounded before the suspect was shot by police and surrendered.

Bowers’ appearance in court came as funerals for three more victims were planned for Thursday.

Funerals will be held for Sylvan Simon, 86, his wife, Bernice, 84, and for Richard Gottfried, 65. 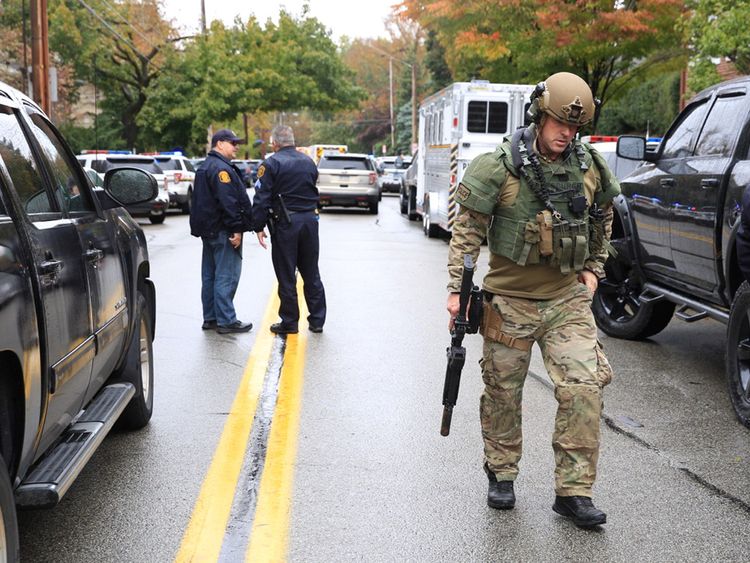 The Pittsburgh massacre also has fuelled a debate over Donald Trump’s rhetoric and his self-identification as a “nationalist”.

Critics say the president’s language has led to a surge in right-wing extremism and may have helped provoke the synagogue bloodshed.

Mr Trump visited the synagogue on Tuesday and met with some of the congregation’s leaders.

The president made no public comments during his visit on Tuesday but, posting on Twitter on Wednesday, Mr Trump insisted he and Melania were “treated very nicely” during their visit.

He tweeted: “Melania and I were treated very nicely yesterday in Pittsburgh. The Office of the President was shown great respect on a very sad & solemn day. We were treated so warmly. Small protest was not seen by us, staged far away. The Fake News stories were just the opposite-Disgraceful!”

The president has also been accused of inflaming tensions over immigration in the run-up to the mid-term elections next Tuesday.

He has sent thousands of extra troops to the US-Mexico border after a caravan carrying migrants from Central America set out to reach the border.