By Nicholas Bogel-Burroughs and Marie Fazio

“Well, I was asked to review a lot of the materials and come to an independent conclusion about what I thought the cause, and manner of death were and the mechanism for that cause. I’ve never had a case like this that had such thorough documentation of the terminal events?” “And by way of the thorough documentation, what makes it so thorough, in your opinion?” “Well, the use of videos is unique in this case. Certainly as medical examiners we use videos, but there’s never been a case that I’ve been involved with that had videos over such a long time frame, and from so many different perspectives.” “Do you agree with Dr. Baker’s determination on the cause of death?” “Yes, I do.” “And is that by the word ‘immediate’ on here?” “Yes, cardiopulmonary arrest complicating law enforcement’s subdual restraint and neck compression.” “Have you, Dr. Thomas, formed an opinion about the mechanism of death?” “Yes.” “Would you tell us what that is?” “In this case, I believe the primary mechanism of death is asphyxia or low oxygen. So, this is not a sudden cardiac death, a sudden cardiac arrhythmia. This is a death where both the heart and lungs stopped working. And the point is that it’s due to law enforcement’s subdual restraint and compression. It basically is Mr. Floyd was in a position because of the subdual restraint and compression, where he was unable to get enough oxygen in to maintain his body functions.” 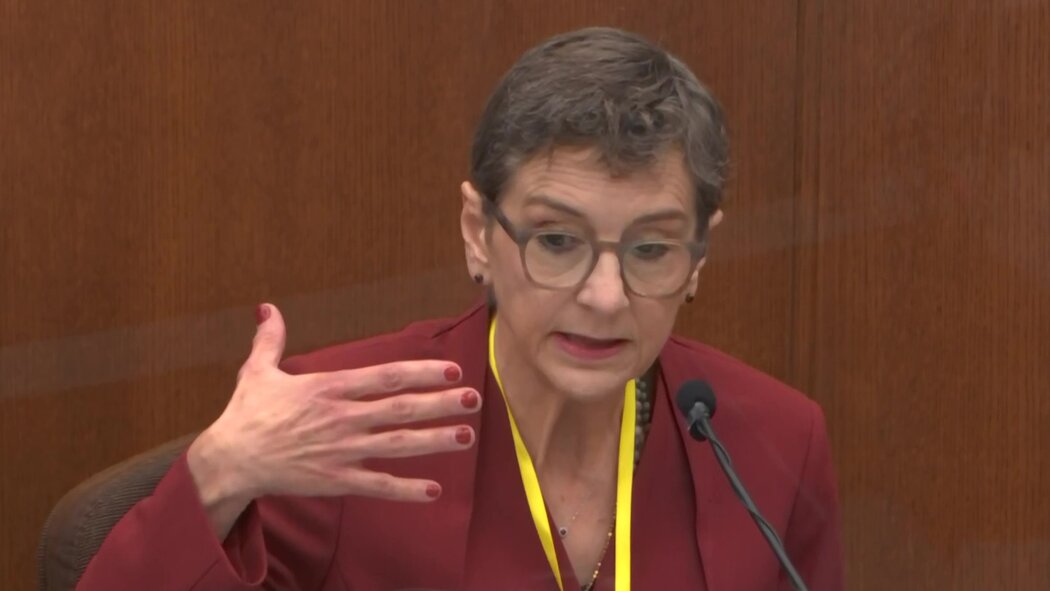