Two dozen homes and businesses burned in the town of Denton as unseasonably warm temperatures descended from the Great Plains to the Mid-Atlantic. 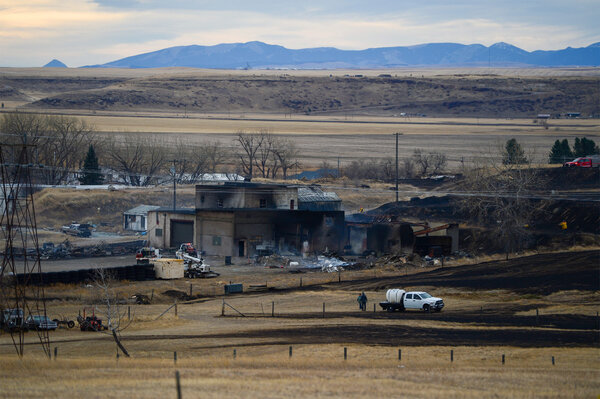 HELENA, Mont. — Record-high temperatures and powerful winds have sparked a series of unusual December prairie fires in Montana, one of a series of late-season fires across the country amid an unusually warm approach to the winter season.

The worst of the fires ripped through the small farming town of Denton, about 85 miles east of Great Falls, burning at least two dozen homes and businesses and sending several grain elevators up in flames.

Witnesses described rail cars melted, piles of grain and haystacks burning and firefighters staged on the football field at the local school.

“It’s definitely not a good sign that it is this dry in December and this warm,” said Brandon Linker, a farmer and volunteer firefighter in Denton. “We’ve had zero moisture since May and no sign of any in the future.”

The fires came as an unusual heat wave broke records across large portions of the United States and Canada. Temperatures from the Great Plains to the Mid-Atlantic were 20 to 30 degrees above normal for early December, reaching into the 60s and 70s, the National Weather Service said.