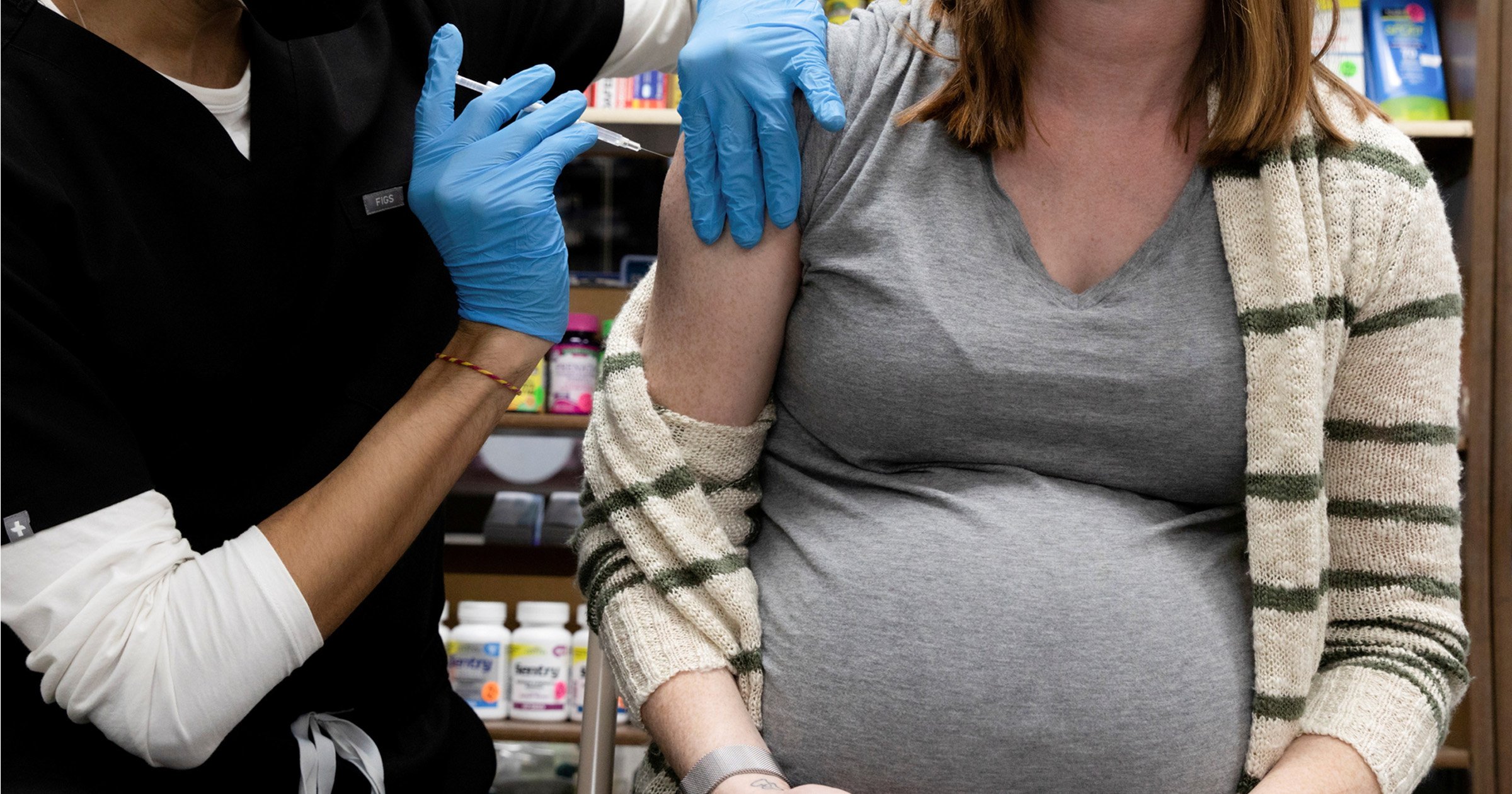 Pregnant women who receive a coronavirus vaccine pass protective antibodies on to their newborn babies, a study has suggested.

Researchers at New York University Grossman School of Medicine studied 36 newborns whose mothers received either the Pfizer or Moderna vaccine during their pregnancy.

Of the 36 infants studied, 100% had protective antibodies at birth.

Experts say the study proves the importance of vaccines, showing that they have the ‘power to protect two lives at once by preventing severe illness in both mothers and babies’.

Dr Ashley S Roman, an obstetrician at NYU and one of the study’s principal investigators, says studies like this ‘reinforce the importance of vaccines during pregnancy’.

‘If babies could be born with antibodies, it could protect them in the first several months of their lives when they are most vulnerable,’ she said.

Antibodies can either be produced as part of the natural response to an infection, or brought on by vaccines. Natural antibody responses against Covid are not sufficient to protect many people from the virus.

The antibodies discovered in the newborn’s blood, however, was made in response to the vaccines.

The study shows immunity can be transferred, which researchers hope will encourage expectant mothers who may be hesitant to get their vaccination.

Many pregnant people appear to need that extra push, according to recent data from the Centers for Disease Control and Prevention (CDC) that suggests only 23% of pregnant women have been vaccinated.

Women in Britain are also still hesitant to receive the vaccine, data from Public Health England (PHE) shows. Only 10% of women have gone for a Covid vaccine appointment as of the end of July – the most recent data available, according to the Daily Mail.

The study also found no increased risks during pregnancy, birth complications or identifiable risks to the fetus among those who received the vaccine.

Though the sample size from this particular study was small, the study’s senior author Dr Jennifer L Lighter says it is ‘encouraging that neonatal antibody levels are high if women are vaccinated’.

According to Lighter, the high levels of antibodies transferred into newborns from their vaccinated mothers is not surprising – it happens with other immunizations, too.

‘Our findings add to a growing list of important reasons why women should be advised to receive the Covid-19 vaccine during pregnancy for the added benefit of their newborn receiving crucial protection,’ Lighter said.

All studies so far have suggested mRNA vaccines, such as Pfizer and Moderna, are safe for pregnant women, with no proof behind claims they cause stillbirths or defects.

The latest NYU research was published in the American Journal of Obstetrics and Gynecology – Maternal Fetal Medicine.