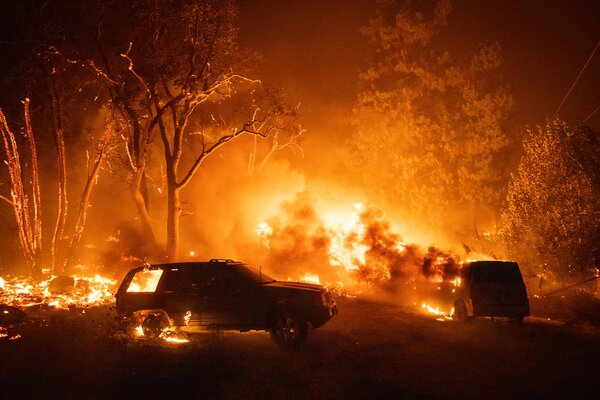 President Biden on Tuesday approved California’s request for a Presidential Major Disaster Declaration, a move that provides federal aid to four counties devastated by the Dixie and River fires.

The declaration can provide grants for temporary housing, home repairs, low-cost loans to cover uninsured property losses and other programs intended to help people and business owners recover, according to a news release from the White House.

Federal funding was also made available to state, tribal and eligible local governments and certain private nonprofit organizations on a cost-sharing basis for emergency protective measures in Lassen, Nevada, Placer and Plumas counties.

Eight counties in total were listed in Gov. Gavin Newsom’s request on Monday, however his office said in a news release the next day that more blazes — including the Caldor fire — could be added after ongoing damage assessments are completed.

“California is grateful for President Biden’s swift approval of our request and the ongoing work of our heroic firefighters and emergency responders to protect communities across Northern California,” Mr. Newsom said in a statement.

To help get evacuated residents back home, the state has already begun removing household-hazardous waste due to fires in multiple counties, the first step in returning damaged properties to their owners, the governor’s office said. Crews were also surveying the damage so the state could maximize its requests for federal aid.

Leaders in California are no stranger to asking the White House for assistance after disasters. Last fall, a similar request sent to the Trump administration was denied but quickly reversed after former President Donald J. Trump spoke with Mr. Newsom, a Democrat, and Representative Kevin McCarthy, a Republican and the House minority leader.

At least 11 large blazes in California continue to put stress on the state’s firefighting resources and its residents. The Dixie fire, the second-largest on record in California, has burned 735,000 acres in the northern part of the state, according to a New York Times wildfire tracker. It is 43 percent contained. The Caldor fire, near Sacramento, has become the top priority for firefighters and officials after burning more than 120,000 acres in 10 days. Other blazes, including the McFarland and the Monument fires, also remain active.