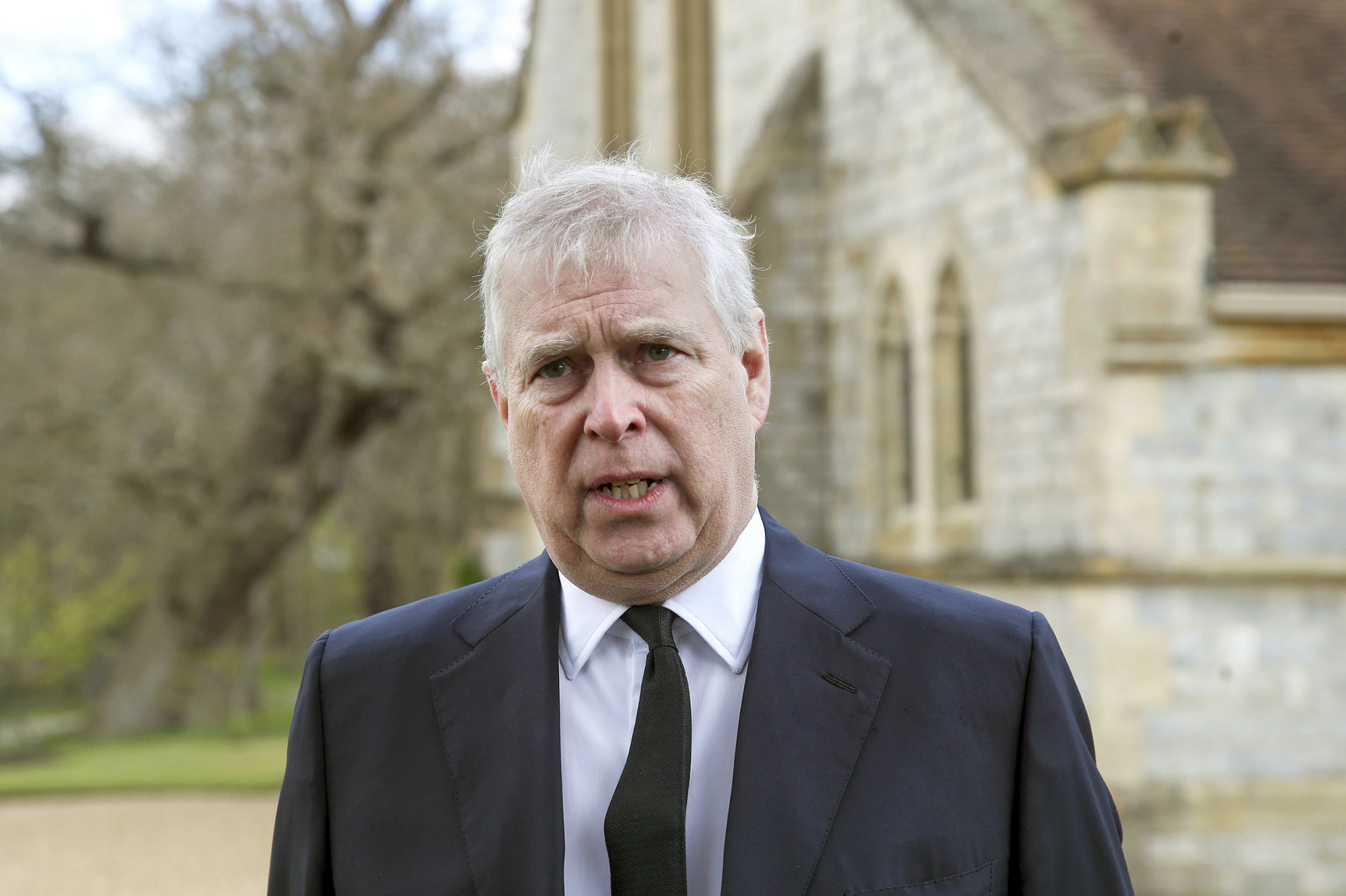 Prince Andrew has been dragged into Ghislaine Maxwell’s sex-trafficking trial after being listed as one of several high-profile passengers who flew on paedophile Jeffrey Epstein’s private jet.

A court heard the Duke of York was one of a number of VIPs to be invited on the disgraced financier’s aircraft, including former US presidents Donald Trump and Bill Clinton, and actor Kevin Spacey.

British socialite Maxwell is accused of preying on vulnerable young girls and luring them to massage rooms to be molested by Epstein between 1994 and 2004.

She denies the charges and says she is being used as a scapegoat for Epstein, who died in prison in 2019.

On Tuesday, Epstein’s former pilot Larry Visoski told jurors Maxwell was ‘number two’ to her ex-partner, with the convicted sex offender ‘definitely the big number one’.

Mr Visoski, who served as Epstein’s pilot for over 25 years, recalled meeting some of Epstein’s accusers but testified that he had never seen any sexual activity on the plane, nicknamed the ‘Lolita Express’.

He detailed how he would fly politicians, celebrities and royalty to Epstein’s homes in Palm Beach, New York, New Mexico, the private Caribbean island of Little St James and Paris.

It was Maxwell’s defence lawyer who brought up Prince Andrew.

At the court in New York, Christian Everdell asked Mr Visoski: ‘Are you aware of Prince Andrew, the Duke of York, he is the son of Queen Elizabeth II of England?’

Mr Everdell said: ‘Did he fly on Epstein’s planes?’

Mr Visoski replied ‘yes he did,’ but said he could not recall when.

He described her as a ‘short woman with dirty blonde hair’.

He said he did not know how old she was at the time, but did not believe she was underage.

Ms Giuffre has accused Epstein and Ms Maxwell of grooming her when she was 17 to have sex with Prince Andrew and other high-profile men. The Duke has vehemently denied the allegations and says he has no recollection of ever meeting her.

The witness also recalled meeting one of Epstein’s alleged victims, given the pseudonym ‘Jane’.

‘Did anyone tell you how old Jane was when you met her?’ assistant United States attorney Maurene Comey asked.

‘No they didn’t no,’ Mr Visoski responded.

‘Mr Epstein brought her to the cockpit and introduced her to me.

‘She was a mature woman with striking blue eyes.’

Jurors were shown numerous photographs of Epstein’s properties, including a ranch in New Mexico, an apartment in Paris and his private island in the US Virgin Islands.

Photographs of Epstein’s private planes were also shown to the jury.

Moving on to former president Trump, Mr Visoski said: ‘He flew on them a number of times.’

He told the court that he could not remember any of Mr Trump’s family flying.

‘Yes, I remember them as well,’ Mr Visoski replied.

The pilot recalled how he would have to make the aircraft ‘look nice’ for ex-president Bill Clinton when he flew on Epstein’s planes.

The pilot said he never saw anyone engage in sexual activity with young girls.

Mr Everdell said: ‘If Mr Epstein was engaging in sex acts during the flight he probably would have told you not to leave the cockpit would he?’

‘You had no reason to believe that Epstein or anyone else was engaging in sex acts with underage girls on flights?’

During the trial on Tuesday, Maxwell was supported by her sister, Isabel, and the defendant nodded at her as she entered court.

Wearing a beige turtleneck jumper, she put on reading glasses and read notes on the desk in front of her, before the jury entered the courtroom.

Maxwell listened intently to the witness evidence and wrote a number of notes throughout.

The defendant is further alleged to have lied under oath by hiding her participation in Epstein’s offences during a separate civil case.

Maxwell, who has been held in a US jail since her arrest in July last year, denies all charges.