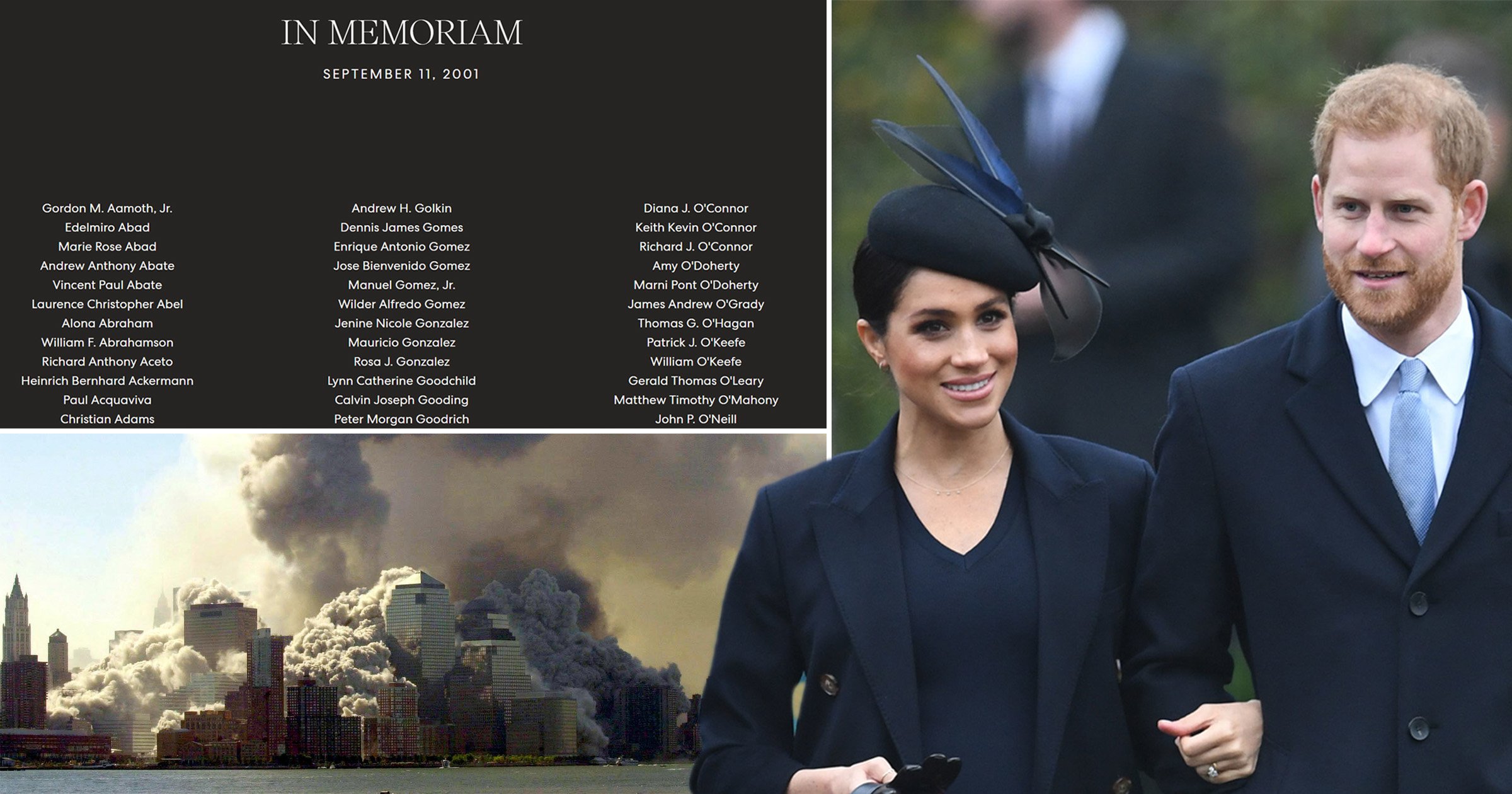 Prince Harry and Meghan Markle have updated their website to honour the victims of 9/11 on the 20th anniversary of the terror attack.

The Duke and Duchess of Sussex’s Archewell site now features a black homepage with the words ‘In Memoriam’ and ‘September 11, 2001’, followed by the names of the people who perished in the atrocity.

The devastating World Trade Center attack claimed the lives of 2,977 people from 93 different nations, including 67 Britons, with 2,753 killed in the Big Apple.

The couple paid their respects after the Queen led tributes to victims and survivors of ‘America’s darkest day’.

The monarch sent a heartfelt message to US President Joe Biden on the 20th anniversary of 9/11.

The Queen wrote: ‘As we mark the 20th anniversary of the terrible attacks on September 11 2001, my thoughts and prayers and those of my family and the entire nation, remain with the victims, survivors and families affected, as well as the first responders and rescue workers called to duty.

‘My visit to the site of the World Trade Centre in 2010 is held fast in my memory.

‘It reminds me that as we honour those from many nations, faiths and backgrounds who lost their lives, we also pay tribute to the resilience and determination of the communities who joined together to rebuild.’

The message, shared on the Royal Family Twitter feed, was also re-tweeted by Prince William and Kate Middleton’s account, The Duke and Duchess of Cambridge @KensingtonRoyal.

The Queenâs message to the President of the United States on the 20th anniversary of the attacks on 11th September 2001. pic.twitter.com/jsdH4X50Ao

Families of the 9/11 victims read out their names in a emotional ceremony at Ground Zero, with many tearful as they remembered their loved ones.

A minute’s silence was held at the ceremony, attended by President Biden and wife Dr Jill Biden together with former presidents Barrack Obama and Bill Clinton.

Meanwhile George W. Bush – who was just one year into his presidency when the Twin Towers were targeted – joined Vice President Kamala Harris in Pennsylvania, where a fourth plane was downed by passengers in a determined bid to prevent further atrocities.

Bush, now 75, has called on people to unite in the face of fear and reject prejudice and bigotry.