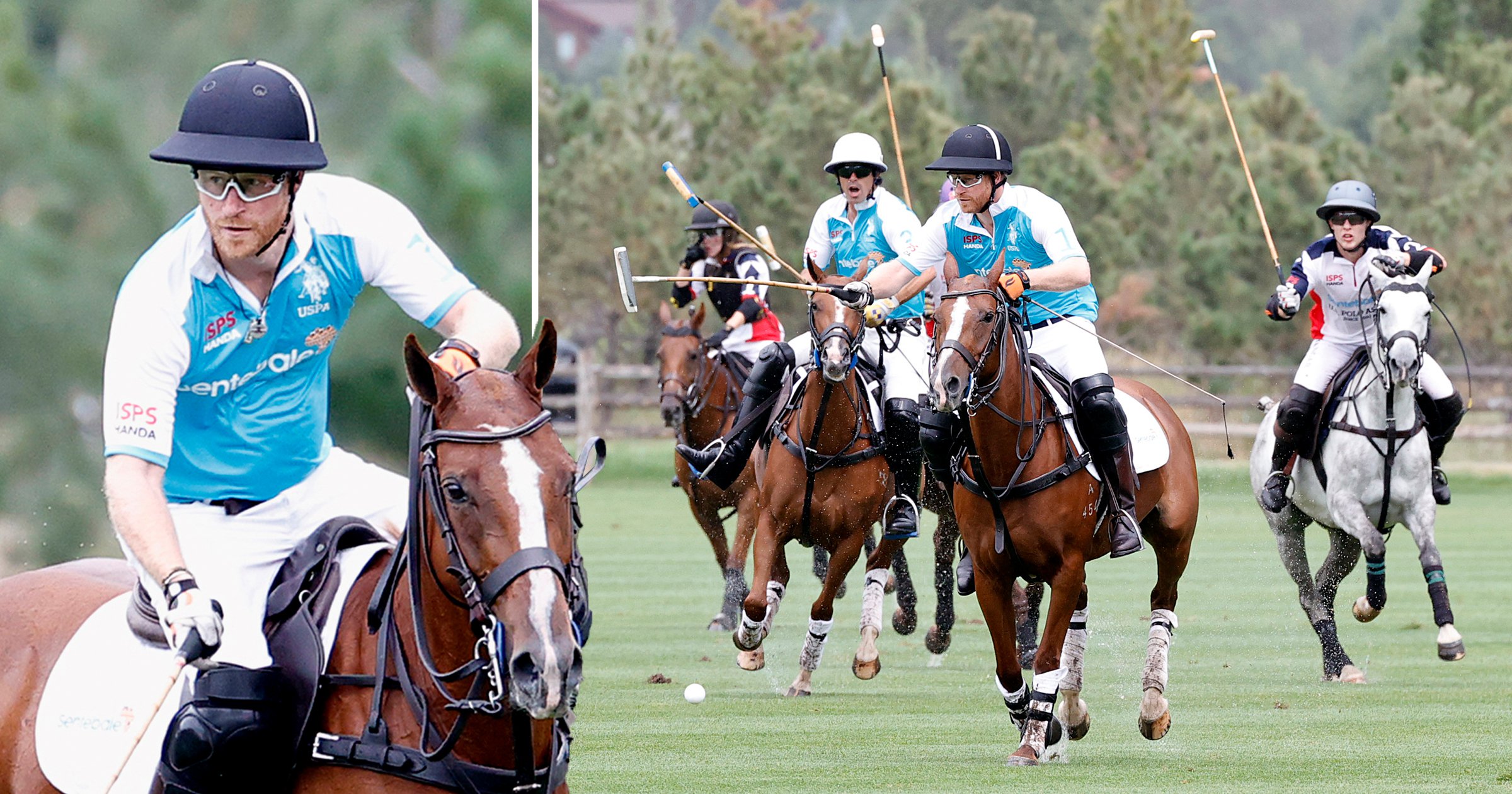 Prince Harry was all smiles as he appeared in a polo match to raise money for his charity, Sentebale.

It was the first public appearance for the duke in the US since the birth of his second child, Lilibet.

But there was no sign of wife Meghan and their two children, Archie and Lilibet, on the sidelines.

The couple are said to be gearing up for a busy couple of months after the end of their parental leave.

Omid Scobie, the co-author of Finding Freedom and preferred journalist for the couple, said they are ‘thriving’ and ‘really excited’ about the busy schedule they have coming up.

The Sussexes are expected to make more podcasts for Spotify and continue their charity work, while Harry will release his much-anticipated new memoir.

It was Scobie who also announced Harry’s surprise appearance at the match, tweeting yesterday: ‘Prince Harry is back on the field.’

Figueras shared a pic of them together on Instagram and wrote: ‘How lucky I am to be able to ride along with you in your mission of making the world a better please for people not as fortunate as us.

‘It is your commitment and passion to give back that is my inspiration. It was so great spending a couple of days with you my friend.’

The royal family is braced for the publication of Harry’s memoirs next year which he has written ‘not as the prince I was born but as the man I have become’.

The duke has revealed he will donate £1.1m from the proceeds of the book to Sentebale, which he set up in memory of his mother Princess Diana.

The Sentebale ISPS Handa Polo Cup was postponed last year because of the pandemic, meaning the charity missed out on its biggest fundraising event of the year.

The duke said in a statement on the charity’s website: ‘Our refocused mission at Sentebale is about addressing the most-immediate needs of vulnerable children in southern Africa, helping them access vital health services, receive necessary care, and build skills to be more resilient and self-sufficient in the future.’

He thanked sponsors and those who had helped to make the tournament, which had fewer guests than normal because of the ongoing pandemic.

The duke added: ‘The Sentebale Polo Cup is critical to securing the funds needed to advance this important mission, and I’m thrilled to be able to support Sentebale, both in person and financially through a separate charitable donation to meet this immediate need.

‘This is one of several donations I plan to make to charitable organisations and I’m grateful to be able to give back in this way for the children and communities who gravely need it.’

It comes as Harry and Meghan’s unauthorised biography, Finding Freedom, was been updated by Mr Scobie with an excerpt due to be published in People magazine.

It states the couple have no regrets about leaving Britain and making bombshell claims about racism within the royal family.