Rieli Franciscato, an expert on the Amazon’s isolated tribes, had been frantically trying to keep safe a group that had ventured out of the forest. He was mistakenly perceived as a threat. 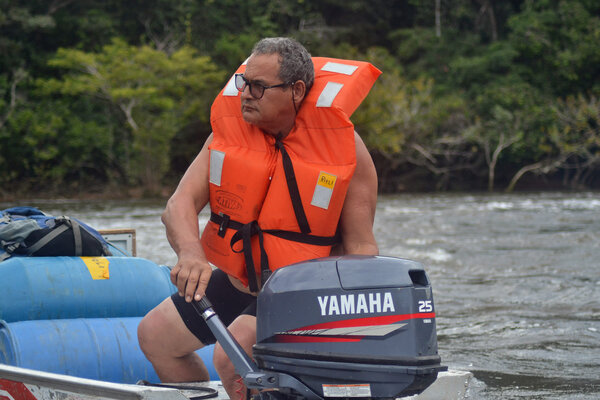 By Lis Moriconi and Ernesto Londoño

RIO DE JANEIRO — Sightings of the isolated tribes that Rieli Franciscato devoted his career to protecting are rare and fraught with danger.

So in June, when a handful of unclothed Indigenous people emerged from the forest in Rondônia state and approached a small hamlet, Mr. Franciscato, a Brazilian government official specializing in uncontacted tribes, sprang into action.

His frantic efforts the last few months to keep Rondônia’s isolated tribes safe, and to try to figure out why they had begun to venture out of the Amazon rainforest, ended on Wednesday when Mr. Franciscato was struck in the chest with an arrow and killed.

Colleagues and police investigators believe a member of an uncontacted tribe shot at Mr. Franciscato, 56, mistakenly perceiving him as a threat.

Moises Assaup Kampe, 35, a friend of Mr. Franciscato who was with him that day, said they had been retracing the footsteps of the tribesmen in the rainforest, following the most recent sighting by villagers in a rural area near the town of Seringueiras.

“We were looking for information about where they had come from and trying to see if they had left anything behind,” Mr. Kampe said.

Suddenly, Mr. Franciscato yelped. Mr. Kampe watched in horror as his friend yanked out the tip of a five-foot bamboo arrow that had pierced his chest.