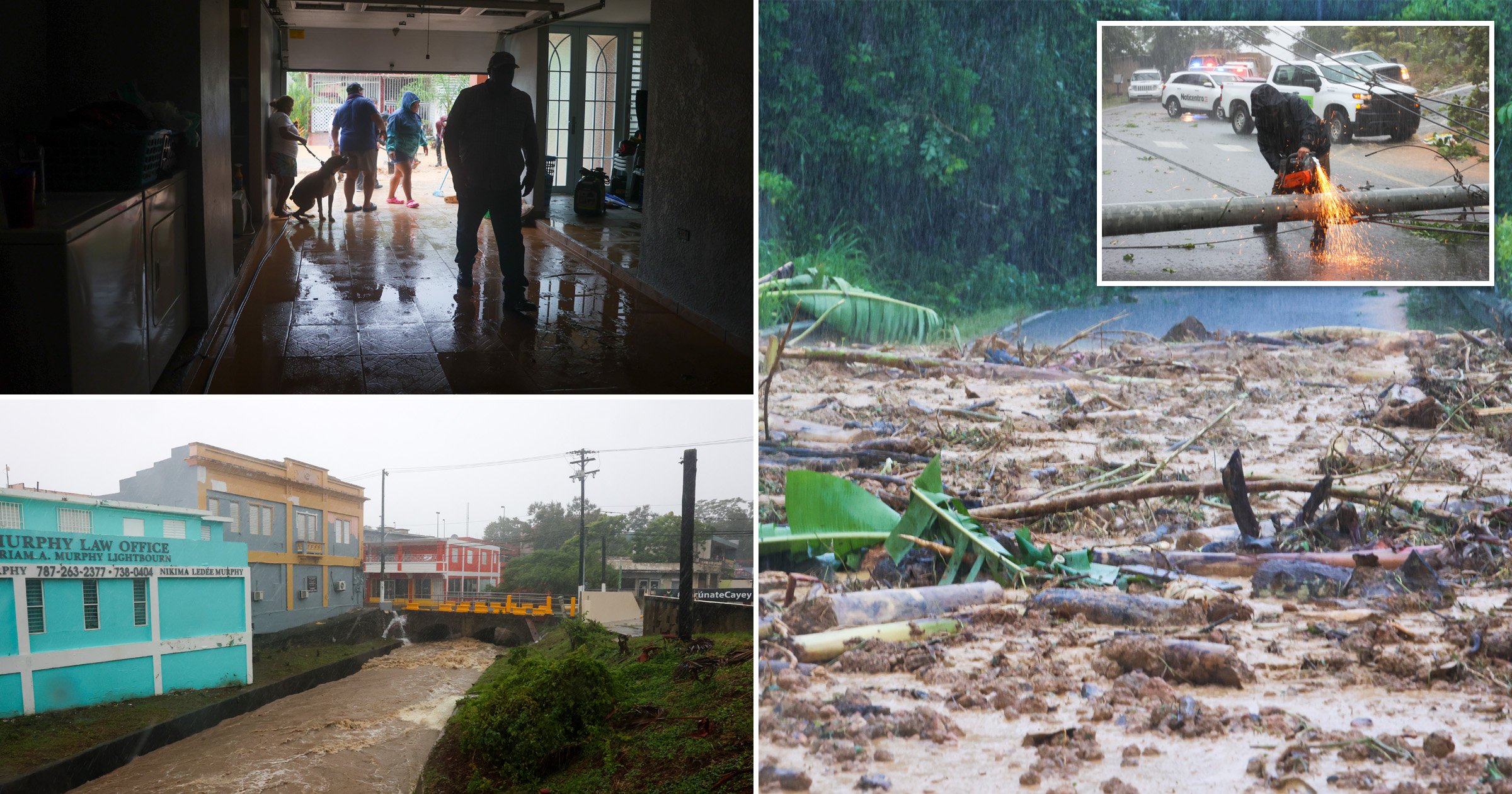 Hurricane Fiona made landfall in Puerto Rico on Sunday, knocking out the power grid and unleashing historic levels of rain into Monday.

Fiona made a second landfall in the Dominican Republic Monday, bringing damaging winds and floods as the heavy rain continues to impact Puerto Rico.

The storm sustained winds as fast as 85mph, and jumped from a Category 1 to Category 3 storm within 48 hours. The sheer magnitude of Fiona brought on an island-wide power outage, mudslides and at least 30 inches (76 centimeters) of rainfall.

Areas that weren’t drenched by flooding were littered with downed powerlines, trees and other debris from the storm. Roadways are flooded with brown, murky water as the rain continues to fall at a rapid rate.

By Monday morning, only a small portion of the 1.4 million customers without power began to have their electricity restored, according to AccuWeather. Full power restoration could take days, according to LUMA Energy, which handles electricity in Puerto Rico.

The storm also washed away a bridge in the town of Utuado, which had been originally installed by the National Guard after Hurricane Maria struck the area in 2017.

President Joe Biden declared a state of emergency in the US territory in order to utilize federal resources in the emergency response to the disaster.

Over 300 FEMA responders are on the ground in Puerto Rico helping storm victims as Fiona’s winds are only expected to increase in strength. The agency on Sunday said it felt Puerto Ricans’ pain as another tropical storm uprooted their lives.

‘We understand many are reliving the trauma of Hurricane Maria & Irma, 5 years later,’ the agency tweeted. ‘They have our full support now & for as long as it takes to recover.’

According to forecasters, Fiona will only bring more flooding, mudslides and damaging winds to the region before moving towards the Caribbean.

In a tweet Monday afternoon, Pierlusi urged citizens to remain in their homes if possible.

‘Puerto Rico has been seriously hit by Hurricane Fiona and more rains are expected throughout the Island,’ Pierlusi wrote in Spanish. ‘The Government is fully active and responding to all needs.’

Fiona’s landfall is five years after Hurricane Maria, a devastating Category 4 storm that took the lives of 2,975 people in 2017. Since then, infrastructure in much of the territory has remained weak, with many homes using tarps as a roof.

As the storm persists, heavy rain and wind are expected to take a toll on parts of the Dominican Republic, Turks and Caicos Islands and portions of the southeastern Bahamas into Tuesday.