The candidate had vowed to stay in the race until every single vote was counted after it went to a recount, with results expected by Sunday, but bowed out on Saturday.

On Twitter, Mr Gillum, who would have become the state’s first black governor, wrote: “I want to congratulate @RonDeSantisFL on becoming the next Governor of the great state of Florida.”

He added: “We are going to keep fighting. We will keep working. And in the end, I believe that we will win. I am so thankful to each and every one of you.”

He also posted a video to Facebook of him and his wife R Jai thanking supporters. In it he says: “We see you and we hear you, and your voices will continue to power us.”

Responding to the news on Twitter, Mr DeSantis said it was now “time to bring Florida together”.

US President Donald Trump congratulated both candidates but said the Republican would be a “great governor”. 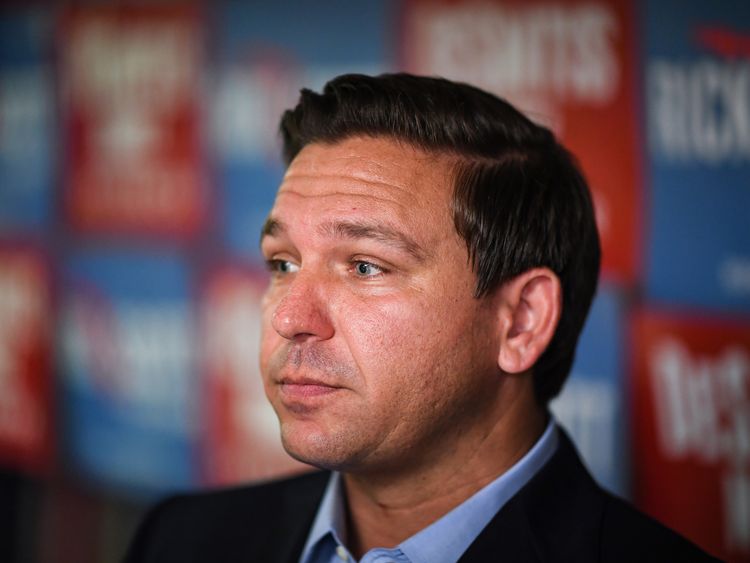 “Against all odds, he fought & fought & fought, the result being a historic victory. He never gave up and never will,” the president tweeted, before saying Mr Gillum would become a “strong Democrat warrior” in the future and “a force to reckon with”.

Florida produced some of the country’s closest results in the US midterm elections, with a Senate race between outgoing governor Rick Scott and incumbent Democrat Bill Nelson also going to a recount.

Unofficial results showed Mr Nelson trailing Mr Scott by about 12,600 votes out of the 8.2 million or so cast – a difference of 0.15 percentage points.

The narrow margin triggered a hand recount of problematic ballots, such as one where a voter filled in bubbles beside the names of the two candidates.

The results are set to be certified by Tuesday.

President Trump had repeatedly said Florida’s elections were marred by vote fraud. However, state authorities refuted the claims, saying there was no evidence of wrongdoing.

She was hoping to become the country’s first ever black female governor but was stopped in her tracks by a single percentage point between her and her rival.