Republicans distanced themselves Wednesday from President Trump over his failure to unambiguously condemn white supremacists during the presidential debate the night before, as Mr. Trump faced a torrent of criticism including a rare rebuke from the Senate’s top Republican.

The president scrambled to defend himself on Wednesday afternoon, falsely claiming that he had “always denounced any form” of white supremacy. And after saying at the debate that the Proud Boys, a far-right group that has endorsed violence, should “stand by,” Mr. Trump asserted on Wednesday that they didn’t even know who the group is.

The president continued efforts to sow doubts about the integrity of the vote, both at the debate and on Wednesday, alarmed election-monitoring experts who said that they feared that he was laying the groundwork to delegitimize the election results. And his raucous, interruption-filled debate performance led the Commission on Presidential Debates to say Wednesday that it would make changes to the format of this year’s remaining debates.

Taken together, the developments suggested that the debate was shaking up the campaign with a little over a month left until the election.

President Trump’s refusal to explicitly condemn white supremacy during the first presidential debate drew muted concern from some Republicans on Capitol Hill, while others defended his remarks.

Reporter: “Do you find that concerning, the president’s refusal last night during the debate, to condemn white supremacist groups?” “I think he misspoke in response to Chris Wallace’s comment. He was asking Chris what he wanted to say. I think he misspoke. I think he should correct it. If he doesn’t correct it, I guess he didn’t misspeak. Thank you.” Reporter: “He was asked about condemning white supremacy —” “He should have been very clear, and he should have made it very clear, that there is no room for people on the far-left or the far, far-right — when it comes to either antifa or these white supremacist groups. He should have been very clear.” Reporter: “So were you a little disturbed by that?” “Well, today I, like I said, I saw it afterwards. I was hoping for more clarity.” “You know, we didn’t get great clarity from the debate last night about the differences in vision for the future of this country, and I did think that that was unfortunate.” 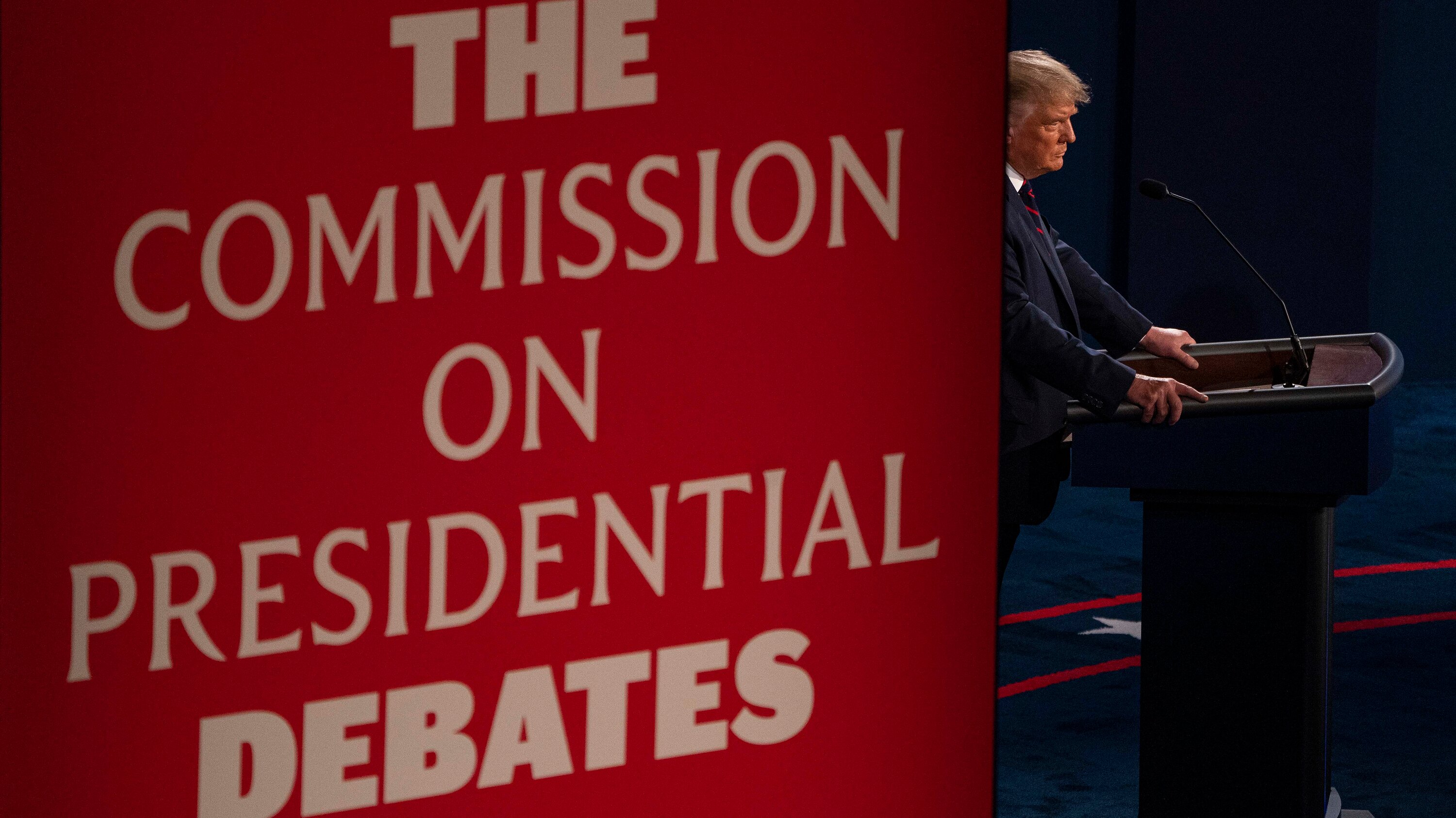 The president’s comments on Wednesday came after Senator Tim Scott of South Carolina, the chamber’s only Black Republican, said that “white supremacy should be denounced at every turn. I think he misspoke, I think he should correct it. If he doesn’t correct it I guess he didn’t misspeak.”

Senator Mitch McConnell of Kentucky, the majority leader and a close ally of the president’s, told reporters Wednesday that he agreed with Mr. Scott, sharply rebuking Mr. Trump’s refusal to categorically denounce white supremacy during the presidential debate Tuesday night.

“With regard to the white supremacy issue, I want to associate myself with the remarks of Tim Scott,” Mr. McConnell said. “He said it was unacceptable not to condemn white supremacists and so I do so in the strongest possible way.”

Other Senate Republicans on Capitol Hill largely sought to distance themselves from the president’s remarks at the debate, and urged Mr. Trump to clearly denounce white supremacy.

Senator John Thune of South Dakota, the No. 2 Republican, said Mr. Trump should “clear it up.” Senator Bill Cassidy, Republican of Louisiana, told reporters “he should unequivocally condemn white supremacy.” Senator Susan Collins, Republican of Maine, told reporters “it was the least educational debate of any presidential debate I’ve ever seen” and said that Mr. Trump should “absolutely” condemn white supremacy.

So on Wednesday Mr. Trump addressed the issue, retreating from his debate night comments that the Proud Boys, a far-right group that has endorsed violence, should “stand by.” Speaking to reporters as he left the White House for a campaign trip to Minnesota, he said: “I don’t know who Proud Boys are, but whoever they are, they have to stand down, let law enforcement do their work.”

Mr. Trump has often been criticized for failing to denounce racist, white supremacist and violent right-wing groups. After a white nationalist rally in Charlottesville, Va., in 2017 turned deadly, the president did not initially specifically criticize white supremacists or the neo-Nazi slogans that were chanted, blaming “hatred, bigotry and violence on many sides.”

And at the debate on Tuesday, Mr. Trump diverted a question about whether he would condemn white supremacists and militias into an attack on left-wing protesters.

“Are you willing, tonight, to condemn white supremacists and militia groups and to say that they need to stand down and not add to the violence in a number of these cities as we saw in Kenosha and as we’ve seen in Portland?” Chris Wallace, the moderator, asked the president.

“Sure. I’m willing to do that,” said Mr. Trump, but quickly added, “Almost everything I see is from the left wing. Not from the right wing.”

When Mr. Wallace pressed on, the president asked, “What do you want to call them?”

When Mr. Biden pointed out that Mr. Trump’s own F.B.I. director, Christopher A. Wray, had said that antifa was an idea, not an organization, the president replied, “Oh, you’ve got to be kidding.” (Mr. Wray also said this month that “racially motivated violent extremism,” mostly from white supremacists, had made up a majority of domestic terrorism threats.)

The president’s words prompted celebration by members of the Proud Boys.

“I don’t know any of my colleagues who would have problems because of that,” Mr. McConnell said.