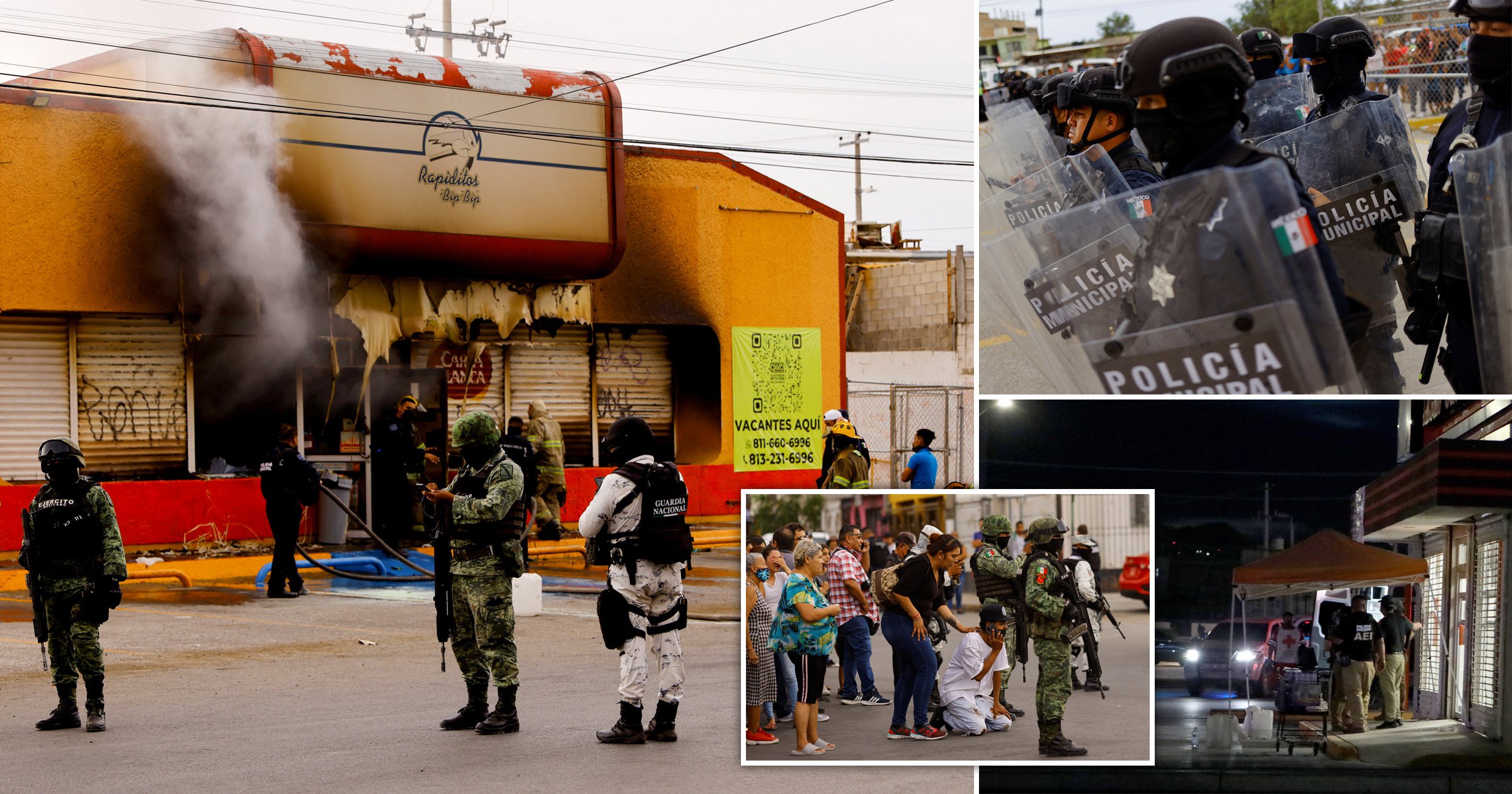 A gang riot in a major city on the US-Mexico border has left at least 11 dead and many more wounded.

The Mexican government said the violence in Ciudad Juarez, which is just south of El Paso, Texas, was connected to Joaquín ‘El Chapo’ Guzmán’s Sinaloa Cartel.

The violence began during what authorities are a calling a ‘gang riot’ between two rival cartels in a border prison.

Ricardo Mejía Berdeja, Mexico’s undersecretary for security, said a group of Sinaloa cartel members were attacked by a rival gang, Los Mexicles, inside a prison around 1pm on Thursday.

According to Berdeja, two people were killed by gunshots in the chaos. Twenty inmates were injured in the fight – four by gunshots and the rest by physical blows.

Mexican authorities were able to eventually get control over the situation inside the prison, but by that time the violence had spread out onto the streets.

‘This criminal group, Los Mexicles, began to carry out riot actions and attacks against the civilian population in Ciudad Juarez, resulting in nine deaths,’ Berdeja said.

Gang members outside the prison began shooting up and retaliating against local businesses.

Two women were killed and a third was wounded at an attack on a Juarez food shop. The store was then set on fire.

Another four people, employees of radio station MegaRadio, were shot to death outside a pizzeria. The radio workers were broadcasting a live promotional event at the store.

‘Immediately, I ordered operatives to be deployed in the city,’ she said on Twitter. ‘The entire force of the state, together with the federal and municipal authorities, are focused on restoring order and peace.’

She added: ‘The people of Juarez are not alone.’

President Andres Manuel Lopez Obrador said that ‘they attacked the civilian, innocent population like a sort of revenge’.

‘It wasn’t just the clash between two groups, but it got to the point in which they began to shoot civilians, innocent people,’ he said.

Guzmán is currently serving a life sentence in the US for drug trafficking and money laundering charges.