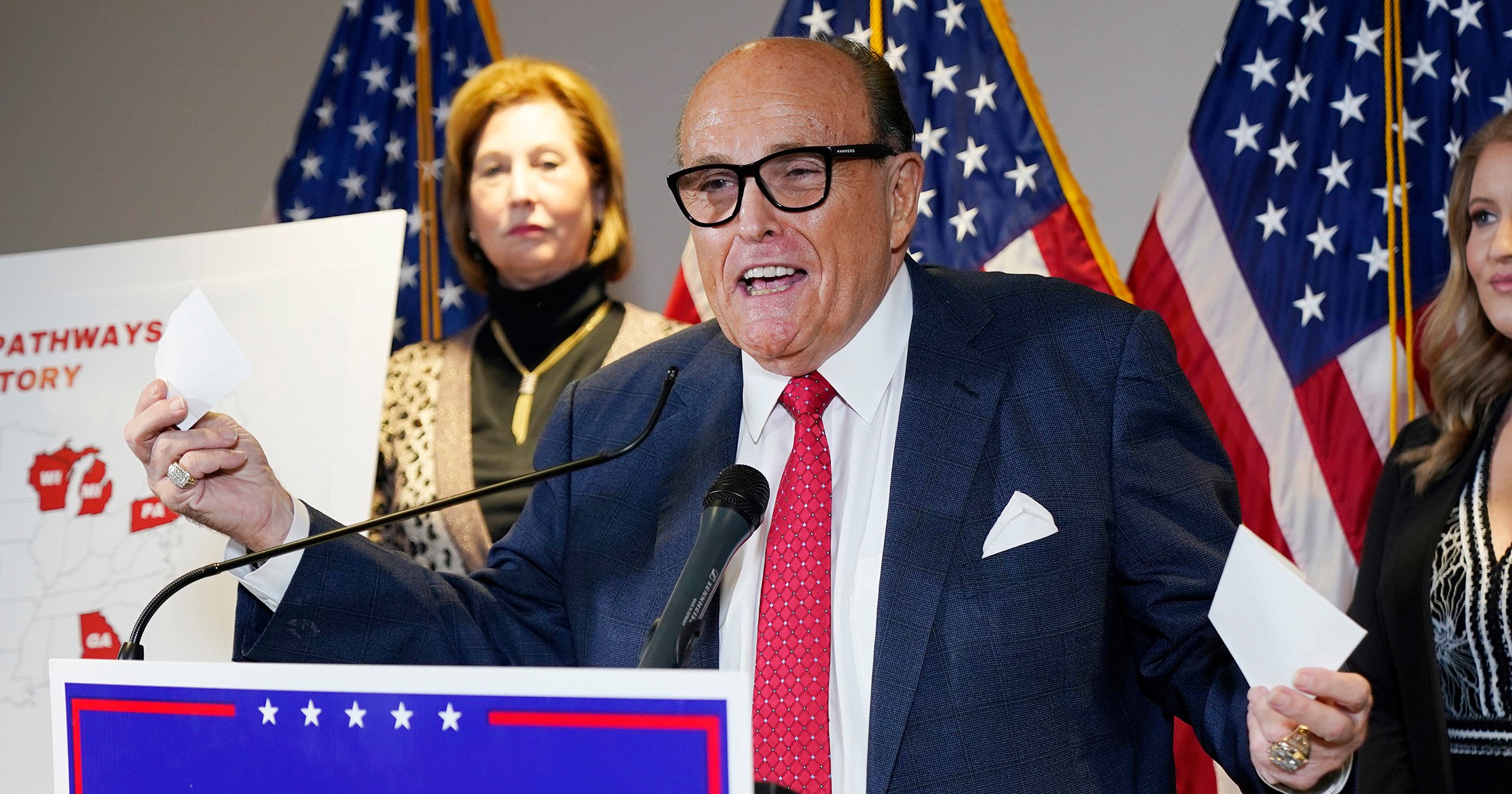 Rudy Giuliani has been ordered to testify as a witness before a Georgia grand jury as part of an investigation into possible 2020 election interference by former President Donald Trump.

Giuliani, a former Trump lawyer and New York City mayor, played a large role on legal side of efforts made by Trump to overturn the 2020 election results in swing states that were won by Joe Biden, including Georgia.

Giuliani was directed by a New York Supreme Court Justice to appear before a special grand jury in Georgia as a ‘material witness.’ That probe, conducted by Fulton County District Attorney Fani Willis, will look into any ‘coordinated attempts to unlawfully alter the outcome of the 2020 elections.’

Giuliani and seven Trump lawyers were subpoenaed in late June, but the order for him to appear in Georgia came after he failed to show at a New York hearing to challenge the subpoena for his testimony.

According to the subpoena, Giuliani spread false claims of ‘widespread voter fraud’ in Georgia during legislative hearings.

‘There is evidence that [Giuliani’s] appearance and testimony at the hearing was part of a multi-state, coordinated plan by the Trump Campaign to influence the results of the November 2020 election in Georgia and elsewhere,’ the subpoena said.

A subpoena has also been issued to Republican Senator Lindsey Graham of South Carolina, who has taken steps to not testify, as well as several of the Trump campaign’s former legal advisers.

In a court filing Wednesday, Willis said that Giuliani has been ordered to appear before the grand jury on August 9, as well as any such dates that the court may order.