Bodies of Tala and Rotana Farea were found taped together at a riverbank in New York without obvious signs of trauma. 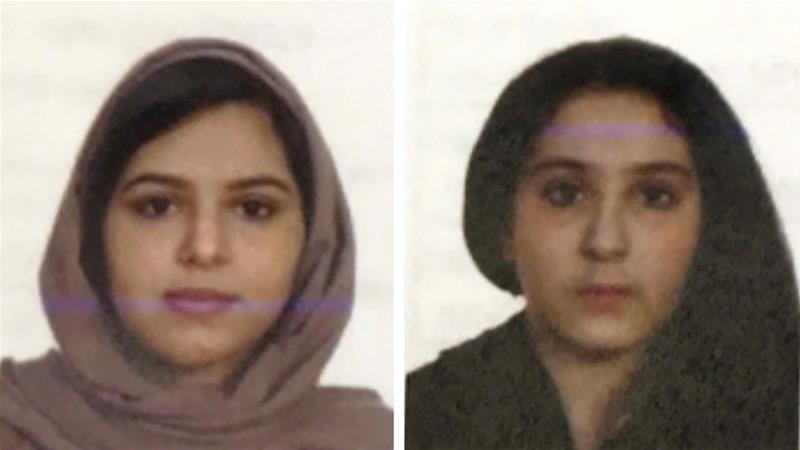 Saudi Arabia has denied any involvement in the death of two Saudi sisters studying in the United States, a spokesperson for the kingdom’s embassy in Washington, DC, said.

The two young women, identified as Rotana Farea, 22, and her sister Tala, 16, were found on the banks of the Hudson River on October 24 with no visible signs of trauma.

The women were dressed all in black and bound together at the ankles and waist by duct tape.

According to local media reports, the sisters’ mother told US detectives that she had received a phone call from the Saudi embassy in Washington ordering the family to leave the US.

The sisters had reportedly applied for political asylum in the US.

However, the Saudi embassy spokesperson denied the women were ordered to come back to Saudi Arabia.

“Reports that we ordered anyone related to the Saudi sisters to leave the US for seeking asylum are absolutely false,” Fatimah Baeshen said on Twitter on Saturday.

“Details are still under investigation and will be shared in due course.”

The sisters had a history of running away from their family’s home in Virginia where they had not lived since the end of 2017.

Investigators said they had not determined the circumstances surrounding their fate, but were “puzzled” as to how they came to be found dead on a riverbank more than 400km from their family’s home.

They had been placed in a shelter but left Fairfax County in August and set out for New York.

They stayed in several different upscale hotels in the city and maxed out a credit card, according to an New York Police Department (NYPD) spokesman quoted by US media.

A witness reportedly saw the two girls early on October 24 on a playground near the Hudson, where they appeared to be praying.

The NYPD said the two sisters were alive when they entered the river that separates New York from New Jersey.

On Friday, the police said they had no evidence indicating that two sisters had been killed.

“There is nothing pointing to a crime as of yet,” said an NYPD spokesperson, adding that “it is still very much a live investigation” without providing details of any probable cause of death.

Suicide is among the hypotheses as to the cause of their deaths.

The case has received considerable media exposure in the aftermath of the killing of Saudi journalist Jamal Khashoggi at Saudi Arabia’s consulate in Istanbul.

The New York Police Department sent a detective to Virginia to learn more about the sisters.

Chief of detectives Dermot Shea said they were interested in finding out what happened since they were reported missing, and what led them to New York City.

“We are looking at all clues in their past life,” Shea was quoted as saying.