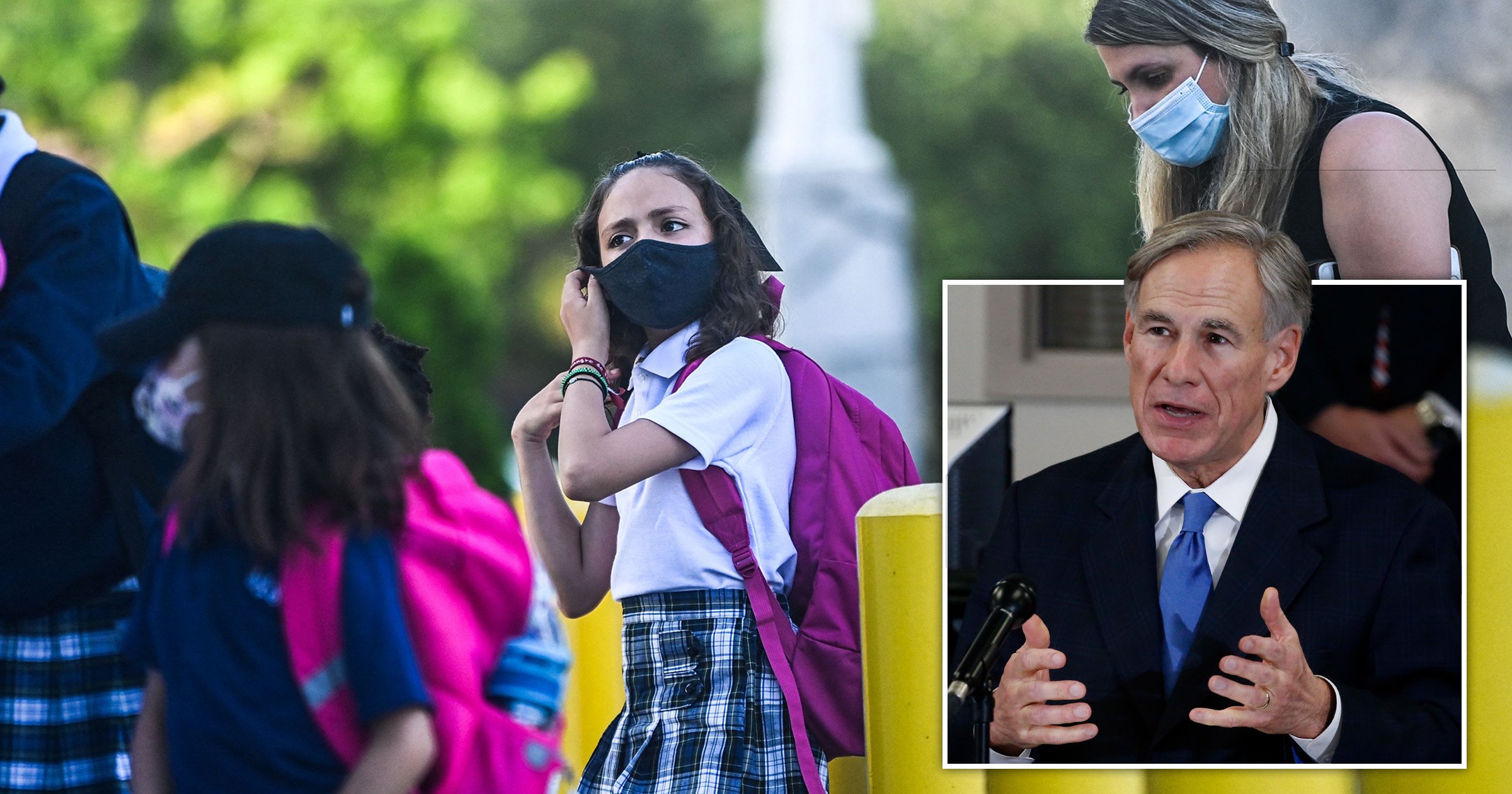 Masks will be part of one school district’s dress code this fall in order to bypass Texas Governor Greg Abbott’s ban on mask mandates.

The Paris Independent School District announced the amendment to its dress code on Tuesday, the same day that the Republican governor disclosed he had tested positive for the coronavirus.

Abbott issued an executive order in July banning school districts and local governments from making face coverings mandatory. It came with a $1,000 fine for violations.

During a recent board meeting, Paris Independent School District noted that Abbott does not have the authority to govern or oversee the management of public schools in the district, allowing them to add masks to the dress code.

‘Nothing in the Governor’s Executive Order 38 states he has suspended Chapter 11 of the Texas Education Code, and therefore the Board has elected to amend its dress code consistent with its statutory authority,’ the board of trustees said in a statement.

The district ‘believes the dress code can be used to mitigate communicable health issues,’ NPR reported. The change to the dress code is not permanent, and will be revisited at each monthly school board meeting.

While the Paris Independent School District was able to circumvent the governor’s executive order, a group representing Texans with disabilities is suing Abbott and Texas’ Education Agency Commissioner Mike Morath over the rule.

Disability Rights Texas, a federally-designated legal protection and advocacy agency for Texans with disabilities, filed the lawsuit late Tuesday on behalf of 14 children and their families, ABC 13 reported.

‘Under (Abbott’s) order, parents of these children face an untenable choice: educate their children at school and expose them to potential severe illness, long COVID and even death or keep their children home, where they will receive a fraction of their education in one of the least integrated settings available with limited to no exposure to non-disabled peers,’ said attorney Tom Melsheimer of Winston & Strawn, a pro bono firm which filed the suit.

Abbott, who has staunchly opposed face masks, was infected with Covid-19 days after a campaign event with an large unmasked crowd at the Republican Club of Heritage Ranch in north Dallas.

The 63-year-old governor reportedly had taken a third booster dose of a coronavirus vaccine.

‘Governor Abbott is fully vaccinated against Covid-19, in good health, and currently experiencing no symptoms,’ Abbott’s office said in a statement on Tuesday.

Despite Abbott’s ban on masks, local leaders in cities including Houston, Dallas, San Antonio and Austin have defied the order, leaving their mask mandates in place, NPR reported.