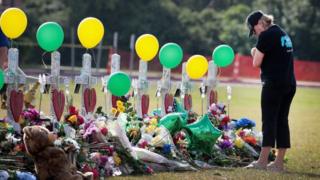 A man who claimed to be a substitute teacher and survivor of a school shooting in Texas in 2018 never actually worked at the school, officials say.

David Briscoe told news outlets he had protected students from harm while working at Santa Fe High School, where 10 people were killed.

The Texas Tribune revealed the truth behind his false claims on Monday.

But not before CNN, Wall Street Journal and others had published his lies.

Mr Briscoe told CNN at the time he had been teaching English when he heard screaming and gunshots.

He said he had barricaded his classroom door with tables and desks, turned off the lights and telling his students to get down.

“It felt like hours before we got out of the school, but one of my students said it was 30 to 45 minutes,” Mr Briscoe told the news outlet. “I had around 10 to 15 students and I’m grateful they were safe.”

On Monday, Texas Tribune journalist Alexandra Samuels revealed Mr Briscoe had contacted her in April 2019 to do a follow-up piece in light of recent suicides by mass shooting survivors. 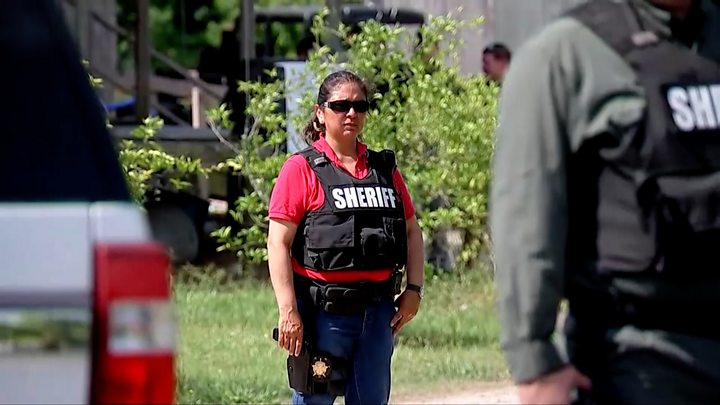 She says she spoke to him on the phone for 31 minutes, during which he claimed to have “quit teaching after the massacre” and had become depressed.

He said “just knowing that there’s blood on the walls” meant he could not go back to the school.

The “insane story” roused her suspicions and the journalist contacted the local school board who confirmed no one of his name had ever worked in the district.

“We are extremely disappointed that an individual that has never been a part of our school community would represent themselves as a survivor of the mass violence tragedy that our community endured,” Santa Fe ISD Superintendent Leigh Wall said in a statement.

“This situation illustrates how easily misinformation can be created and circulated, especially when the amount of detailed information available is limited due to the still ongoing investigation.”

A student is in custody facing murder charges for the killing of eight other students and two teachers in the May 2018 attack, the fourth deadliest shooting at a US school in history.

Some original stories that included his accounts have been corrected by outlets since the allegations emerged on Monday.

After tweeting about the shooting at the time, the account @Daviddbriscoe was approached by the BBC.

Mr Briscoe claimed in a private Twitter message to have been a teacher at the school who had got scared and had left the scene. The BBC did not pursue him further or use any of his quotes in their coverage.

Social media handles registered to his name have now been deactivated or had their names changed.