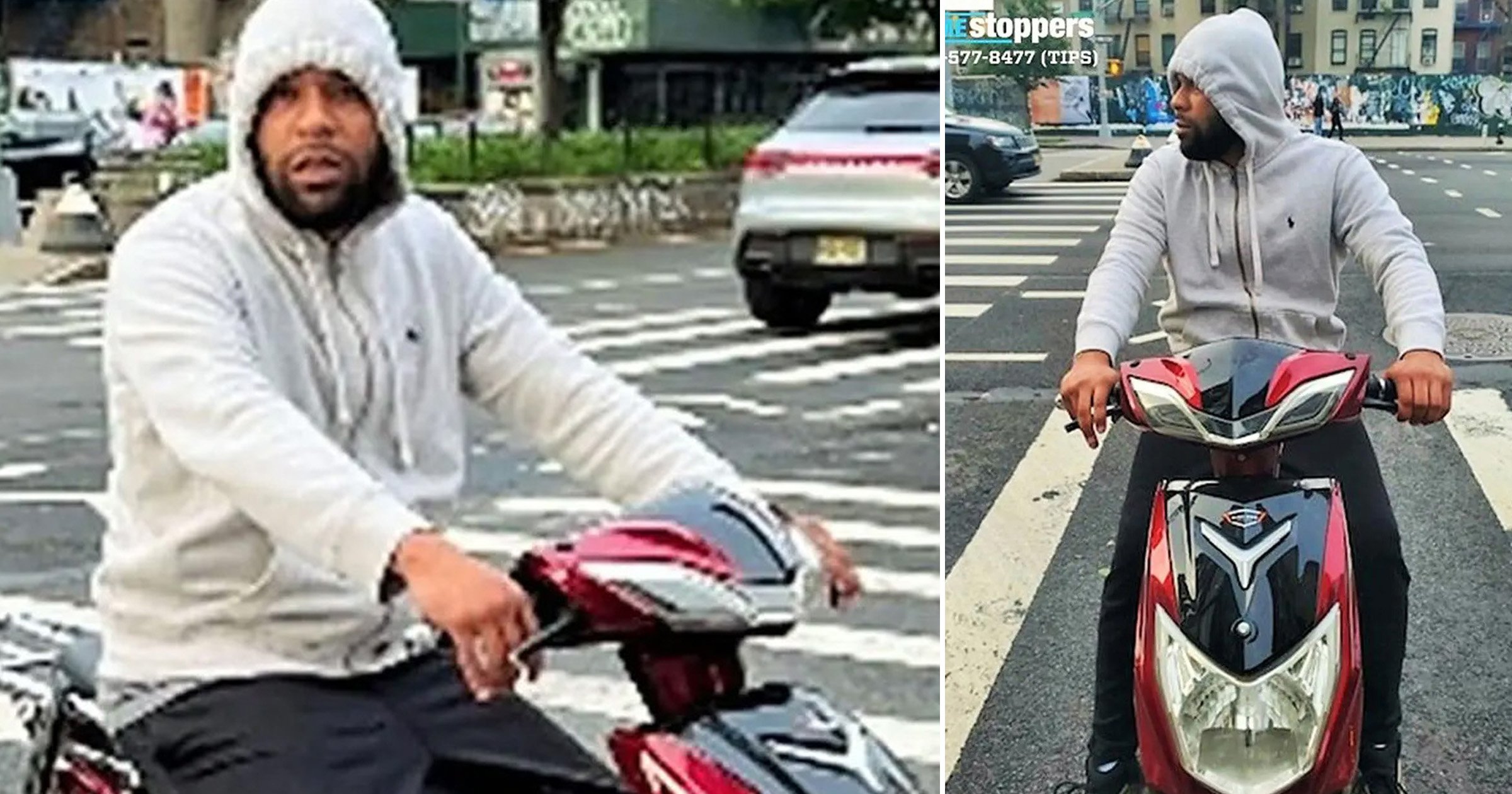 A man riding a scooter struck and injured a two-year-old boy and fled after the hit-and-run.

Police are searching for the scooter rider who hit the toddler as the boy was crossing a street in New York City with his father earlier this month.

The incident occurred on June 2 at 7.40pm near the intersection of East Houston and Suffolk streets in the Lower East Side neighborhood, according to the New York Police Department.

‘A 2-year-old boy was crossing the street with his father when he was struck by the suspect in a 2-wheeled scooter & fled the location,’ the police department tweeted on Friday morning.

Police said the toddler suffered scrapes all over his body and that emergency responders evaluated him at the scene, according to the New York Post.

Two images of the suspect tweeted out by cops showed him wearing a light-colored hoodie and sitting on a red and green-colored scooter.

Anyone with information on the incident is urged to contact New York Police Department Crime Stoppers.

The scooter hit-and-run occurred days before a BMW driver struck a 12-year-old girl in the Bronx and fled the scene. Video from the June 5 crime near Boone Avenue and East 174th Street showed the girl flipping over the car’s hood and roof, and her shoes flying in the air. The impact moment is slightly blurred in the clip.

Though the driver stopped for a moment, the footage shows the vehicle pulling away.

The girl, identified as Nevaeh Joseph, was running out between the parked cars before the dark-colored BMW hit her. She sustained cuts and bruises.

‘She’s traumatized and in a lot of pain from head to toe,’ her mother Christine Cruz told ABC 7.